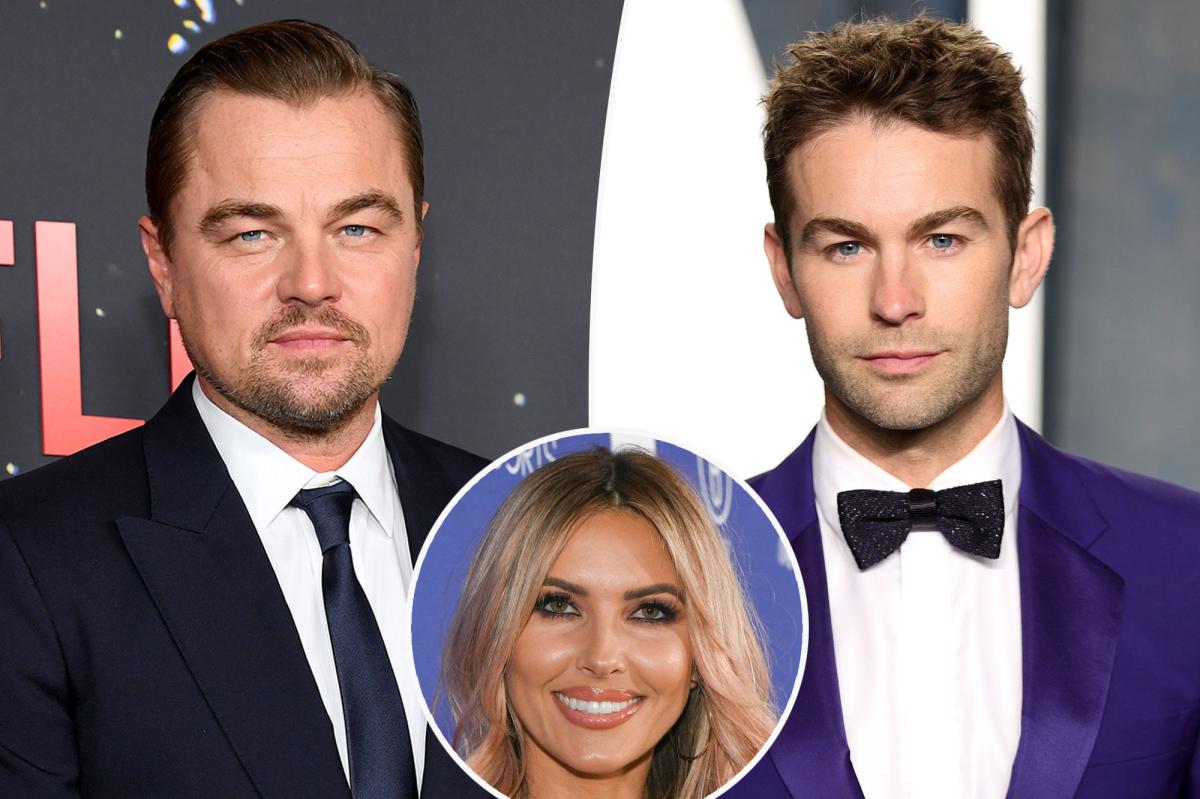 Audrina Patridge claims she once caught the eye of infamous bachelor Leonardo DiCaprio during her “Hills” heyday.

The MTV star recounts in her new memoir, “Choices: To the Hills and Back Again,” being flown out to Las Vegas to attend a prince’s birthday party when she ran into the A-lister.

“I was there with a few of my castmates from the film ‘Sorority Row,’ as well as Megan Fox and Brian Austin Green, and even Leonardo DiCaprio,” Patridge, 37, writes.

After the royal birthday festivities, the group headed to a club. It was there that DiCaprio, now 47, allegedly made a move on the young reality star.

“This bouncer kept coming over to me and saying that Leo would like to get me a drink at his table. I looked over at his table, and he was surrounded by supermodels. It was intimidating!” she continues, adding that while she said she would go over and say hello, she never went.

Patridge claims that DiCaprio eventually made his way over to her table and introduced himself.

“I told him I knew who he was, obviously, and we chatted for a while. He asked for my phone number, and we texted a little after the trip to Vegas, but we never actually hung out,” she admits.

Because DiCaprio was notoriously private, Patridge points out that her “constant filming for ‘The Hills’ and the paparazzi attention” made it impossible to date.

According to the Prey Swim founder, her reality TV recognition also contributed to her 2009 split from actor Chris Pine.

Meanwhile, years after the first iteration of “The Hills” ended, Patridge claims she and Chace Crawford — who ran in the same social circle — got flirty during a chance encounter in Malibu.

“I ran into him in Malibu at a friend’s house, and what can I say — sparks were flying,” she writes. “We ended up staying there with our friend at this gorgeous mansion right on the beach for a long weekend, and we were just inseparable.”

After days playing pool and swimming with the hunky “Gossip Girl” alum, now 37, Patridge claims they “really connected” and took their “friendship to another level.”

Once the weekend was over, though, Patridge says she turned down Crawford’s offer for a ride home. They “made promises to get together soon,” she claims, but never entered into a serious relationship.

It wasn’t long before Patridge resumed her on-and-off relationship with now-ex-husband Corey Bohan. The mother of one — who shares daughter Kirra, 6, with the former BMX athlete — finalized their divorce in 2018.

“Choices: To the Hills and Back Again” is out now. Page Six has reached out to reps for DiCaprio and Crawford for comment.

A League of Their Own Creators Already Have a Plan For Season 2
Top 5 Most Controversial Husbands Of Real Housewives
“I will do what I can for damage control”: Abortion Information Misinformation within Oklahoma City’s METRO Library
Cynthia Bailey: Kenya Moore and Phaedra Parks ‘got along’ at Teresa’s wedding
Euphoria’s Sydney Sweeney Channels Not Cassie But Maddy on the Red Carpet