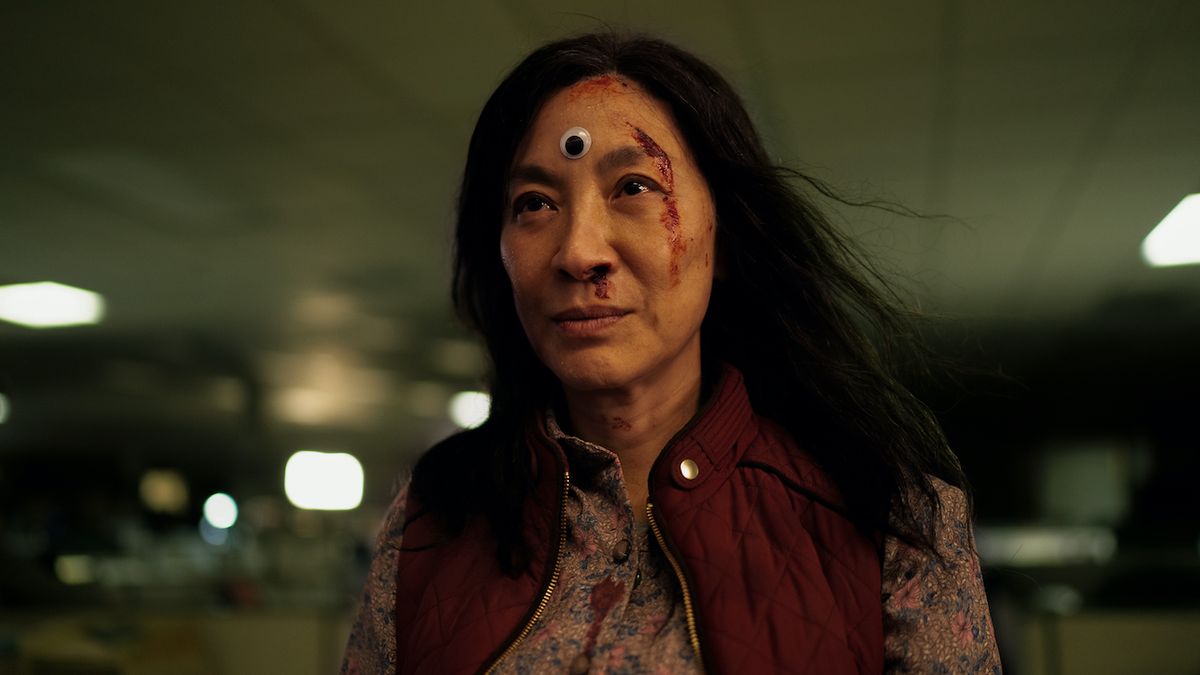 Everything Everywhere All at Once became the biggest surprise hit of 2022 so far. The film only scored a major box office milestone for A24, but achieved critical acclaim with star Michelle Yeoh being singled out for her performance. Looking at the multiverse comedy’s success would have any actor feeling left out of the madcap fun. That’s what happened as Yeoh revealed how she called out action legend Jackie Chan for passing up on her role in the film.

The martial arts legend missing out on the opportunity to star in the experimental action-comedy came up as the Crazy Rich Asian matriarch was interviewed by The Guardian. The film’s directing duo The Daniels revealed the Rush Hour actor was their first choice. Originally, Yeoh was cast as the wife with Chan set to headline the movie. But given the film icon’s busy schedule, he couldn’t commit to the film. Eventually the focus shifted from the husband to the wife, leading to the most acclaimed role of the actress’ decades-long career. But according to the Everything Everywhere actress, the actor was remorseful about passing up the film.

The Last Christmas actress had to rub the film’s success in her dear friend’s face. She was surprisingly blunt in her response, but you can do that when you’ve been friends for decades. Being two of Hong Kong’s top action stars, her response hinted at the competitive nature the two friends still share. It would’ve been nice to see two screen legends quell their alternate daughter’s multiverse takeover. But viewers won’t have gotten the return of onscreen husband Ke Huy Quan if the Hollywood veteran had signed on. Maybe the action star could pop up in a potential sequel.

Of course, Chan and Yeoh have starred in two seminal action movies. She served as the female lead to the Shanghai Knights actor in the cult classic Police Story 3: Super Cop. The sequel’s success led to the actress headlining the spinoff Super Cop 2, in which the Hollywood icon made a cameo. They first met on the set of a commercial in 1984. So, the two action stars have a long history together.

The acting legend has been acknowledging the indie film’s impact for some time. She acknowledged self-professed Everywhere Everything fan Andrew Garfield rocking the infamous hot dog fingers. The film even sparked a multiverse rivalry between the comedy and Doctor Strange 2. Co-star Jamie Lee Curtis has been calling out the Marvel film at every opportunity, including poking fun at greenscreen usage in the sequel. So, it appears everyone wants in on Everything Everywhere All at Once-mania.

Of course, the multiverse comedy is currently still pulling in and mystifying audiences in theaters. There are more upcoming indie films coming in 2022 for moviegoers to watch and support.

Savannah Chrisley reflects on ‘post-storm’ life after parents’ fraud conviction
Taika Waititi Reveals The Hilarious Way The What We Do In The Shadows Movie Is Tied To The Hobbit Trilogy
Vicki Gunvalson Denies Sending Hundreds Of Texts To Dorinda Medley; Dorinda Still Upset Vick Doesn’t Like Her Home
RHOBH’s Erika Jayne Gets Real About Dating and Men Being “Afraid” of Her
Kate Spade Extra 40% Off Clearance Sale: Score Outlet-Level Savings on Bags & More Starting at Just $8