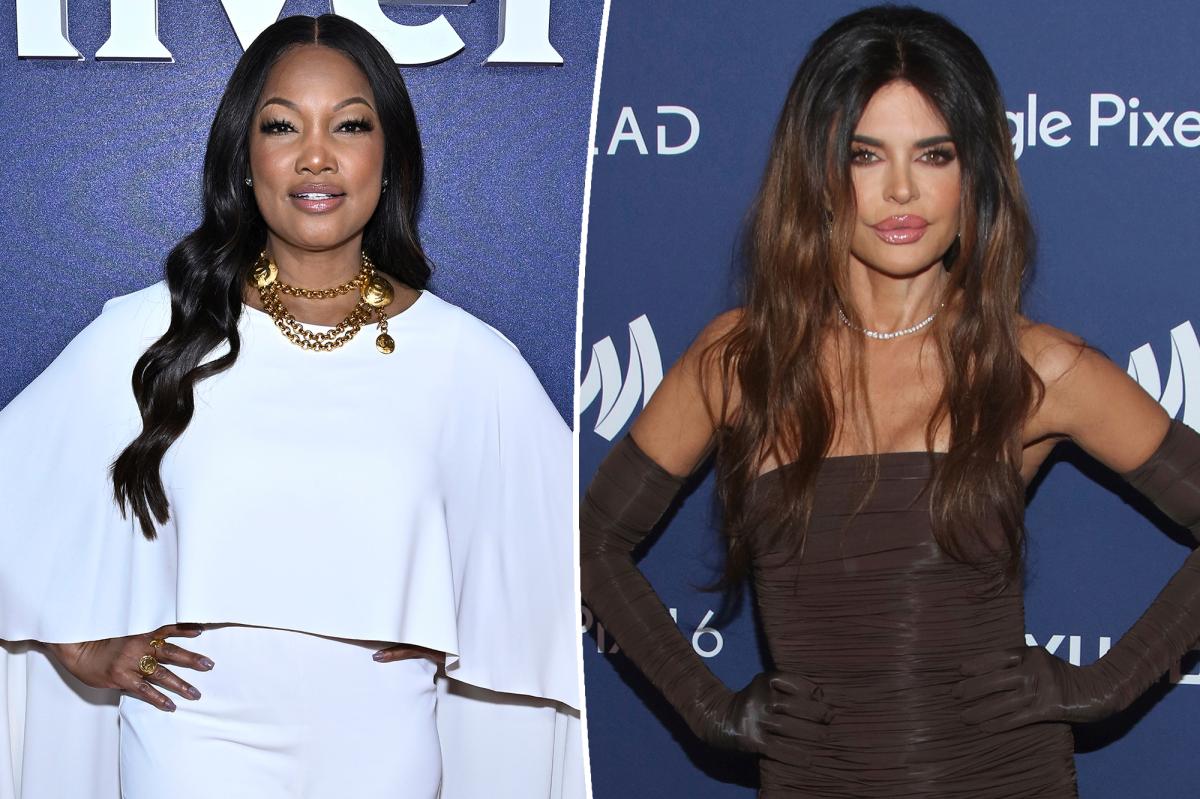 Garcelle Beauvais equates her relationship with Lisa Rinna to a romance gone wrong.

“There are tensions, so it’s like seeing an ex-boyfriend,” the “Real Housewives of Beverly Hills” star, 55, exclusively told Page Six Monday at the 2022 NBCUniversal upfront at the Mandarin Oriental hotel in New York City.

Beauvais went on to say that she “[doesn’t] know” how to describe the current state of her friendship with Rinna, 58, as she hasn’t seen her frenemy in quite some time.

However, the pair are set to present together — alongside the rest of the “RHOBH” cast —  at the  2022 MTV Movie & TV Awards: Unscripted show on June 5. The series is nominated for Best Docu-Reality Show.

Beauvais told Page Six that she anticipates her backstage interactions with Rinna to be “quiet.”

“We haven’t done that yet, but I’m sure it will be [super uncomfortable] because we don’t want to give anything away because of the reunion,” she said, implying a plan to curtail conversations with the former Depends spokesperson until they step on stage with Andy Cohen.

Asked if she hopes to one day repair her relationship with Rinna — a fellow actress whom Beauvais knew for decades before “Beverly Hills” — the “Love Me as I Am” author seemed indifferent.

During Season 11, Rinna accused Beauvais of not expressing enough thanks to her husband, Harry Hamlin, for gifting Beauvais a homemade jar of pasta sauce. The two also grew further apart as Beauvais questioned Erika Jayne about her ongoing legal woes as Rinna grew closer with the embattled “Pretty Mess” singer.

Meanwhile, Rinna is campaigning against Beauvais’ close pal, Sutton Stracke, on social media. Rinna has seemingly held a grudge against Stracke, 50, for claims made last fall about her attendance at Elton John’s 2019 Oscars party.

Stracke previously said on “Watch What Happens Live with Andy Cohen” that she invited Rinna and Hamlin, 70, as her guests to the annual charity event and never received a “thank you.”

Rinna wrote on her Instagram Story this month that she and Hamlin have been attending John’s event since 2006 and asserted that she and the actor were “never guests of Sutton Stracke ever.”

More recently, Rinna branded Stracke a “gold digger” and claimed that the cashmere designer accumulated her wealth solely through her 2016 divorce from millionaire financier Christian Stracke.

That insult came in response to Stracke’s remarks on the “Beverly Hills” Season 12 premiere, sniping that Rinna’s friend Jayne, 50, was only interested in dating “rich” men after filing for divorce from disgraced attorney Tom Girardi in November 2020.

“It’s unfortunate because I feel that Sutton’s always getting the brunt of it,” Beauvais told Page Six of Rinna’s online attacks. “But [Sutton] is stronger than you think.”

The former co-host of “The Real” teased that Stracke finds her voice — and a stronger will to defend herself against both Rinna and Jayne — throughout the latest “RHOBH” installment.

Khaby Lame Dethrones Charli D’Amelio As Most Followed TikToker: What to Know About the Him
Family loses bid to have gay dad named on birth certificate instead of surrogate’s husband
Kathryn Dennis slams ‘petty little bitch’ Naomie Olindo on ‘Southern Charm’
Book Riot’s Deals of the Day for June 20, 2022
Tom Cruise’s Top Gun: Maverick Has Crossed A Huge Box Office Milestone For The Pandemic Era