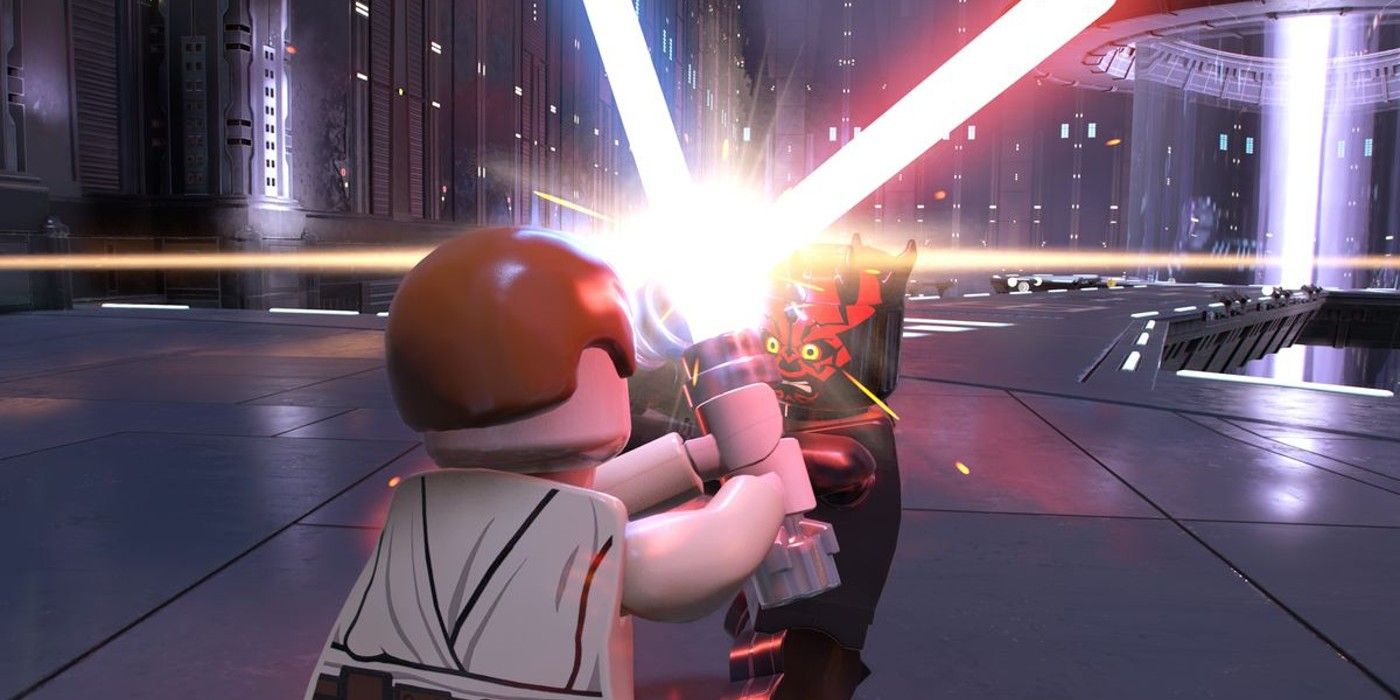 After three delays, TT Games confirmed the LEGO Star Wars: Skywalker Saga release date in the latest trailer. The new entry will release on April 5, 2022, meaning fans won’t have to wait much longer to play it. After years of prolonged silence, many were concerned about the state of the game, but the latest gameplay trailer seems to put some fears to rest. Nonetheless, it seems like it was a bumpy and unpleasant ride to get the game to where it is today.

In a new report from Polygon, LEGO Star Wars: The Skywalker Saga was delayed a number of times due to TT Games staff members being moved to other projects, new features being added and then subsequently removed, and struggles with a new internal engine which will reportedly not be used on future games. Although the LEGO Star Wars: Skywalker Saga gameplay trailer makes the game look like a blast, it sounds like it has been extremely difficult to make. Developers believe the project will satisfy fans, but are questioning the lengths it took to pull it off, with some reporting 80 – 100 hour work weeks.

Some employees also reported experiences with managers and high-level executives at the company badgering employees who tried to go home on time, even resulting in some people being followed out of the building. With LEGO Star Wars: The Skywalker Saga being touted as the developer’s most ambitious game, it’s no surprise it took a while to make, but it sounds like a lot of the struggles were completely avoidable.

On top of an expansive story and open world, the new LEGO Star Wars will shake up the combat and gameplay formula that the LEGO games have relied on for many years. It sounds like the team has a lot of high expectations for the incredibly ambitious game, but it remains to be seen how it will deliver. Nonetheless, with LEGO Star Wars: The Skywalker Saga just around the corner, fans won’t have to wait long to see if and how the developer has succeeded.

Next: All LEGO Star Wars: The Skywalker Saga DLC Packs Confirmed So Far

Cade Onder is a 20-year old video game, movie, and chicken tender enthusiast. He has been writing about games since he was 14 and is always trying to learn more about the gaming industry. You can follow him on Twitter @Cade_Onder for bad jokes, bad takes, and pictures of chicken tenders.

Pete Davidson to Depart SNL
2022 Billboard Music Awards: Olivia Rodrigo’s Major Wins Will Have You Saying “Good 4 Her”
Vince Camuto Sale: Last Day to Shop These 15 Finds Starting at $7
The Downton Abbey Cast Reveals What It’s Like to Reunite for A New Era
15 Surprising Under $20 Finds From West Elm’s Sale Section