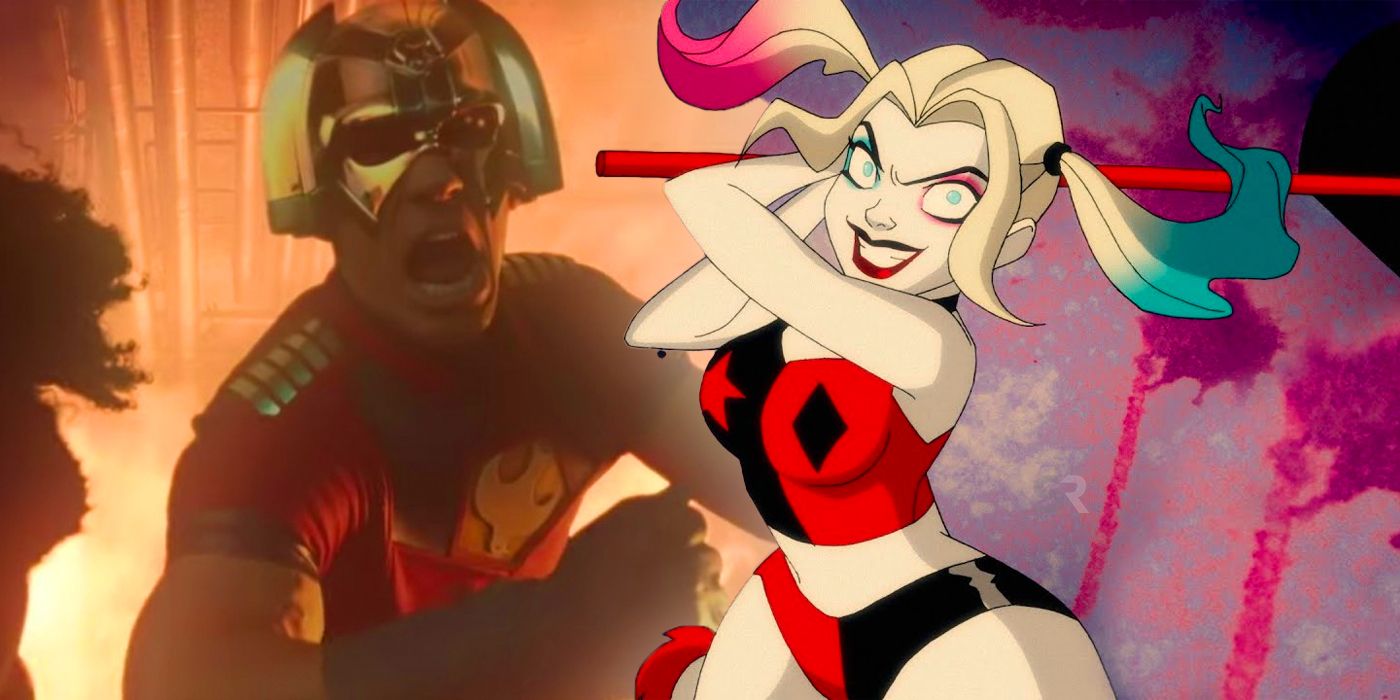 Patrick Schumacker, the creator of the Harley Quinn animated series, has shared his views about James Gunn’s newly released HBO Max show, Peacemaker. An offshoot to The Suicide Squad, which last August proved to be a massive critical success for Gunn in his DCEU directorial debut, Peacemaker chronicles the story of John Cena’s eponymous jingoistic antihero. Set in both the past and the present, Peacemaker delves into the origins of the titular superhero/ supervillain, often described as “the world’s biggest douchebag.” Peacemaker aka. Christopher Smith would stop at nothing to achieve his idea of peace, even if that means killing the innocent.

Boasting a star-studded cast including Danielle Brooks, Freddie Stroma, Chukwudi Iwuji, Jennifer Holland, Steve Agee, and Robert Patrick, the first three episodes of Peacemaker premiered on HBO Max on January 13, 2022. In the new show, audiences see the protagonist recovering from the injuries he sustained in The Suicide Squad. All healed up, Peacemaker is forced to join a secretive A.R.G.U.S. black ops squad known as “Project Butterfly,” and his new task is to find and kill some mysterious parasitic creatures who are living among humans in disguise.

Related: Why Peacemaker Is A Fan Of Bruce Wayne In The DCEU

It’s been a few days since Peacemaker dropped on HBO Max, and reactions to the show are pouring out from all corners of the world as more and more people are streaming the show. The most recent, notable celebrity to give a review about Gunn’s Peacemaker is the Harley Quinn showrunner. Schumacker recently took to Twitter to share what he thinks of Gunn’s new small-screen outing. In his tweet, he exclaimed that the first three episodes of the show were “an absolute deranged delight,” that pretty much live up to the standards of a James Gunn production. Schumacker is particularly fond of Eagly, Peacemaker’s CGI-added pal and sidekick, and he is really looking forward to seeing what’s in store for the feathered friend on the show. Take a look at Schumacker’s tweet below:

It’s not just Schumaker who thinks that Peacemaker is an entertaining watch. Overall, the series has been subject to generally favorable reviews from critics and fans, with many praising Cena’s central knockout performance that loses no steam between the original movie and spin-off series. Peacemaker‘s harmlessly eccentric dismantling of vigilantism and gruesome action pieces are all thoroughly entertaining. Some, however, argue, that the pace and energy of the series are considerably muted as compared to The Suicide Squad, but that is mainly because the show explores greater emotional depths than its source material, explaining some of the worse qualities of its lead as well as some of his more controversial actions, like killing Captain Rick Flag.

The support from industry peers like Schumacker bodes well for Gunn and Peacemaker. Ahead of the series’ release, there was some contention among viewers, as many feared that Peacemaker would attempt to justify the temperamentally xenophobic disposition of its main character. But as observed from the reactions to the show, that thankfully doesn’t seem to be the case, and Peacemaker appears to be doing a fine job telling the story it’s here to tell. Of course, the show is just three episodes in, but hopefully, the remaining episodes would also not disappoint fans and help score Peacemaker an additional season that James Gunn is keen on making.

Next: Why Peacemaker’s Reviews Are So Great

Freelance writer, journalist, TV critic, and journalist. Fahad has written for several platforms including Dankanator, Movie Aroono, Folkspaper, and various other platforms. Fahad enjoys travelling, reading and badminton. He is an engineering student and a passionate writer.

Mark Hoppus Is “Grateful” to Be in Italy for Travis Barker and Kourtney Kardashian’s Wedding After Chemo
“Nasty” or Not? James Corden’s Hygiene Habits May Surprise You
Watch Maxwell Cover Michael Jackson’s “The Lady in My Life” at the 2022 Billboard Music Awards
Will Conversations With Friends Get a Season 2? The Stars Say…
The Bachelor Alum Ben Higgins Discusses Abstaining From Sex Before Marrying Jessica Clarke