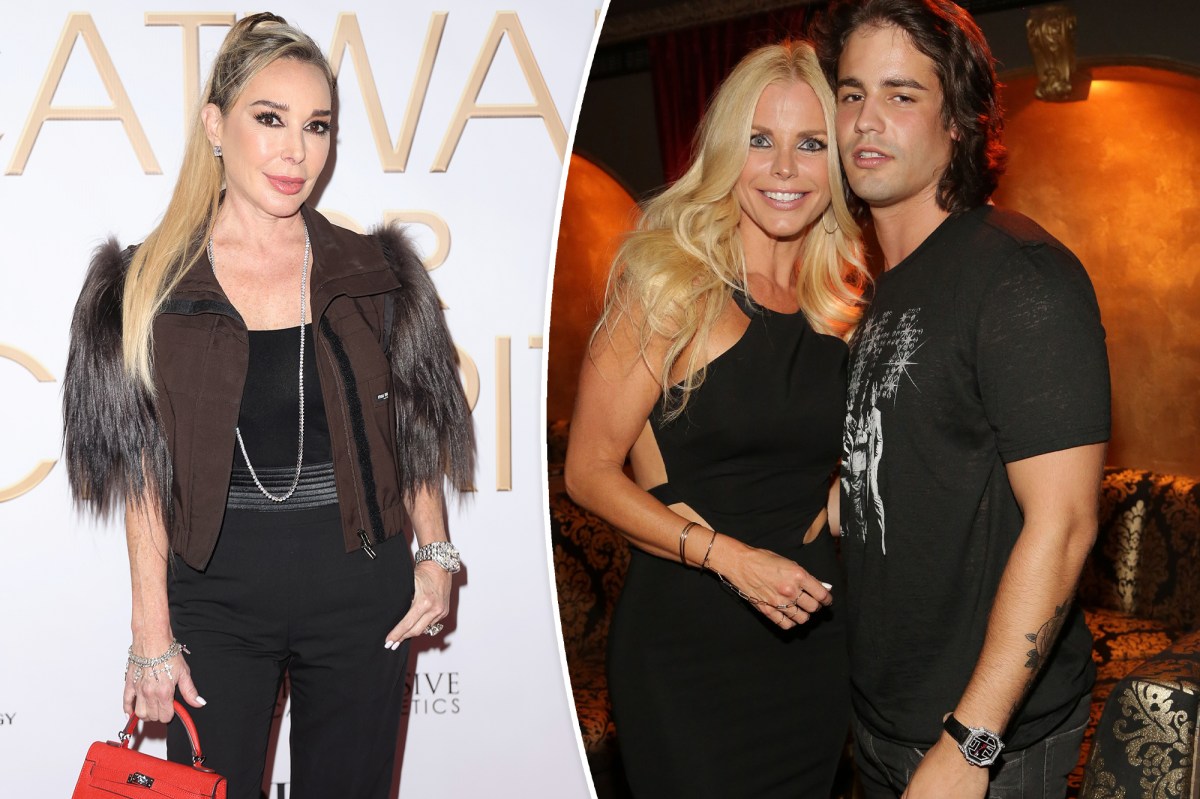 How much drama can one “Real Housewife” handle?

In an exclusive interview with Page Six, Marysol Patton revealed that “Real Housewives of Miami” co-star and BFF Alexia Echevarria had a difficult time processing the news of her son Peter Rosello’s arrest for domestic violence.

“That was hard for her, obviously,” Patton, 55, said, explaining that she checked in with Echevarria, 54, over text after the alleged incident made headlines.

“I said, ‘I know that you probably just want to shut the world off and your phone is blowing up. You call me when you feel better.’ So we kind of spoke a few days later.”

Rosello was taken into custody on Jan. 6 and charged with a battery misdemeanor after being accused of kicking and slapping his girlfriend during a dispute. His bond was set at $1,500 and he was eventually released from jail.

When Patton finally connected with Echevarria, she was impressed by her bestie’s display of strength.

“She felt better,” the Patton Group founder said, explaining that Echevarria’s state of mind improved once Rosello “was out.”

According to Patton, there is more to the story that the public may soon discover, via Echevarria.

“She actually had some very interesting information on exactly what really happened,” she told us. “So, I’m sure she’ll explain.”

As the arrest played out in the press, an explosive two-on-one argument between Rosello, Echevarria and her now-husband, Todd Nepola, aired on Peacock’s “RHOM” reboot.

Nepola, 49, criticized mother and son for perceived missteps in the way they’ve cared for Frankie Rosello over the years. Echevarria’s younger child and Peter’s little brother, 24, has undergone substantial therapy — even having to relearn how to walk and talk — after suffering a nearly fatal car accident in 2011.

“I had so much pain in my heart,” Patton said of her reaction to the scene, which began with a heated exchange between Peter and Nepola before Echevarria entered the room with Frankie to share her thoughts on the situation.

“I was crying when I saw her and Frankie hiding in the kitchen, listening to their conversation. It was killing me. They were just like these two little birds holding on to each other, just peering in, watching this really difficult situation. It’s really hard to watch.”

In the end, the trio resolved their differences and hugged it out with Frankie joining in.

“That’s a testament to who Alexia is as a person and who she is as a mother. She will do whatever it takes to make sure that everything’s OK and that there’s peace in her family,” Patton said of Echevarria, who shares Peter and Frankie with ex Peter Rosello Sr.

“Miami” cameras have captured Echevarria’s search for internal peace, too. Patton supported her pal as she sought closure by meeting with the secret gay lover of her late ex-husband, Herman Echevarria, who died in 2016.

Alexia revealed that she ultimately found healing after an extensive off-camera conversation with Herman’s partner, who answered questions about their relationship in great detail over the course of four hours.

“She knew that this person would be able to tell her if Herman was happy in the end of his life and that’s all that mattered to her,” said Patton, who became misty-eyed while remembering Herman, a man she considered “family.”

“I was like, ‘Wow, that’s beautiful.’ We need to know that Herman was happy and OK at the end. He was a good guy. He took care of everybody,” she continued. “Thinking about him just kind of takes me back. There are so many people from the past that I miss.”

During Bravo’s original run of “RHOM” from 2011-2013, the beloved matriarch — better known to fans as “Mama Elsa” — gained a passionate following for her vibrant personality, witty remarks, psychic abilities and most notably, the unremitting love she had for her daughter.

“When I watched the opening [of ‘RHOM’ Season 4] and I heard her voice, I broke down crying,” said Patton, who “wasn’t expecting” to hear her mother’s musings about Magic City set the tone for the series’ latest installment. “[It was] very emotional for me.”

Patton said that she is touched by the way “everybody remembers” Elsa a decade after she made her reality TV debut.

“I think that it’s helping her be a brighter, happier spirit with all this love coming up to her,” she said.

Patton also noted that a clairvoyant friend has recently delivered messages from Elsa: She is guiding her daughter’s “RHOM” reprisal and approves of her husband, Steve McNamara, whom the publicist wed in 2021.

“He was talking to me in my mother’s voice, saying, ‘I love that man you’re with. He’s so good. And I’m so happy I’m the voice of reason amongst all that nonsense [on ‘RHOM’]. Apparently, she’s happy about it [all].”

“The Real Housewives of Miami” is available to stream on Peacock.