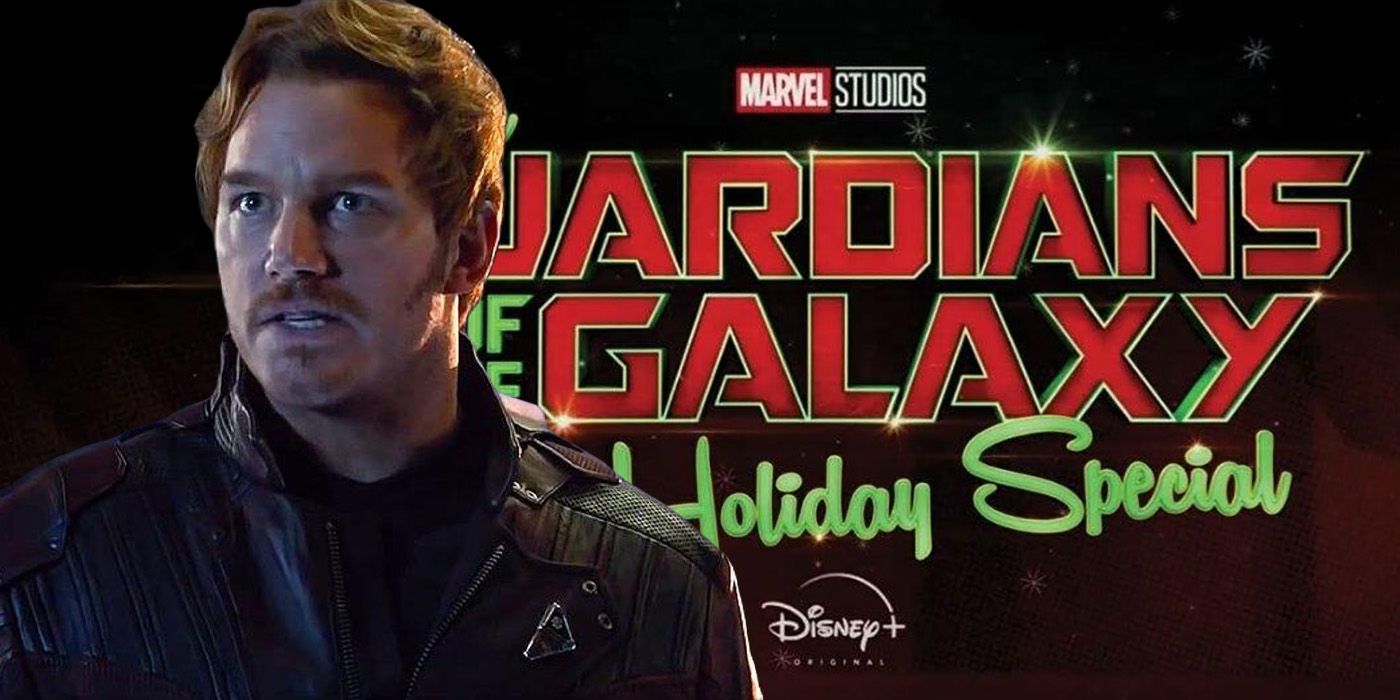 Writer/director James Gunn reveals The Guardians of the Galaxy Holiday Special has yet to start filming due to a surge in Omicron cases. Plot details for the first small-screen special attached to the Marvel Cinematic Universe are currently unknown, though it has been previously reported it will center on Star-Lord, Drax, Rocket, Mantis and Groot getting wrapped up in holiday season shenanigans. The Guardians of the Galaxy Holiday Special will feature the main roster of stars from the film including Chris Pratt, Zoe Saldaña, Vin Diesel, Bradley Cooper, Karen Gillan and Pom Klementieff.

Related: Guardians of the Galaxy 3: Everything We Know About James Gunn’s Story

While speaking with Collider for his upcoming DC series Peacemaker, Gunn offered some new insight into the development on The Guardians of the Galaxy Holiday Special. The writer/director revealed filming has yet to start on the Disney+ special due to the recent surge of Omicron cases in Los Angeles and expressed his excitement to get to work on the project. See what Gunn shared below:

“It’s still upcoming in the shoot. We were supposed to shoot one day in LA, and there’s too much Omicron around, so we couldn’t do it. We’re going to have to fit it in. I haven’t started yet. I’m excited to. It’s fun. The holiday special is… I’m almost jealous of it, even though I wrote it because people freak out so much on how much they love the script for the holiday special that I’m almost like, ‘Well, wait. I’ve got this movie here I’ve been working on for two years. You love the holiday special that I literally wrote in a very short amount of time.’ But, it is really funny and really good.”

As multiple new strains of COVID-19 make a resurgence across the country, various major productions have suffered alongside The Guardians of the Galaxy Holiday Special. Paramount+’s Star Trek: Picard briefly shut down production on season 3 following over 50 crew members testing positive for the virus while ABC has shut down multiple of its shows, including Grey’s Anatomy. However, given the MCU special is only set to run approximately 40-minutes long and will use the same cast and sets as the upcoming movie threequel, it seems likely this brief delay in filming won’t affect it too much.

It should be exciting for audiences to hear the level of anticipation Gunn has to finally get to work on The Guardians of the Galaxy Holiday Special, especially on the heels of making his celebrated debut in the DC Extended Universe with The Suicide Squad and upcoming series Peacemaker. Additionally, with the special set to air later this year for Christmas and help set up the story for Guardians of the Galaxy Vol. 3, expectations are high for what’s to come from Gunn’s return to the MCU. In the meantime, audiences can look forward to the Guardians making their way back to the screen in Thor: Love and Thunder on July 8.

Grant Hermanns is a News Writer for Screen Rant, having just recently joined the team. Way back in 2015 while still in his college days, Grant got his start in the entertainment journalism industry with creator-friendly site Moviepilot until it shuttered nearly three years later. From there he joined the staff at ComingSoon.net and was its Associate Editor prior to coming over to Screen Rant.

To say he’s a lover of film and television would be an understatement and when he’s not mass consuming either you can find him exploring the world of Dungeons & Dragons with friends or slowly making his way through his gaming backlog.

‘RHOSLC’ recap: Jen Shah accuses Meredith Marks of having ‘10 boyfriends’
Book Riot’s Deals of the Day for January 16, 2022
Will Sammi Ever Return to Jersey Shore? Why Snooki Says There’s “Nothing We Can Do”
11 Unbelievable Under $50 Deals From J.Crew’s Epic Long Weekend Sale
11 Songs You Should Listen to Now: This Week’s Pitchfork Selects Playlist