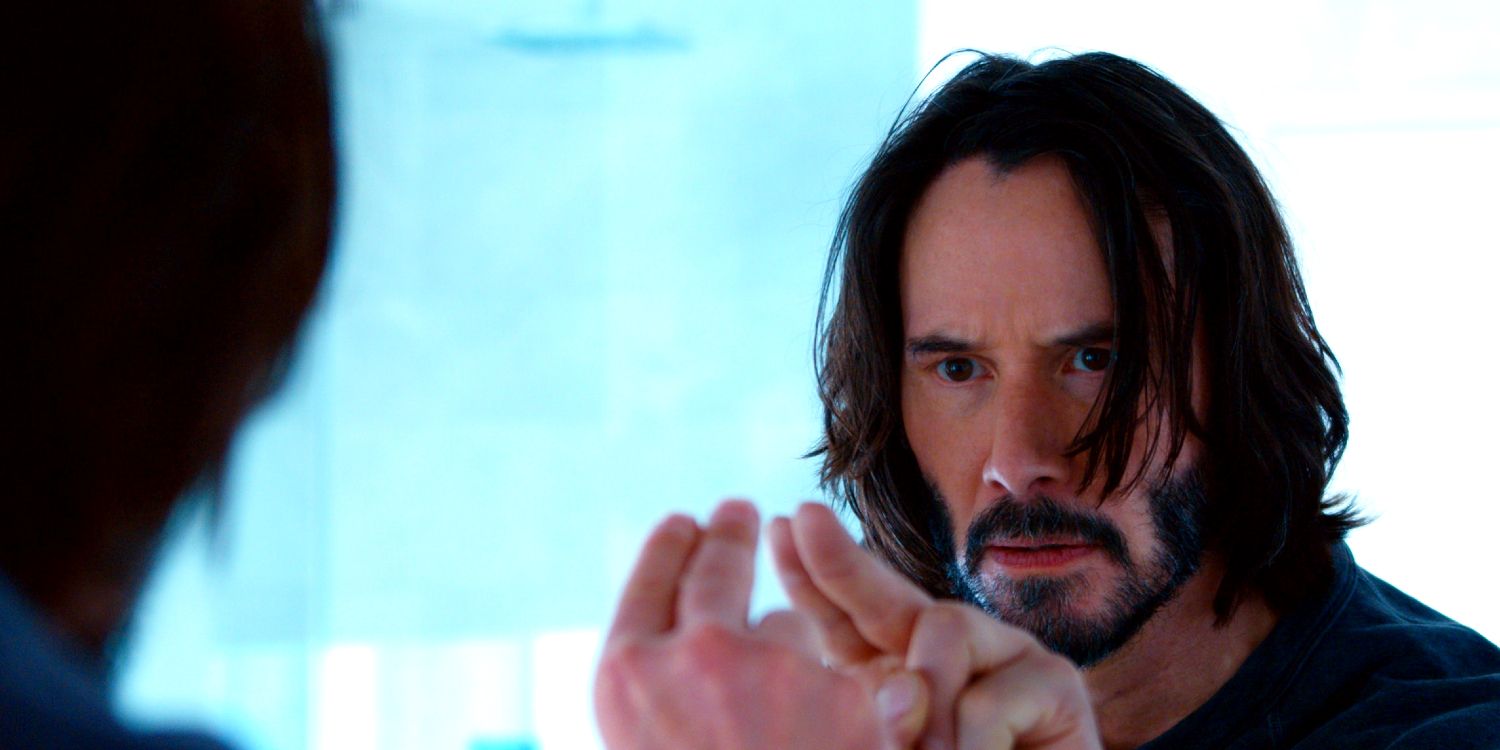 Noted mensch, Keanu Reeves, treated his family, friends, and co-workers to an all-expenses-paid trip to The Matrix Resurrections premiere. Following his breakthrough role in Bill & Ted’s Excellent Adventure, Reeves found success in the ‘90s with action films and independent dramas alike, including Point Break, My Own Private Idaho, and Speed. The actor became a household name upon appearing in The Matrix in 1999, followed by two sequels in 2003. A cyberpunk story of virtual reality and the perils of artificial intelligence, the Matrix franchise is among the most influential sci-fi works ever made.

Per THR, Reeves made the Matrix Resurrections premiere a getaway to remember for his friends, family, and colleagues, bankrolling the entire trip and providing gifts. Ahead of the film’s December 18 world premiere in San Francisco, Reeves extended the generous gesture to all of the members of his inner circle, including agents, managers, publicists, and collaborators. According to Chad Stahelski, a former stunt double for Reeves on the Matrix films who pivoted to directing him in the John Wick franchise, the actor included “so many people that helped him, from his martial art trainers to jiu-jitsu trainers to hair and makeup to his stunt crew.” Check out Stahelski’s full quote below, as remarked at the premiere:

“He flew a bunch of us up here. He’s incredibly generous. In the audience tonight will be so many people that helped him, from his martial art trainers to jiu-jitsu trainers to hair and makeup to his stunt crew. He makes sure that his friends and family are here. He’s epic.”

In addition to covering the premiere tickets for his comprehensive guest list, Reeves also arranged private jet travel, lodging, and a private brunch for the attendees. The actor is as humble as he is generous, only commenting on the pricey gesture, “It’s great to be able to share our experiences and lives together.” None of the guests have disclosed what gifts were included in the all-inclusive package, but based on Reeves’ good-hearted reputation (he gifted Harley-Davidsons to the Matrix Reloaded stunt team) one can assume they’re no small potatoes.

The all-expenses-paid trip is just the latest in a deluge of anecdotes that confirm Reeves’ generosity on and off the set. As a wrap gift for John Wick 4, Reeves gifted his entire stunt team personalized Rolex Submariner watches, which retail for roughly $10,000. He also reportedly donated 70% of his $45 million Matrix salary to leukemia research. And Reeves’ nice-guy reputation isn’t limited to his checkbook; the actor was seen helping John Wick crew members move equipment. For IATSE members who missed the chance to work on the Matrix Resurrections set, they can rightfully hope that Reeves will extend his goodwill to his next project.