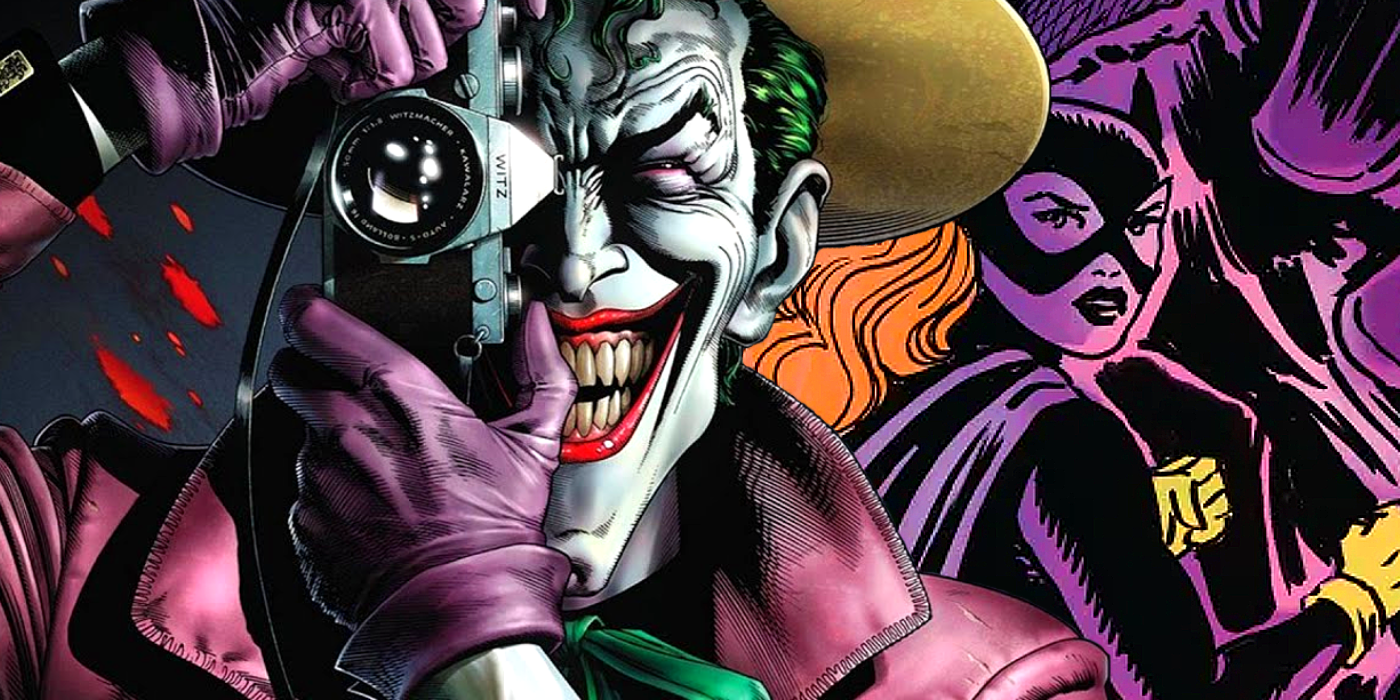 A new twist in Joker‘s latest comic has huge implications for Batgirl, specifically her role in the events depicted in Alan Moore and Brian Bolland’s The Killing Joke. The revelation comes in The Joker 2021 Annual #1, written by Matthew Rosenberg and James Tynion IV with art from Francesco Francavilla.

The Joker 2021 Annual #1 focuses almost exclusively on James Gordon, whose early career as commissioner is related in flashback. Gordon is working through a relatively peaceful night in Gotham City. All the major leaders from the crime boss families have been locked up, leaving many of the corrupt policemen they employed frustrated by their lack of payment. Gordon responds by firing them all, severely understaffing his police force and filling the streets with bad cops looking for work. Plotting with other Gotham City supervillains, the Joker seeks to fill this void by hiring the recently fired men.

Related: Joker’s Weirdest Origin Made Him A Clown Superman

The issue ends as the GCPD discover a room full of piñatas, stuffed with Joker’s victims. One in particular is addressed to Gordon, and dressed in a red wig and black cape, indicating Batgirl – who has been fighting crime with Batman throughout the issue – is inside. Thankfully, the body inside isn’t Barbara Gordon, but a taunting note reads, “were you expecting someone else in here?” It was revealed in an earlier issue of The Joker that Gordon has known for a long time that his daughter Barbara is Batgirl, but this note implies that it’s possible Joker knew as well, which could drastically change the context for Joker infamously shooting Barbara in The Killing Joke. It was believed at the time that Joker shot Barbara to traumatize Gordon, but if Joker knew Barbara was Batgirl, then perhaps his reasons for the attack weren’t just about the commissioner.

It’s worth noting that there’s nothing concrete in the issue to definitively prove Joker knows Batgirl’s identity. While the wig and cape seem to clearly indicate the vigilante, the Clown Prince of Crime may just be taunting Gordon with the idea that he’s killed a hero. And yet the Joker knowing that Gordon would be particularly hurt by Batgirl’s death raises some major questions, especially now fans know that Gordon himself figured out Batgirl’s identity early in her career. Given this story takes place ahead of Joker’s resurgence as a truly despicable villain, the fact that he’s always known Batgirl’s identity would be a huge twist.

If Joker did always know Batgirl’s identity, his Killing Joke attack can be seen in several different ways. It can be viewed as disempowering for Barbara, as she thought she was tricking the villain and her father when they were just humoring or playing her. Alternatively, this revelation could make the shooting, and the events of The Killing Joke as a whole, more about Barbara’s crusade rather than leaving her as a prop in her father’s torture. If the Joker knew he was shooting Batgirl, then Barbara’s recovery and re-invention into Oracle after The Killing Joke is even more of a story of persistent triumph in the face of villainy.

Next: Joker Confesses He Actually Respects One Much-Mocked Gotham Villain

Frank Martin is a comic writer and author who is not as crazy as his work makes him out to be. He’s written the one-shot comics Macabre Motel and Grimm Space as well as the 2-part stories Polar Paradox, Pipe Creepers, and The Last Homicide. Frank’s novels include the YA sci-fi thriller Predestiny published by Crossroads Press, the lake monster tale Oscawana published by Severed Press, among others. His work on Screen Rant primarily focuses on comics. Frank currently lives in New York with his wife and three kids.