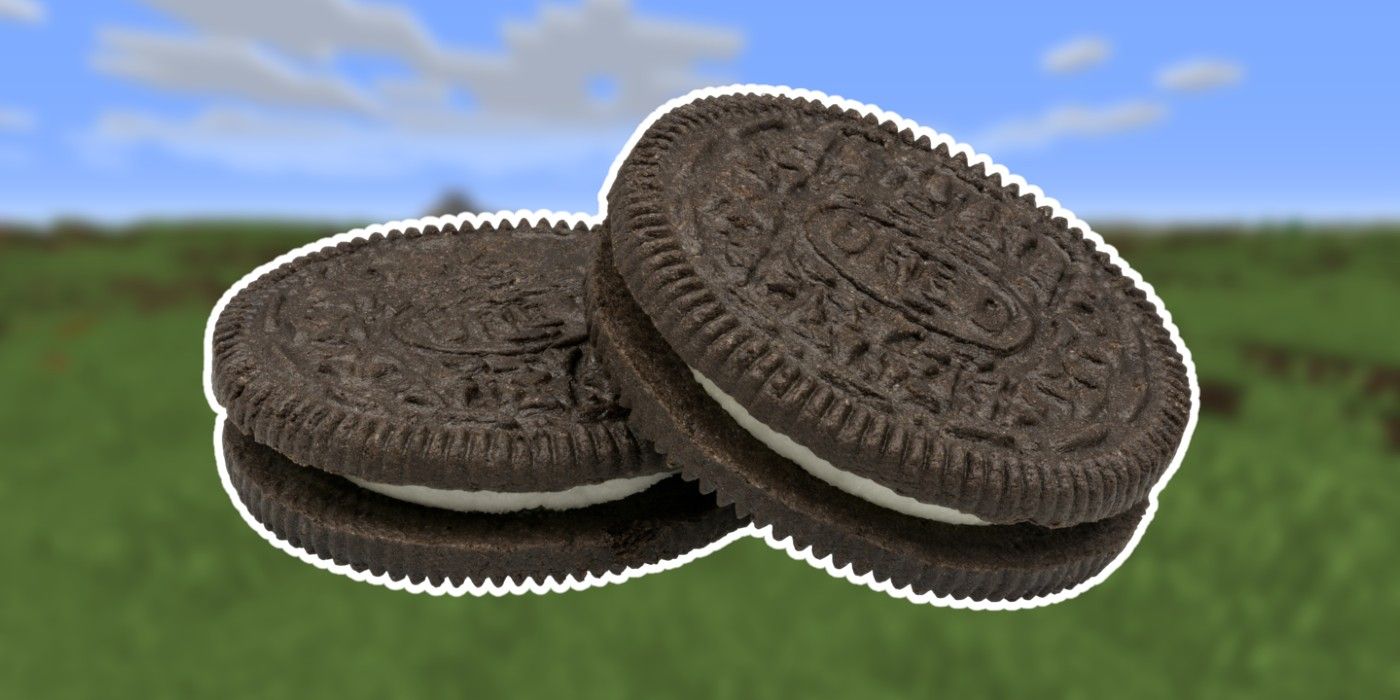 Over the years, Minecraft has evolved from a pure survival game, with players gathering materials to build homes and weapons to stay safe against zombies and skeletons at night, into a canvas for the most creative gamers. But not only are players’ strong imaginations driving this creativity but Minecraft updates adding new materials to the game. This allows players more opportunities to design, build, and show off some of their most intricate and impressive creations.

Reddit user NomALlama showed off their latest Minecraft creation today, which included a colossal hollow Oreo that consisted of a total of 46,727 blocks of concrete. This gigantic cookie structure was created in just under two weeks in the game’s survival mode, which meant enemies would spawn and need to be dealt with to prevent destruction to the project or the builder’s health bar. NomALlama noted that they actually didn’t light up the hollow interior of the Oreo until after completing the project, noting that there were a ton of mobs inside that made the task quite dangerous.

A closer look into the post’s comments adds extra insight into what kind of work went into the glorious monument to snacks. NomALlama revealed no material duplication mods were used in the Minecraft sever, collecting all the gravel needed to make the concrete themself (although they did admit to some others donating materials to speed up the process). The Minecraft artist also revealed the project was cut short and that they were planning to add further details, but the server has been shut down due to the game’s latest update. However, now that the giant Oreo has gained so much attention, NomALlama is considering finishing the project and turning it into the largest cookie base the world has ever seen. In the comments, plenty of other players are asking for a giant glass of milk to go along with this massive cookie.

No one could have guessed that the game about moving things around in a blocky world would remain popular for more than ten years, let alone becoming a contender for The Ultimate Game of All Time. With crossplay across all platforms allowing players to play with each other and updates adding new items and things to explore, Minecraft does not seem to be going anywhere anytime soon.  The giant Oreo may be one of the coolest things we have seen in the blocky world, but it will not be the last.

Next: Minecraft Model of Star Fox’s Great Fox Ship Took Over A Year To Build

Minecraft is available to purchase on all platforms.

Book Of Boba Fett: What You Need To Watch Before The Show
Related Topics

Jason Hon is a Gaming News Writer and creator of Comedic Gaming Youtube Channel Honzy and Friends! Within him lies a colossal passion for Gaming, Shonen, and making people smile. He graduated from The Los Angeles Film School and performs improv comedy.
He lives with his wife and two cats in Iowa, USA.

Harry Styles is a fan of this outdoor coat and wore it while filming new gay cop movie My Policeman
‘RHOC’ recap: Heather blasts Noella for giving teen daughter explicit card game
Katy Perry Shares Orlando Bloom’s Worst Habit in and Out of the Bathroom
Reese Witherspoon’s daughter Ava Phillippe calls out ‘hateful messages’ after coming out as queer
Larsa Pippen Says She Is “Trying To Avoid” Dating Athletes Again