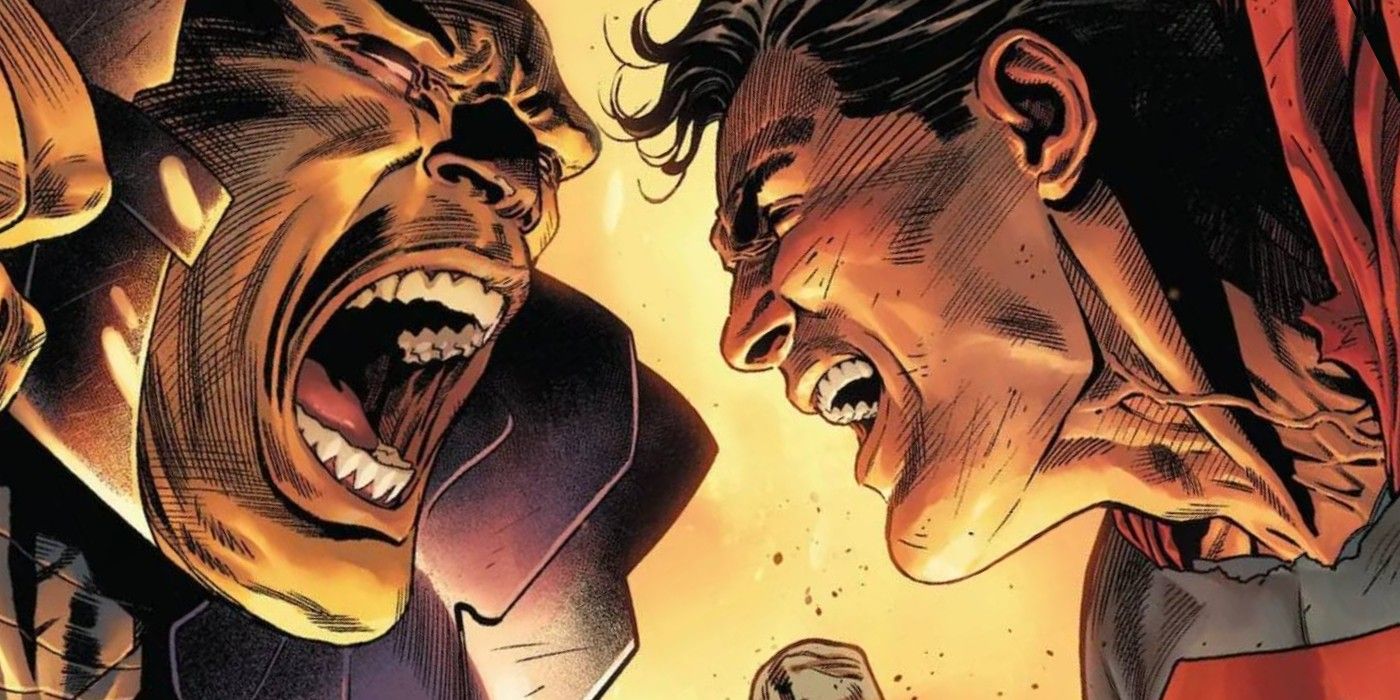 The darkest battle that Superman has ever faced is beginning, and not everyone is going to make it out alive. As the Man of Steel takes on Mongul in Warworld, he realizes that he isn’t the same tyrant that he met before.

Throughout Future State, DC teased that Superman would eventually be taken in by Mongul and imprisoned as a slave. While Kal-El is on a mission in space, he is missing a pivotal point in his son Jon’s life as he becomes the new Superman. The future that had been shown implied he would be forced to miss out on his son’s destiny. Now, it seems like that potential reality is coming true in Action Comics #1037, written by Phillip Kennedy Johnson and Shawn Aldridge with art by Miguel Mendonca and Adriana Melo.

In a preview for the upcoming issue released by AIPT Comics, Superman is getting ready to take on Mongul in the second part of The Warworld Saga. As he descends on Warworld, it’s revealed that the current Mongul is actually the son of the version that fans previously knew. Superman notices the difference immediately, even though the two Monguls appear to be identical. Although Future State considered a version of events in which Superman doesn’t free the Kryptonians subject to Warworld’s dictatorship, the issue hints that things will go in a more optimistic direction. With the strange twist regarding Mongul, other elements are likely to follow that differentiate the battle from Future State.

Jon has thought this would be the mission that would kill his father, adding another layer of emotional weight to Superman’s time on Warworld. Although Kal-El isn’t at full power, compromising his quest by bringing the Authority along with him, the team still makes a big impression in the released pages. Considering the story’s massive stakes with the planet’s freedom in question, they have a lot to fight for. However, Superman likely has his family in mind, as this is the first major adventure that has forced him to leave Earth for an extended period of time in a while.

Superman’s future is determined by the future of the people he is representing as he faces down the Mongul of the next generation. With the released synopsis teasing a death, it’s unclear who will meet their demise. If Superman loses one of his own in the Authority, it will only motivate him and the other members to fight harder to free the planet. The second chapter of The Warworld Saga releases on November 30.

More: The Avengers’ Most Shameful Moment Was Brutally Beating Superman

Timothy Mably is a comics news writer for Screen Rant. His passion for storytelling was instilled at an early age, and has evolved into his pursuit of journalism. He recently graduated from the Walter Cronkite School of Journalism with a degree in communications. Timothy currently lives in Los Angeles, California.

FFXIV: How to Use Materia | Screen Rant
Hello, Transcriber
Pokémon BDSP: How To Get (& Use) A Toxic Orb | Screen Rant
Pi’erre Bourne and TM88 Announce New Album Yo!88, Share New Song: Listen
Book Riot’s Deals of the Day for December 5, 2021