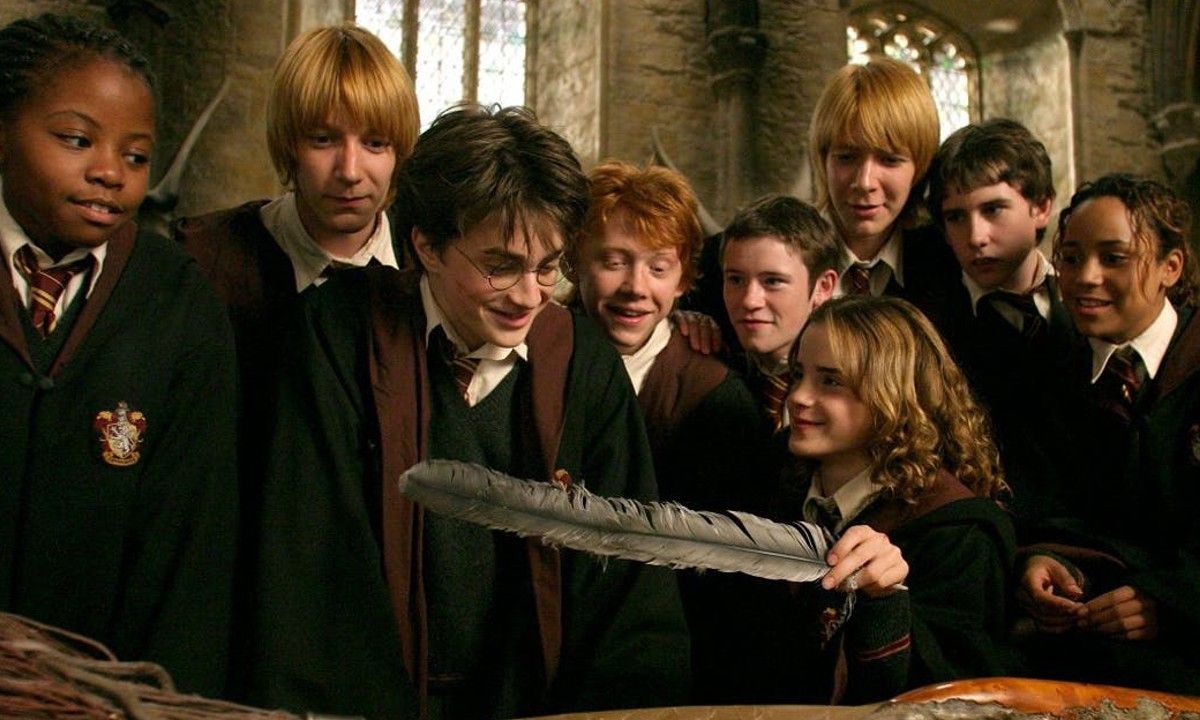 The Harry Potter film franchise just hit its 20th anniversary and, though two decades have passed since that first installment hit theaters, the franchise now seems more popular than ever. I myself am also a fan and was actually introduced to the Wizarding World through those big-screen adaptations. With this, I absolutely had to own all eight films on Blu-ray, and it’s one of the best box sets I’m fortunate enough to have in my collection.

Yes, the movies air on television and are available for streaming, but serious fans should surely consider owning them (Especially since the films switch streaming services as frequently as the stairs change at Hogwarts.) And if you’re eager to do just that, then you’re in luck, because the very set that I own is on sale this Black Friday, and I can’t recommend it enough!

The blockbuster films have been released a number of times over the years and on a plethora of formats. If you’re old enough to remember (like me), some of the earlier installments were actually released on VHS. Of course, over the years, they’ve also been available o DVD and Blu-ray, with Deathly Hallows Part 1 and 2 even making their way to Blu-ray 3D. More recently, the films have even been upgraded for glorious 4K UHD releases. Unfortunately, I personally don’t have 4K (which will hopefully change soon), but the BD release of Harry Potter: Complete 8-Film Collection should be great for anyone in the same boat as myself:

There are definitely plenty of gifts that you could buy this holiday season for that special Harry Potter fan in your life. There’s cool LEGO sets, adorable Funko Pops and even a sweet Advent calendar. But of course, what could be a better present than the movies that helped spawn these various pieces of merchandise? And thankfully, Best Buy has you covered with the Complete 8-Film Collection:

This Black Friday, Best Buy is offering the box set for $47.99, which is an excellent markdown from the usual price of $75.99. The awesome set includes eight discs, featuring all of the films in glorious high definition. The set is also aesthetically pleasing, as its front cover shows off one of the most iconic scenes from 2001’s The Sorcerer’s Stone — the boat ride to Hogwarts. And for anyone who deals with space issues, all eight films conveniently come in one large case. However, there’s more to this set than the packaging.

As mentioned, these are Blu-ray discs, so the technical specs are on point. Each film is presented in sweet 1080p, which could likely be upconverted via a 4K player. The surround sound capabilities of the movies are also quite sweet, especially if you happen to have a solid setup. I won’t bore you too much with the technical details, but know that these movies all provide pleasant home viewing experiences.

When it comes to special features, this set also has more than a few things to offer. To be fair, it may not have as much as some of the “Ultimate Edition” releases of the individual films or some of the more recent box sets, but that’s OK. Like plenty of film fans, I enjoy special features but, sometimes, you may not have a desire to have every single featurette or piece of commentary. Many just enjoy owning the movies themselves, first and foremost. Still, these individual discs have some nice bonuses, like The Sorcerer’s Stone’s “Capturing the Stone: A Conversation with the Filmmakers” or Goblet of Fire’s “Preparing for the Yule Ball.” It may not be exhaustive, but no fan will be left wanting with entertaining features like these.

Harry Potter: Complete 8-Film Collection is perfect for any aficionado, especially those who are looking for a set that’s straightforward and not too involved. (Though if you want something extravagant, Amazon has you covered there as well.) The Wizarding World may be streamable, but believe me when I say that nothing beats owning this extraordinary cinematic journey for yourself.

And if you happen to be in the market for other great Black Friday deals, be sure to check out our roundup by clicking on the banner below!

10 Deals on Bedtime Essentials That Help You Get More Shuteye
Indie Survival Horror Title ‘Post Trauma’ Debuting Demo on Steam This Week
The Latest Update On Universal Orlando’s Epic Universe Could Be Good News For Harry Potter Fans
Kanye West Says That God Will Bring Him And Kim Kardashian Back Together; Says He Won’t Let Hulu “Write The Narrative” Of His Family
Kaley Cuoco Reflects on Difficult Birthday 3 Months After Karl Cook Split