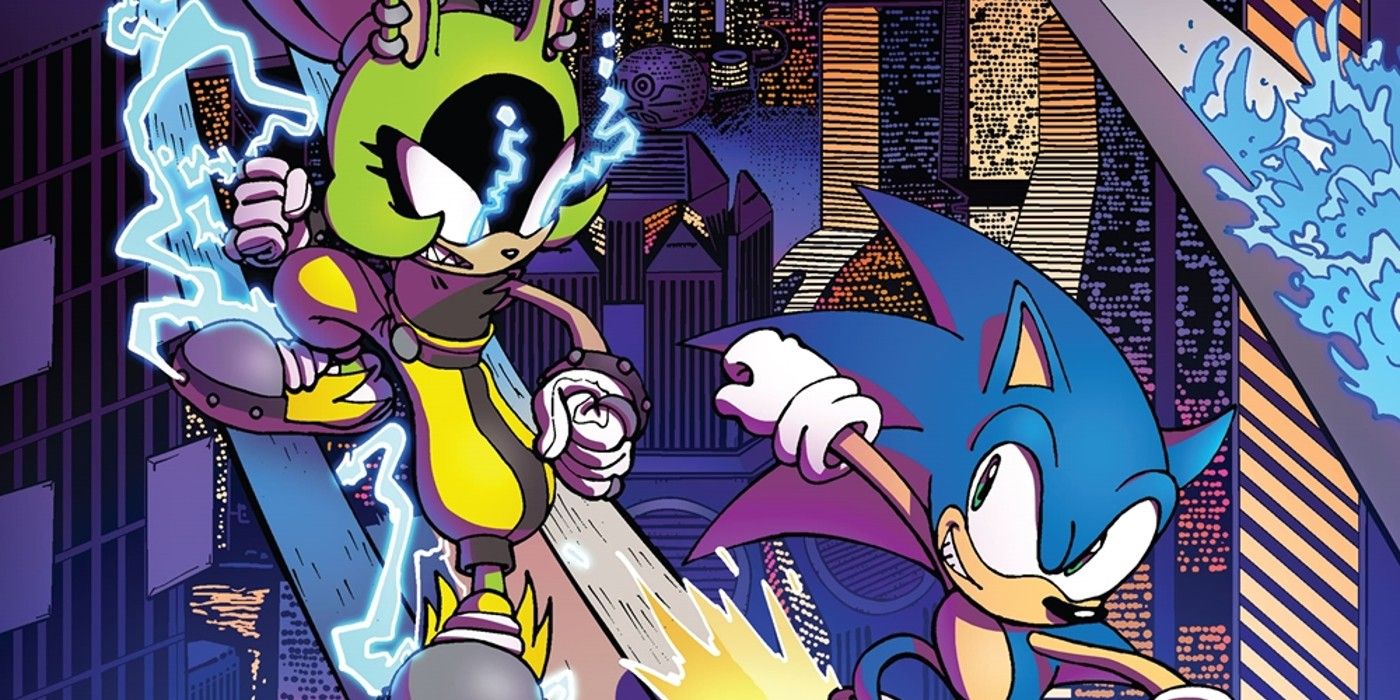 Warning: spoilers ahead for Sonic the Hedgehog – Imposter Syndrome #1!

IDW’s Sonic the Hedgehog will soon face-off against a robotic version of himself called Surge the Tenrec created by Dr. Eggman‘s former fanboy and lackey Dr. Starline, who programmed the Sonic impostor to fix his ex-hero’s repeated failures with Metal Sonic. Frustrated by Eggman’s many negative qualities, Dr. Starline went behind his back to build a lifelike robot that would exhibit more than just Sonic’s raw power, unlike all of Eggman’s Metal Sonics. Even though the latest rendition of the metallic hedgehog almost beat the Blue Blur in IDW’s first issues – and even though it unlocked a new powerful transformation known as Neo Metal Sonic – it still ultimately failed.

What all of these robots have in common is there’s no personality. Starline focused on this shared trait when building Surge the Tenrec, programming her to emulate the Blue Blur’s attitude and style in hopes this would help not only beat but replace Sonic. Dr. Starline also constructed another robot based on Tails to make up for many of Sonic’s shortcomings that Surge undoubtedly shares – Kitsunami the Fennec. Both creations – which possess electrical and hydro-based powers – just debuted in IDW’s tie-in series Sonic the Hedgehog – Imposter Syndrome #1 by writer Ian Flynn and artist Thomas Rothlisberger.

Related: Sonic’s All-Girl Story Is A Step Towards Equity That Falls Flat

Dr. Starline first began doubting Eggman’s abilities to defeat Sonic during the “Metal Virus” saga. He noticed that Eggman sabotaged himself every time he faced off against the Blue Blur, becoming more obsessed with theatrics and showmanship at the expense of his genius intellect. Dr. Starline repeatedly tried to convince his hero of these flaws, but all of his attempts fell on deaf ears, forcing him to help Eggman from the shadows in ways he would never agree to. It was during the Bad Guys miniseries that Starline eventually decided to actively sabotage Eggman and achieve what he couldn’t with Surge and Kitsunami, who are based on special coding Starline extracted from Belle the Tinkerer, created by Eggman’s good alter ego Mr. Tinker.

Starline rejecting the man he was once so enthralled with is an interesting development that both explains why Eggman perpetually loses against Sonic and creates new threats without changing what works about Eggman. The villain is over-theatrical and possesses a hatred for organic life that he’s demonstrated through the many animals he roboticized in Archie Comics and infected with the Metal Virus in IDW. Creating lifelike robots would go against his character, and Eggman has also repeatedly articulated his distaste for Sonic’s attitude, so he would never give those same traits to Metal Sonic. A new villain like Starline allows room for growth in the Sonic universe in ways that shouldn’t be channeled through Dr. Eggman. Starline also serves as a means for creators to articulate their frustration with this limitation, just like how Starline is frustrated with his former hero for never changing.

Surge the Tenrec is part of IDW Publishing’s most ambitious storyline yet ever since the Metal Virus concluded in Sonic the Hedgehog #30, and promises to deliver an epic saga. It introduces similar but also completely different versions of this world’s heroes while continuing to explore an intriguing dynamic with Dr. Eggman‘s former fanboy Dr. Starline who is now actively fighting against him to achieve the same ends as Surge goes up against Sonic the Hedgehog.

Next: Sonic the Hedgehog’s Past as a Bully Is What Turned Him Into a Hero