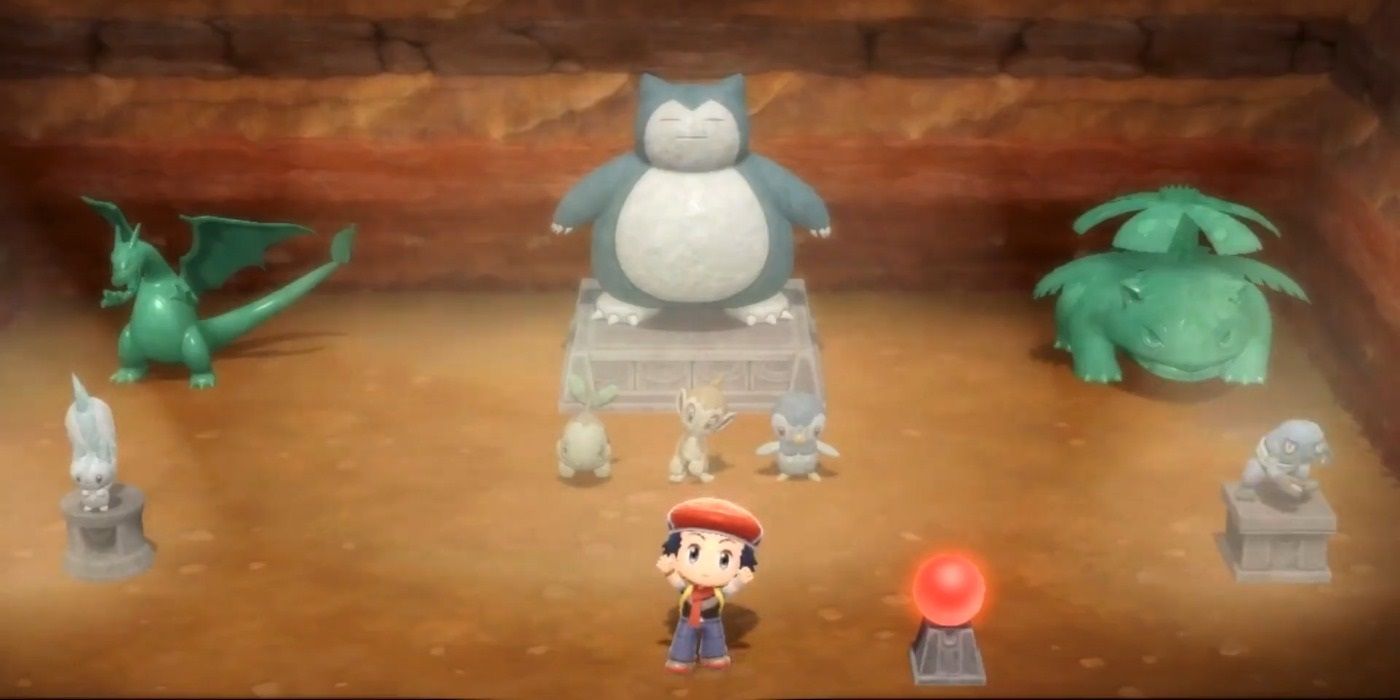 In addition to hunting for treasure, players can now find Pokémon Hideaways where wild Pokémon roam freely. Some of the games’ Pokémon can only be found in these caverns, making them essential for completing the Pokédex. However, players can also affect which Pokémon appear by placing Pokémon Statues in their Secret Base.

Players can excavate a Secret Base using a Digger Drill, which the Underground Man will give them once they explore the Grand Underground and dig up some treasure. The Secret Base is an 8 x 12 room that will have a clear orb on a pedestal to the right of the door, but it will otherwise be empty when players first create it. By collecting Pokémon Statues, they’ll be able to fill it with decorations featuring some of their favorite Pokémon.

How To Get More Pokémon Statues In BDSP

Pokémon Statues can be found in Brilliant Diamond & Shining Pearl by hunting for treasure at the spots in the walls marked by yellow diamonds on the Grand Underground map. With each dig site, there’s a chance of uncovering a Pretty Stone Box, which will contain a Pokémon Statue. If the statue inside is of a Pokémon that has just one type, the type symbol will be on the top of the box when they dig it up.

Returning to the Secret Base with these statues will allow players to decorate by pressing the X button. This will give them the option to place a statue, which opens decorating mode and lets players view the room from a top-down perspective with a grid. Statues can be placed on the ground, and if the player has pedestals of the right size, they can put the statue on a pedestal for a nice display.

Pedestals can be traded for Spheres with NPCs in the Grand Underground. Players can also visit the Pokémon Veilstone Department Store’s fourth floor for a limited selection of pedestals that can be purchased with PokéDollars. There are a variety of different looks to choose from, and players can use these to further customize their Secret Base to look exactly how they want.

Not only do Pokémon Statues make a Secret Base look unique, but they also have effects that change the spawn rates of Pokémon that appear in the Pokémon Hideaways. Placing more statues of a certain type will increase the amount of Pokémon of that type in the Grand Underground, so players searching for a specific Pokémon or building a certain type of team can boost their chances of finding exactly what they’re looking for. The Secret Base’s statue effect can be checked by pressing the X button, and the orb near the base’s entrance will glow to match the color of the type it’s affecting.

Next: Pokémon Brilliant Diamond & Shining Pearl: How To Get Stickers (& What They’re For)

Damien Freidly is a gaming guides and features writer for Screen Rant. He graduated with his Bachelor’s in English in 2020, and is a vocalist in his spare time.