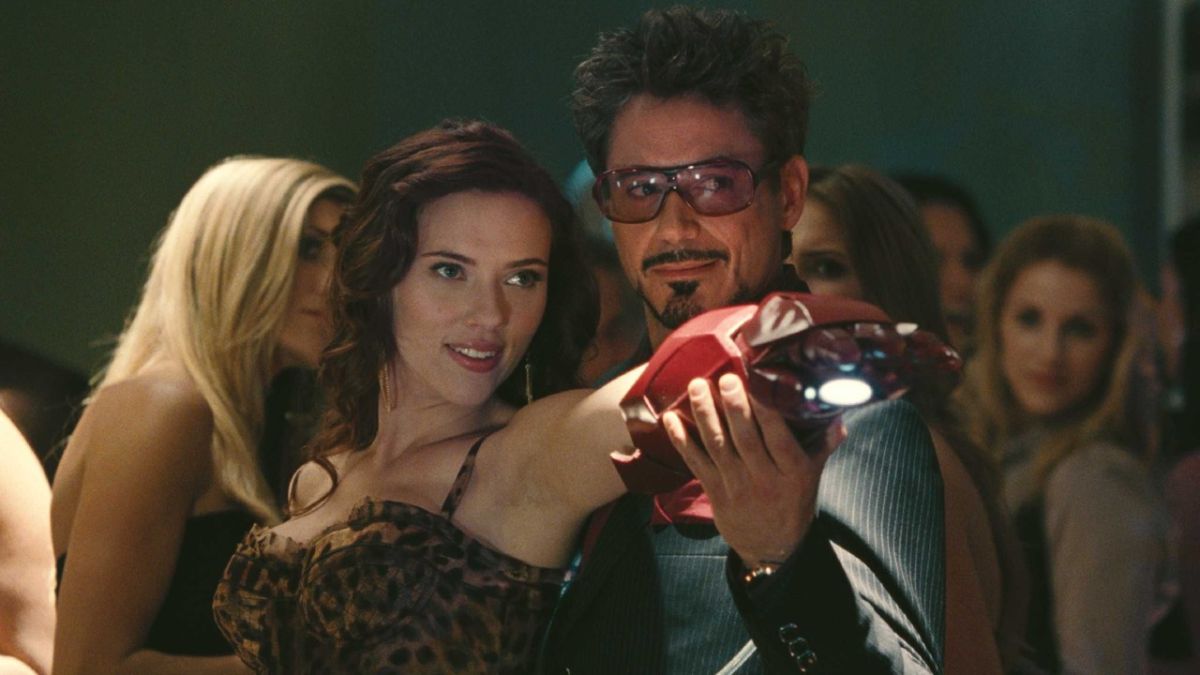 Being an Avenger is an exclusive privilege only a few Hollywood stars possess, and both Robert Downey Jr. and Scarlett Johansson are part of the special club. Over the last decade, the two stars have shared not only the big screen together but life moments as well. Having starred in multiple Marvel Studios films, Downey Jr. and Johansson seem to have developed a brother-sister relationship, which includes some major jokes. And sometimes, those jokes carry over into high-profile honors. That’s what happened when RDJ paid tribute to the Black Widow star, with a massive congratulations that included an f-bomb.

The hilarious tribute took place while the Oscar-nominated actress was honored with the American Cinematheque Award (via Dolores Doritos). Though she would later be honored by other members of her Marvel family, like Chris Evans and Samuel L. Jackson, it was Robert Downey Jr. who really took the cake. The actor started things with a bang by calling out Hollywood’s self-aggrandizing:

After calling out his bread-and-butter, the Iron Man star took things a step further by hilariously naming the things he did before recording his tribute to Scarlett Johansson. His schedule seemed full, as he listed off a midterm voter drive, a Laura Dern birthday song (ahead of schedule) and a greeting for a traffic cop’s son’s bar mitzvah. In the midst of all that, he also jokingly called out Tom Holland’s Hollywood dominance. When reminded he had to record his Johansson tribute, Downey Jr. went full grump when the other Avengers were brought up:

After his little rant, the veteran star put on his best Hollywood face and spoke highly of Scarlett Johansson and her contributions. But things took a slight turn as he began shading his own height and greying tresses. Soon, RDJ joked that Scarlett Johansson and her husband, Colin Jost, were exposed for writing his message while drunk. This sent the former MCU star off:

After going off, Robert Downey Jr. exited the video in a huff. Of course, Scarlett Johansson couldn’t help but laugh at her disgruntled and lovable co-star. Even though, Avengers: Endgame served as their final MCU collaboration, their bond definitely still seems to be intact. Hopefully, the former Marvel stars will team up again on the big screen someday.

Until that day comes, you can check out their previous adventures by streaming the Marvel Cinematic Universe’s Infinity Saga on Disney+.