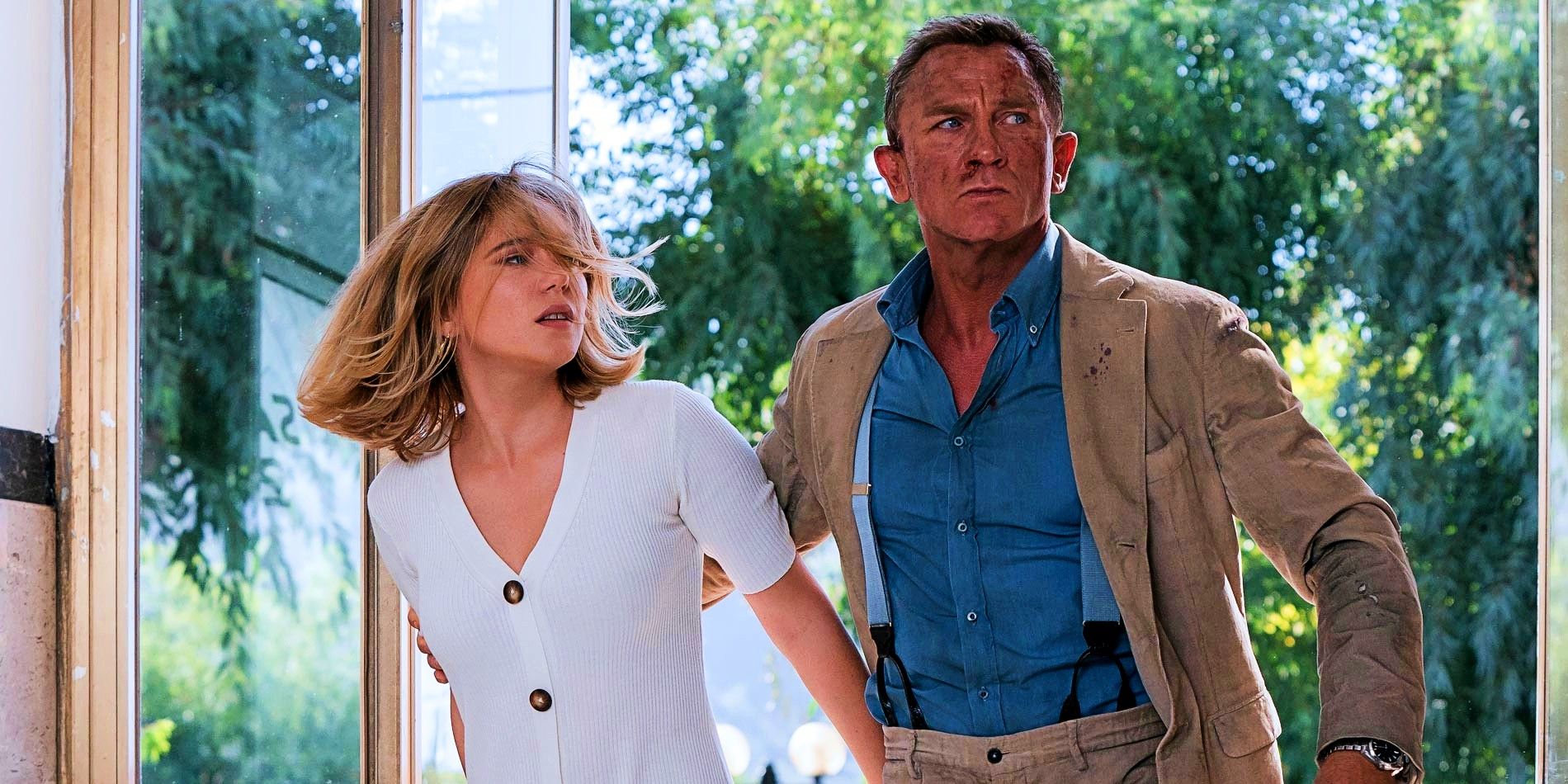 No Time To Die has passed F9 as the highest grossing Hollywood movie of 2021, according to reports. The 25th James Bond movie was released in theaters in the UK on September 30th and in the United States on October 8th. The movie marked Daniel Craig’s fifth and final outing as 007, and was the first Bond movie to be released in six years, following 2015’s Spectre. After several delays due to the global COVID-19 pandemic, MGM was finally able to secure the movie’s theatrical run, and the film has received critical acclaim since its release.

Helmed by True Detective and IT director, Cary Joji Fukunaga, from a screenplay penned by Fukunaga, Robert Wade, Neal Purvis, and Fleabag star Phoebe Waller-Bridge, the movie has been in development since 2016, with Danny Boyle originally on board as director. Featuring a supporting cast including Léa Seydoux, Christoph Waltz, Naomie Harris, and Rami Malek, the movie has been one of the most eagerly anticipated Bond films in recent years.

Related: No Time To Die Showed Rise Of Skywalker How It’s Done

And, according to reports from The Wrap, the movie has finally surpassed the $721 million mark set by the F9 to become the highest grossing Hollywood film of 2021. Bringing in $154 million domestically, and $579 million internationally, the movie has hit a total of $733 million to date, behind only the Chinese movies Hi, Mom and The Battle At Lake Changjin as the highest grossing movie worldwide of 2021. No Time To Die is still playing in theaters around the world, so the movie could end the year with an even higher box office gross, though it seems unlikely it will reach the total earned by 2012’s Skyfall, which remains the highest earning Bond movie, taking a little over $1.1 billion during its run.

In spite of increased marketing and product placement costs in the wake of the pandemic, No Time To Die has still managed to outperform two Marvel Cinematic Universe movies from this year, Black Widow and Shang-Chi and the Legend of the Ten Rings. Traditionally Marvel movies are expected to dominate the box office, but with Phase Four having just begun, and many new characters being introduced, Marvel are perhaps not the cinematic powerhouse they were a few years back, which has given No Time To Die less box office competition. However, this could all change, with upcoming MCU release Spider-Man: No Way Home expected to set new 2021 box office records. However, Bond 25 has still enjoyed an impressive run, showing that there is still very much an audience demand for this character.

The success of No Time to Die could well be placed at the feet of  MGM, and its commitment to seeking a theatrical release for the movie, veering away from the temptation to release the movie on streaming platforms, as has been the case with many other releases post-pandemic. Of course, streaming has its place, and has provided an important avenue for a lot of studios trying to navigate global lockdowns. But the decision to delay No Time To Die and ensure a theatrical release has undoubtedly been a key factor in the movie’s healthy box office takings. Whether this will be the case with future Bond instalments remains to be seen, and, as the franchise now sits at a crossroads, it will be interesting to see whether fans can expect to be able to stream Bond movies in the future.

Next: No Time To Die Streaming Updates: When Will It Be Available?

Matthew Biggin is a freelance writer and new addition to the Screen Rant team. With experience in freelancing since 2008, Matt has also worked as a screenwriter and script editor, as well as contributing to movie and TV blogs.

Based out of London, UK, Matt lives with his wife and twin daughters, whom he enjoys introducing to movies and TV shows. His three favourite movies are Star Wars, Back to the Future, and On the Waterfront. His favourite TV show is Buffy the Vampire Slayer, and he sorts into Ravenclaw.