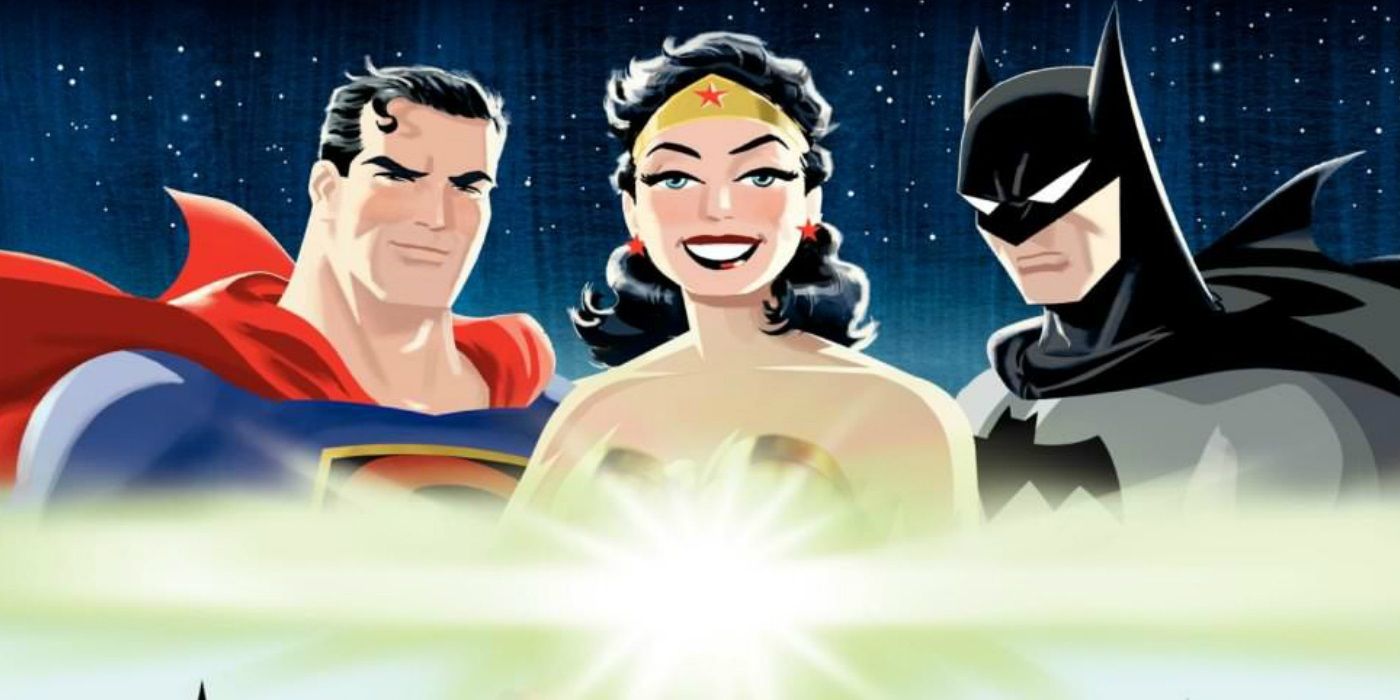 In recent years, DC has returned to hit comics that fans never expected they would see more from, including Watchmen, Kingdom Come, Batman: The Long Halloween, and The Dark Knight Returns among others. Although some new additions to such comics feel unnecessary, it can be a treat for readers to see specific iterations of characters reappear. One of the standout graphic novels in recent DC history, DC: The New Frontier, has yet to receive any spinoffs or expansions beyond the original Golden and Silver Age canon that it connected to. Although Darwyn Cooke passed away in 2016, his voice in comics has impacted many other creators who might be interested in paying tribute to his work.

Related: Martian Manhunter Returns To DC in His Most Powerful New Role

Cooke’s DC: The New Frontier brought the DC Universe back to its roots in an epic period piece depicting the Justice League’s first adventure, predating their fight against Starro. Set throughout the 1940s, 50s, and 60s, New Frontier followed the beginnings of DC’s most iconic heroes and brought new context to their individual evolutions. In the final pages, Cooke alluded to stories that occur outside of the graphic novels, including the formation of the original Teen Titans, the Justice Society of America, the Metal Men, and others. Even his uniquely alien take on Martian Manhunter could easily carry his own title. While the mainstream canon continues to evolve, a return to the time in which the DC Universe was initially created would be a refreshing change of pace. The setting loans itself for unabashed comic book storylines, similar to New Frontier’s bombastic island of dinosaurs and other creatures.

However, Cooke grounded his story in real history, as evidenced by the title in reference to President John F. Kennedy’s “New Frontier” speech. The historical relevance elevated the Justice League’s first team-up, and such real world implications would bring something new to the stories of the Teen Titans and the Justice Society. The first iteration of the sidekick super team was heavily rooted in the era, as they have been radically reinvented since for modern audiences. It almost feels like a different group of heroes altogether in comparison to today’s Teen Titans.

As shown in the panel, the alternate retro roster includes Dick Grayson AKA Robin, Wonder Girl, Supergirl, Kid Flash, Black Canary, Speedy, and Aqualad. A coming of age tale following their growth into the iconic Teen Titans would differentiate from the Justice League’s first adventure, removing some of the pressure to live up to Cooke’s DC masterpiece. Regardless of where DC: The New Frontier is ever expanded upon, its impact in the DC Universe remains.

Timothy Mably is a comics news writer for Screen Rant. His passion for storytelling was instilled at an early age, and has evolved into his pursuit of journalism. He recently graduated from the Walter Cronkite School of Journalism with a degree in communications. Timothy currently lives in Los Angeles, California.