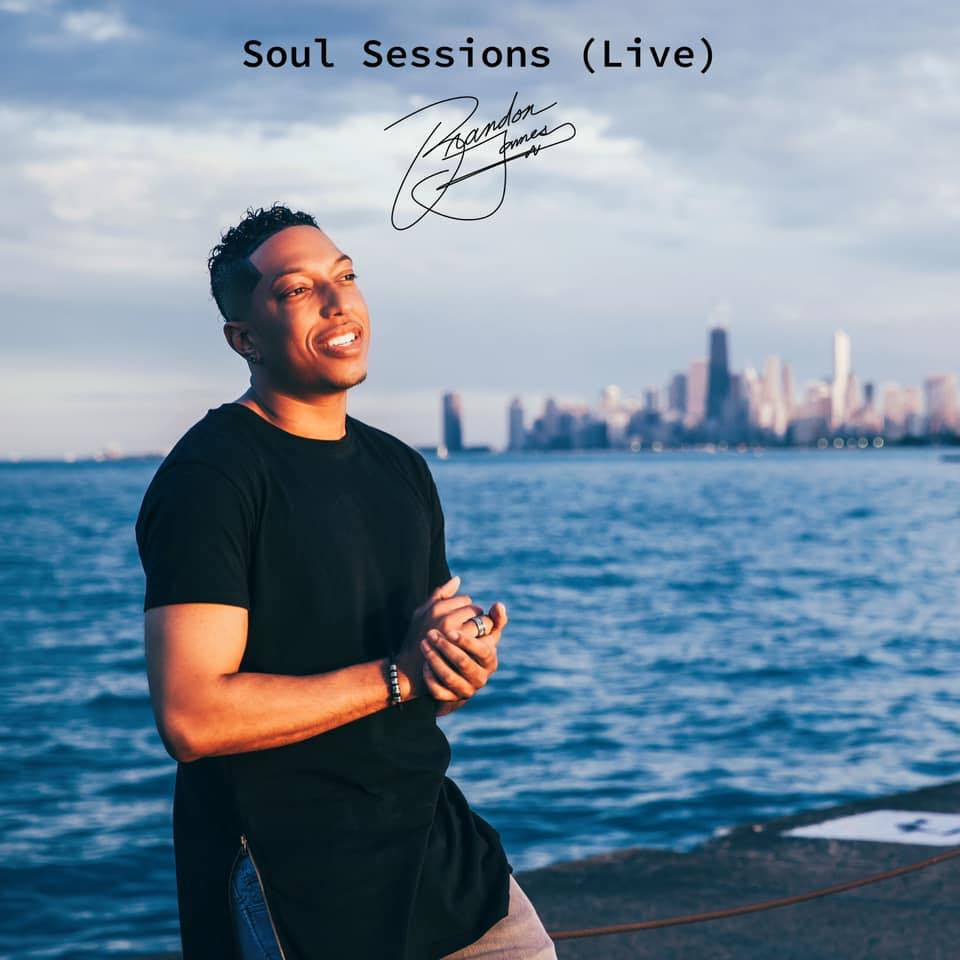 It’s been a big era for vocal pop of all varieties, but if you’re in love with the sort of soul that gives you chills within seconds of playing a song for the very first time, Brandon James is the man to see this November. His EP Soul Sessions Live is the sleeper hit sensation of the season, and while it’s not the first occasion on which he’s demonstrated a talent for hitting epic harmonies out of the park, this might be the most complete and well-rounded piece he’s ever submitted to date. There’s no stopping this man when he gets into a good melody, and Soul Sessions Live highlights this.

James doesn’t want to dominate the room with a big presence courtesy of the band – he’s taking the rhythm of the music into his own hands and making sure that we’re always swaying to every verse he sings into the mic. He’s an amazingly gifted singer, but he never sounds cocky when he’s going into a hook – actually, I think he gives off a vulnerability when he’s belting out the chorus of “This Aint Love” that speaks to his abilities as a poet and songwriter to connect with the audience.

The vocal delivery James is giving us in “Yesterday” and “Untitled” really smashed me in the gut when I listened to this record all the way through tonight, and the fact that he isn’t afraid to leave the hooks alone goes a long way with me as a critic. He’s not leaning on instrumental bells and whistles to make his story tangible to the listener; his heart is in this music, and that would be obvious whether you’re listening to his material for the first time today or had been following him since his very first recording.

As far as production quality goes, Soul Sessions Live is really polished and well-rounded for what we’re actually listening to (given that it was put together in front of a live audience, as unpredictable as they can be). James’ execution is part of why I think everything feels as solid as it does from top to bottom, but without the post-recording mix being as tight as it is around “Everytime,” I can’t say that I would find it as radio-ready as I do in the incarnation we find it in here. This is a thoughtful artist, and you needn’t hear more than this EP to know as much.

Listeners who want a sexy time via the stereo in 2021 can count on Brandon James to bring the goods this month and beyond in Soul Sessions Live, and it would surprise me a great deal if I were the only critic to be saying as much right now. James has the personality of a superstar, but his humble approach to the harmonies isn’t allowing for him to slip into the kind of monotonous stream so many of his closest peers and rivals are in. I believe in his brand, and soul lovers everywhere should as well.