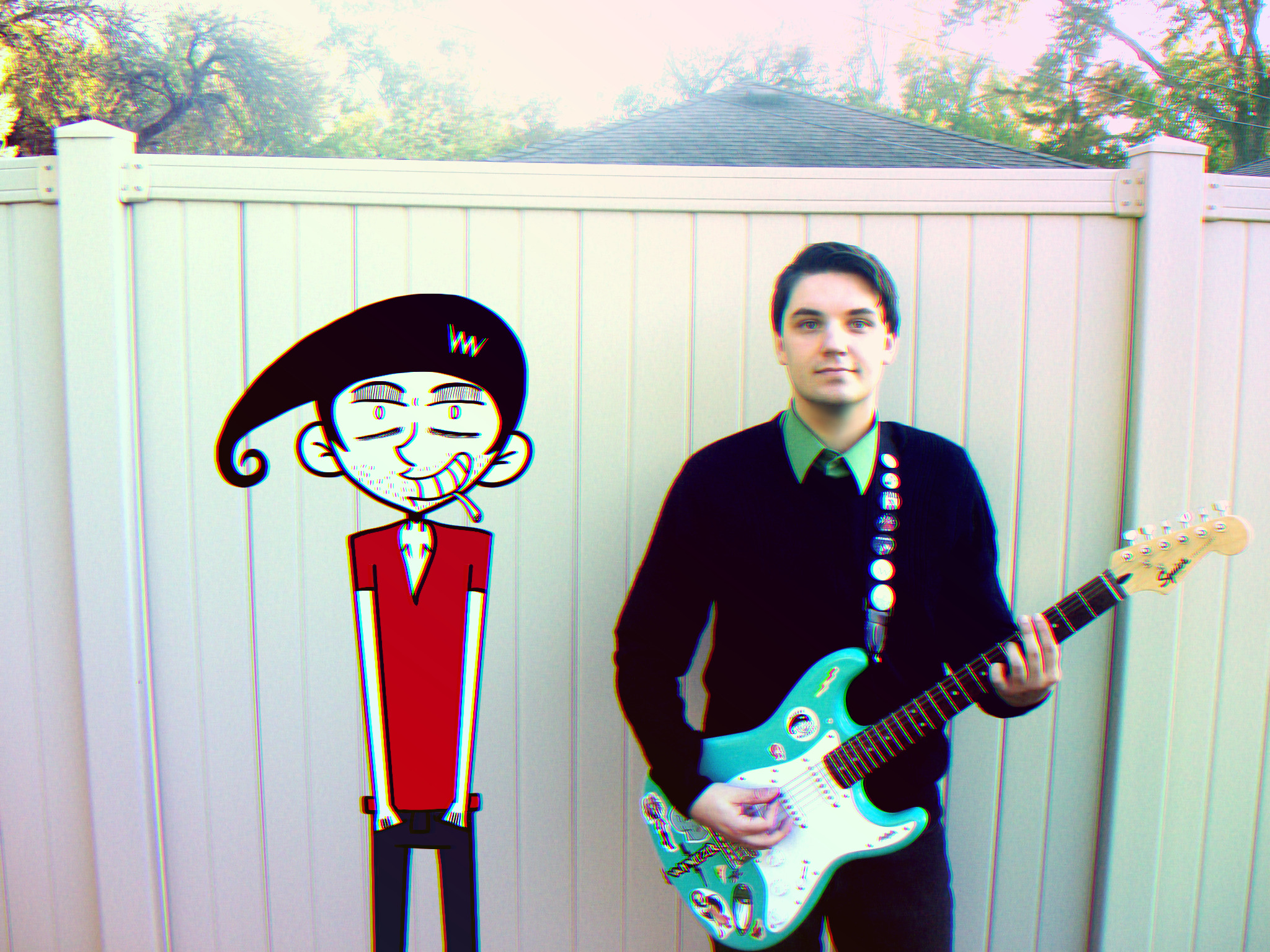 Modern Amusement is an alternative rock project based in Minneapolis, Minnesota formed by Sam Black. Inspired by such alt-rock gods as Weezer, Panic! At The Disco and Fall Out Boy, Modern Amusement strives to deliver the hooky and heavy power pop with nerdy but earnest lyrics for the outcast in all of us. The band has recently worked with Dan Konopka, drummer of the famed rock group OK Go, who produced and played drums on their debut album released in May 2021. They have also received attention from singer/songwriter Lisa Loeb from their song “I Have A Crush On Lisa Loeb.”

Who are you taking a page from when it comes to achieving your music goals?

I guess I would say I’m drawing from my favorite band of all time, Weezer. I have always loved and respected them for being completely themselves and not being afraid to be kind of goofy and dorky. I feel like I come from a very similar place and I think it’s important as an artist to be yourself and not try to fake it because people won’t get the real connection with you that they should be getting from a musician that way.

What do you have your heart set on for your music career?

My biggest goal as a musician is really just to be able to express myself in the best way I know how. As a very introverted person I have always had trouble expressing myself in more traditional ways and making music seems to be the best way for me to show the world who I am, so it has become very important to me. I don’t really have a goal to become world-famous and make billions of dollars, I’d like to be able to make a living off my music, but the main reason I do any of this is just because I love doing it!

When are you finishing up your next project?

We actually just finished work on our second album about a week ago! The first song Sour Patch Kid will be released on November 30th! I’m extremely excited for people to hear this one, we really put everything we had into this and I’m very proud of it. Keep an ear out for the new sounds coming out soon!

How do you respond to obstacles in the music making process?

If I ever feel like I’m stuck in my process I find it always helps to get a collaborator in on it and get a second or third opinion. This can really help me move forward when I feel like I’m stuck between two options. It also can help to just take some time away from one specific song and work on something else for a while. When I eventually get back to it with fresh ears things can become more clear again.

What does it take to apply all your focus in making a project come to fruition?

I think it all comes down to whether you believe in the project completely or not. I can only fully complete a project if I feel like it’s worth doing, like is this something I feel is important for me to make? Anything I’ve released up to this point has passed this test, and anything I haven’t, well I suppose you can guess it didn’t!

What are you gaining from spending your time on ultimately doing what you love?

Definitely more self-confidence and satisfaction in my life. There was a time when I was really caught up on whether it was a good idea for me to try to go fully into music because I was doubting myself so much. But I learned when you throw away that annoying self-doubt you open yourself up to doing all kinds of amazing things you may never have thought you could do before. It’s been a huge positive change in my life!

Are there any other passions aside from your music that’s getting your attention?

I also have a big love for cartoons and comics, so I’ve also created a webcomic series titled Life Of Marco that’s based on Modern Amusement’s mascot character Marco! Ever since I was young I’ve loved drawing cartoon characters, so this is a way to continue my love for music along with continuing my other passion of art and comics. You can check out our webcomic on Webtoons.com!

Here is the LinkTree to our major streaming platforms, social media accounts, and other projects!

Pokémon BDSP Grand Underground: What Happens When You Find 40 Digletts
Book Riot’s Deals of the Day for December 4, 2021
How Britney Spears’ Fiancé Sam Asghari “Went All Out” for Her 40th Birthday Trip
Dwayne “The Rock” Johnson’s Most Inspirational Quotes on Life, Family, Success & Giving Back
Alan Ritchson Throws Punches as Wrongfully Accused Killer in New Trailer for Reacher