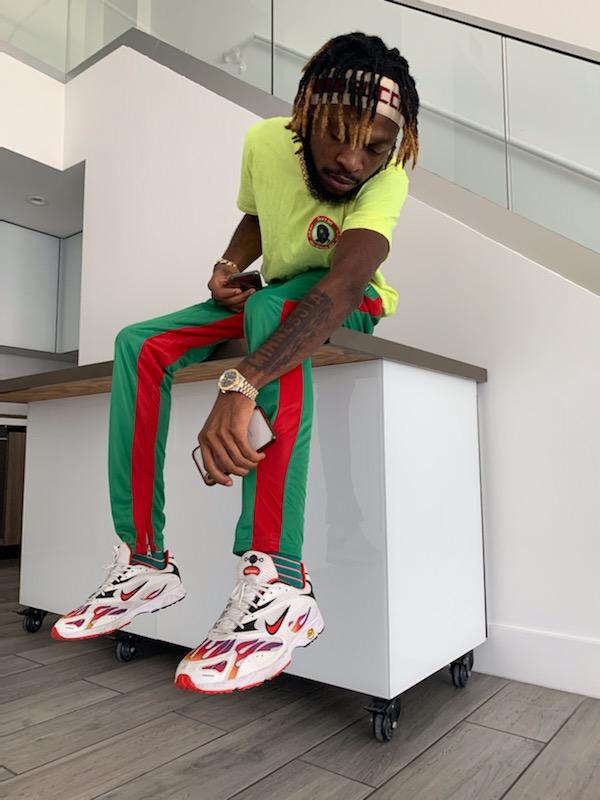 Rocking the mic isn’t just about having some swagger – anyone can step in on the hip-hop scene and bring a lot of confidence into the arena with them, but if you want to see the kind of attention that Vikki Sota is bringing in right now, you’re going to need something that money can’t buy, and it’s charisma. Sota’s charm is the cornerstone of creative intrigue in his new EP Genesis, and when it’s made to come undone in any of the verses in “Run Up My Bands,” it’s a fine bridge across which we can connect with an inspired young artist.

The narrative in this track centers on how Sota, whose real name is Chukwudi Victor Otubelu, is saying what he says as opposed to what he’s actually saying, and his tonal presence lends a lot of credibility to his ability to tell a story without exploiting the fringe components of a standard pop poem. He isn’t having to put all of his stock into a catchy rhythm or even making sure the cadence lines up with the bassline; he’s letting his swaggering vocal do all the talking for him quite literally, and it’s working for him exceptionally well here.

This bottom-end is really lush and still supportive of the verses, which isn’t as easy to do as Sota is making it sound in “Run Up My Bands.” I would have to say that his use of conflictive aesthetical elements has a lot to do with the alternative trap appeal of the hook as it stands independently from the main star of this show. It’s not conventional, but it’s so seamlessly put together here that you could be fooled into thinking that this was more the standard of tomorrow than the present status quo is today.

The music video for “Run Up My Bands” feels a little surreal, and it’s not entirely because of the barren backdrop that our protagonists are dealing with from beginning to end. Every frame has a heaviness that seems to compensate for the lack of embellishment in the background, which is almost a nod to the style of the composition itself. I don’t know if Sota wanted a purely highbrow look out of this release, but there are critics who are probably going to say that no matter what. He’s got the gift, and it’s being put into practice extraordinarily well in this song.

Vikki Sota isn’t taking any chances in his new single; he’s putting himself and his emotional state on the line for anyone who is listening, and more importantly, he’s stepping outside of the comfort zone that a lot of young rappers spend a lot of years living within. He’s trying something that a lot of pop musicians, let alone rappers, don’t have the courage to do, but he’s also maintaining a traditional likeability that could make his a smoother transition into the hierarchy of the hip-hop underground in the United States even slicker than it already would have been.