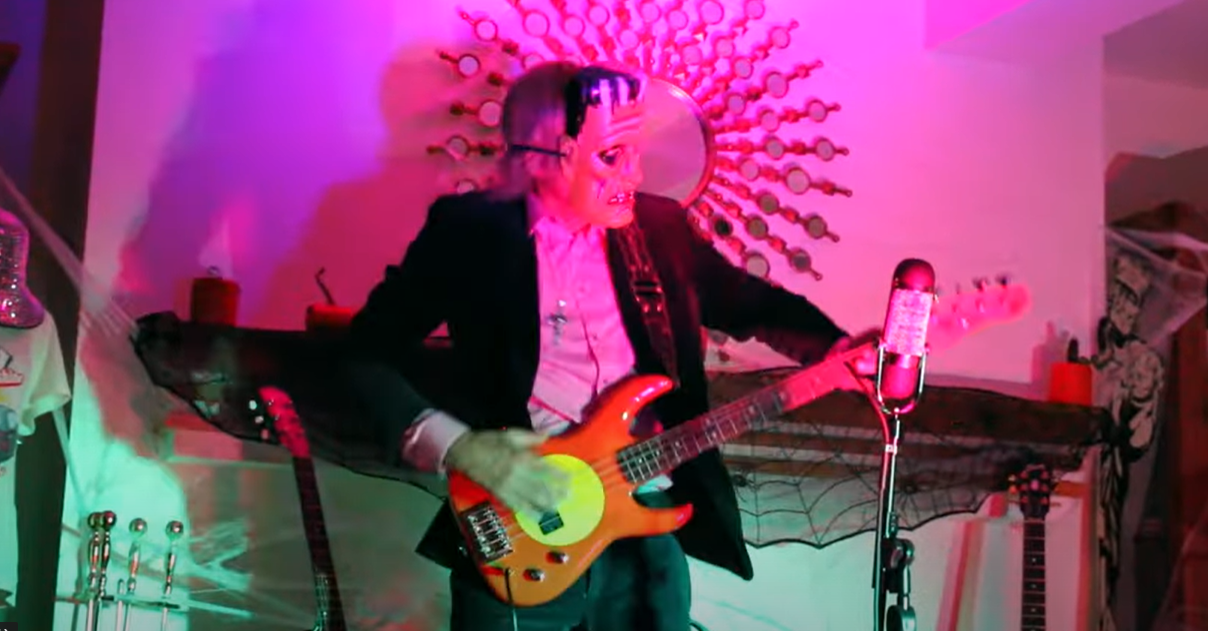 AV Super Sunshine’s “Frankenstein” is the latest single from Wisconsin’s resident musical wizard. Longtime fans of the performer are admirers of his dazzling capacity for reinvention. One track will be in a rock vein while its successor will lean far more towards dance and/or electronica. “Frankenstein” blends various strands into a potent mix, but rock is its strongest flavor. He’s well at home with the sound.

Sunshine’s rock sound always reminds me of holding a live wire. The swelling urgency of its percussion, bass, and guitar has heated urgency but never bleeds over. Sunshine long ago developed his talents for orchestrating his songwriting and you can hear it in the latest single’s trajectory. His longtime collaboration with producer and musician Michael Bradford continues with “Frankenstein”. Bradford has worked with an assortment of A-list acts over the years, such as Hall of Famers Deep Purple, and their proven chemistry strengthens the song’s confident stride.

Sunshine’s voice has always fit the rock style. He doesn’t have obvious technical skills, per se, no one will confuse him as a trained vocalist, but bristles with personality. Charisma often wins the day. There’s enough muscle, however, in his voice that he gives any rock track instant presence. Some of his past work has relied more on applying post-production effects to the vocals but his voice largely carries the day with affectation here.

It’s a love letter of sorts from one musician to another. Or, perhaps, a grateful receipt. Lady Gaga has expressed past admiration for Sunshine’s work and it isn’t a stretch to hear this track’s subject matter, an imaginative paean to a now iconic performer, as a thank you in song. It’s rare to hear artists tackle this sort of thing when the subject in question is still alive.

The song’s video has a delightfully surreal spin. It possesses a very “in-house” feel thanks to the recurring presence of Sunshine, Bradford, and partner Philomena Victor, and its clannishness helps smooth over its odder attributes. The seeming randomness of the clip’s visual imagery isn’t random at all; there’s an intelligent direction guiding the video from beginning to end.

Sunshine’s talent for individualistic lyrics shines through as well. You can tell writing this song was a great deal of fun for him and it boasts language and phrasing you’d find with few others if any. Let’s not go overboard here, however – these words are tailored to service the musical arrangement and vocals rather than aping modern poetry. AV Super Sunshine proves here, as he has with past releases, that few performers of today are as skilled projecting their personalities into their work.

This is another memorable release for AV Super Sunshine and company. It is my belief, despite the many plaudits coming his way over the years, Sunshine remains criminally underappreciated. His clear appreciation for the past, his ability to reframe his influences in a distinctly modern way, and the iconoclastic bent in his persona make him a must-listen each time out. “Frankenstein” is no different.