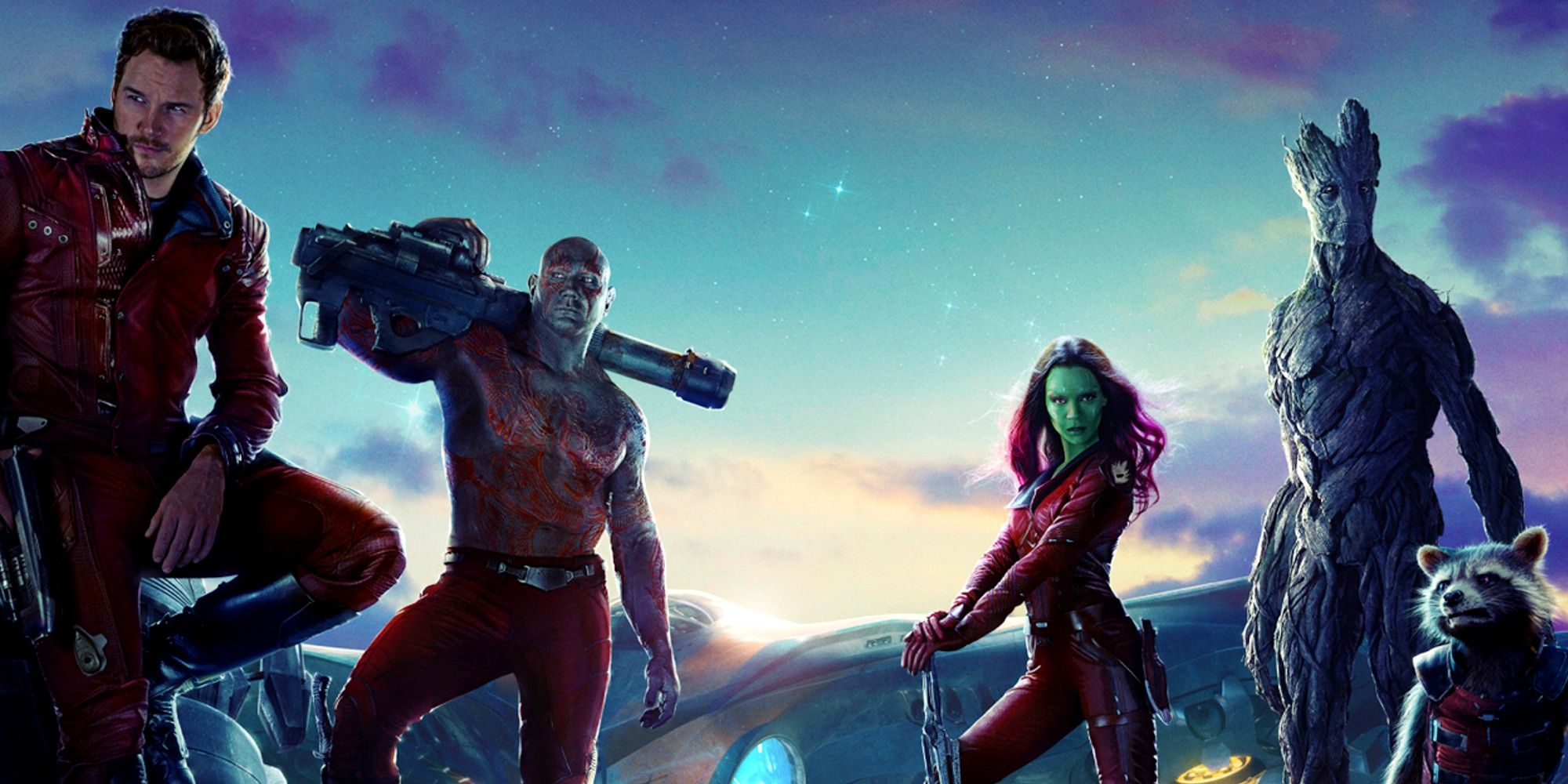 Guardians of the Galaxy director, James Gunn, has revealed details about the short films planned to introduce each member of the team before the film’s release. Gunn’s 2014 film introduced audiences to the then little-known team of space-faring heroes for the first time. Guardians of the Galaxy was the highest-growing superhero film of 2014, with both critics and audiences praising Gunn’s direction, screenplay, and soundtrack.

Marvel’s Guardians of the Galaxy saw audiences introduced to legendary outlaw Star-Lord, a.k.a. Peter Quill (Chris Pratt), assassin Gamora (Zoe Saldana), warrior Drax the Destroyer (Dave Bautista), and bounty hunter Rocker Raccoon (Bradley Cooper), along with his muscle/houseplant Groot (Vin Diesel). Together, the team of heroes outran Ravagers, Kree zealots, and intergalactic collectors, as they attempted to prevent the power stone from falling into the wrong hands. The team has since grown, with empath Mantis (Pom Klementieff) and Marvel’s empowered cosmic hero Adam Warlock now joining the team, portrayed by Bandersnatch and The Maze Runner star, Will Poulter. However, before the team became some of Marvel’s most beloved characters, they were relatively unknown, and as such, Marvel had alternative ways to get new fans up to speed.

Related: Guardians of the Galaxy Almost Had 4 One-Shot MCU Prequels

On his personal Twitter, Gunn shared a Screen Rant article about the proposed one-shot prequels, before elaborating on what they would contain. Gunn stated the Groot & Rocket short was partially filmed, with footage being shared at San Diego Comic-Con. Each short would have debuted before each Marvel film that preceded Guardians of the Galaxy to make fans aware of the characters. However, the one-shots were canceled due to the undertaking being ridiculous. Rocket & Groot’s short would have featured the duo’s meeting, while  Quill’s would’ve featured the backstory shown in the film. Check out Gunn’s full thread below:

I forgot about this, but this is true. Not only did we plan it, we shot footage for one of the scripts (Rocket & Groot) – part of which was the first shot of Rocket shooting a machine gun on Groot’s back that we showed at San Diego Comic Con. https://t.co/fxlD85f5YB

There were going to be 4 – Rocket & Groot, Gamora, Drax, & Star-Lord. Only the Rocket & Groot script was fully finished, but it was also completely storyboarded. It was the story of how they met & I still think it’s true in my headcanon. Also I wrote a role for @AlanTudyk in it!

We didn’t end up doing it because I realized it was ridiculous for me to be writing & directing 4 short films at the same time as I was prepping an enormous world-building movie.

The 3 shorts were going to play before the 3 movies coming out before Guardians – which seemed like a good idea to get people to know them since everyone was telling us these unknown characters were going to be “Marvel’s first bomb.”

The 4th short was going to be Quill’s backstory which is really what’s at the beginning of Guardians now. It was really hard for me to admit it was too much for me & I was sad deciding I couldn’t do them (especially Rocket & Groot). But, you know, maybe someday!

Much loved by critics, fans, and even being director Steven Spielberg’s favorite superhero movie, Guardians of the Galaxy was first hinted at by Kevin Feige at 2010’s San Diego Comic-Con, before being confirmed during the 2012 event, with Gunn signing on shortly afterward in August. The cast was revealed slowly throughout the following year, with Pratt, Saldana, and Bautista joining Gunn and producer Feige on stage during Marvel’s Hall H panel at San Diego Comic-Con 2013 alongside Michael Rooker, Karen Gillan, Djimon Hounsou, Benicio Del Toro, and Lee Pace, who played Yondu, Nebula, Korath, The Collector, and Ronan the Accuser, respectively. Cooper and Vin Diesel’s casting was confirmed later during August and September. The film’s overall production lasted from September 2012 to July 2014, before finally releasing in theaters on August 1st.

Marvel’s plans to release short films centered on each character do make sense when considering the state of Marvel in the early 2010s. Alongside changing Star-Lord’s origin and other details, the studio had to find new ways to introduce these then-largely unknown characters to audiences in an accessible, easy-to-understand manner. Attaching these one-shots to the established Avengers member’s solo outings would not only introduce these characters to audiences, but would also make the audiences invested in their future, as at the time, Guardians of the Galaxy was considered a riskier film. But as Gunn stated, the necessary work would have been a huge undertaking, and the introductions utilized in the film quickly inform audiences of this new band of misfits who would soon become beloved household names.

Next: Thanos’ Snap Could Be Responsible For Adam Warlock’s MCU Story

Nathan is a young writer whose interest in film started when watching behind-the-scenes features on DVDs as a kid. He graduated with a degree in Film Studies. He has an interest in stories, how they can affect people and inspire. Nathan also has a fondness for comics and games, doing his best to keep up to date.