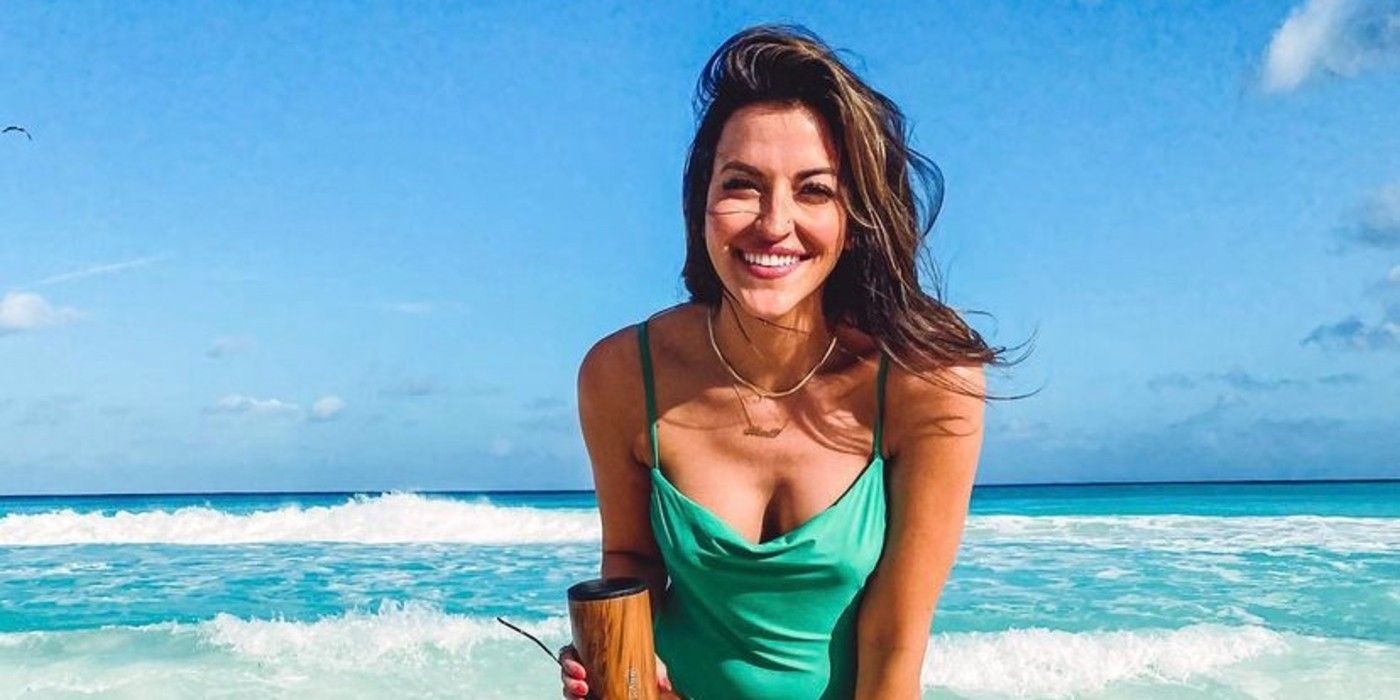 Bachelor In Paradise fan favorite Tia Booth revealed her new boyfriend to her Instagram followers in a video montage detailing their relationship. Known for being unlucky in love, Tia seems to have finally found someone to make her happy. After watching her three stints with the Bachelor franchise, Tia’s co-stars and fans are thrilled to see her smiling.

Tia was first introduced to Bachelor Nation in 2018 as a contestant on Arie Luyendyk’s season of The Bachelor. Although Arie did not choose her, she won the hearts of fans of the show. She returned later that year to appear on the fifth season of Bachelor In Paradise, during which her ill-fated relationship with Colton Underwood ended. After that, many fans wanted her to be the next Bachelorette. This year, she made it to the end of Paradise but left alone, even though she dated a bunch of guys, including Kenny Braasch, Blake Monar, James Bonsall, and Aaron Clancy. Although it didn’t happen in Mexico, fans wondered if she would ever find her happy ending.

In a post on Instagram, Tia revealed that she has a new boyfriend, Taylor Mock, who currently lives in Nashville. She posted a video of herself and her man, captioning it, “Not gonna lie-it’s been nice keeping this to myself, but it’s about time y’all know too.” The playful montage includes clips of the couple laughing and hanging out together, set to the song, “get away” by LANY. Tia appears happy and relaxed throughout the video. Taylor also posted a slideshow of photographs and wrote the loving words, “It’s hard to put into words how you truly feel about someone you love. I guess I’ll keep it as simple as I’ve never felt more alive than when I’m with you.” They both seem to feel that they have found their person. In the comments of Tia’s post, fans wrote that they already knew that the couple was together because their sleuthing helped them to find a picture of Tia and her mystery man all the way back in September when he posted a picture on his own account of himself and Tia and tagged her. It seems they have been dating for awhile, but have just made it official. Everyone is excited to see Tia in her new relationship.

Tia’s co-stars expressed their happiness for their friend in the comments on her post. Her Bachelor In Paradise castmates flooded the post with well wishes. Becca Kufrin said, “We approve. Get those double dates lined up soon,” and Serena Pitt said that they are “adorable!” Natasha Parker commented, “Sooo cute,” and Riley Christian posted, “Love to see it!” Tia’s other friends from Bachelor Nation, including Raven Gates, Adam Gottschalk, Jade Roper, JoJo Fletcher, and Kaitlyn Bristowe, also left supportive comments for her. She has a lot of people rooting for her as she enters this new chapter of her life with Taylor.

Although Tia didn’t find love on Bachelor In Paradise, she does seem to have found happiness in her new relationship. Because of her bubbly personality and strong spirit, she kept persisting until she found someone who fulfilled her, and she didn’t settle for the wrong person. Hopefully, this will be the end of her time with the franchise, and she can look forward to happily ever after.

Next: Bachelor In Paradise: Noah Erb Drives Car Into House While Kissing Abigail

Yellowjackets: Who Killed The Survivor? Every Suspect Explained
How Britney Spears’ Fiancé Sam Asghari “Went All Out” for Her 40th Birthday Trip
Cara Santana’s Holiday Collection Is Bold, Fun, & Comfortable
Succession Recap: We’re Not Sure Which of the Roy Siblings Made Us Squirm More
Helen Mirren Is Unrecognizable as She Transforms Into Israel’s “Iron Lady” Golda Meir for New Film