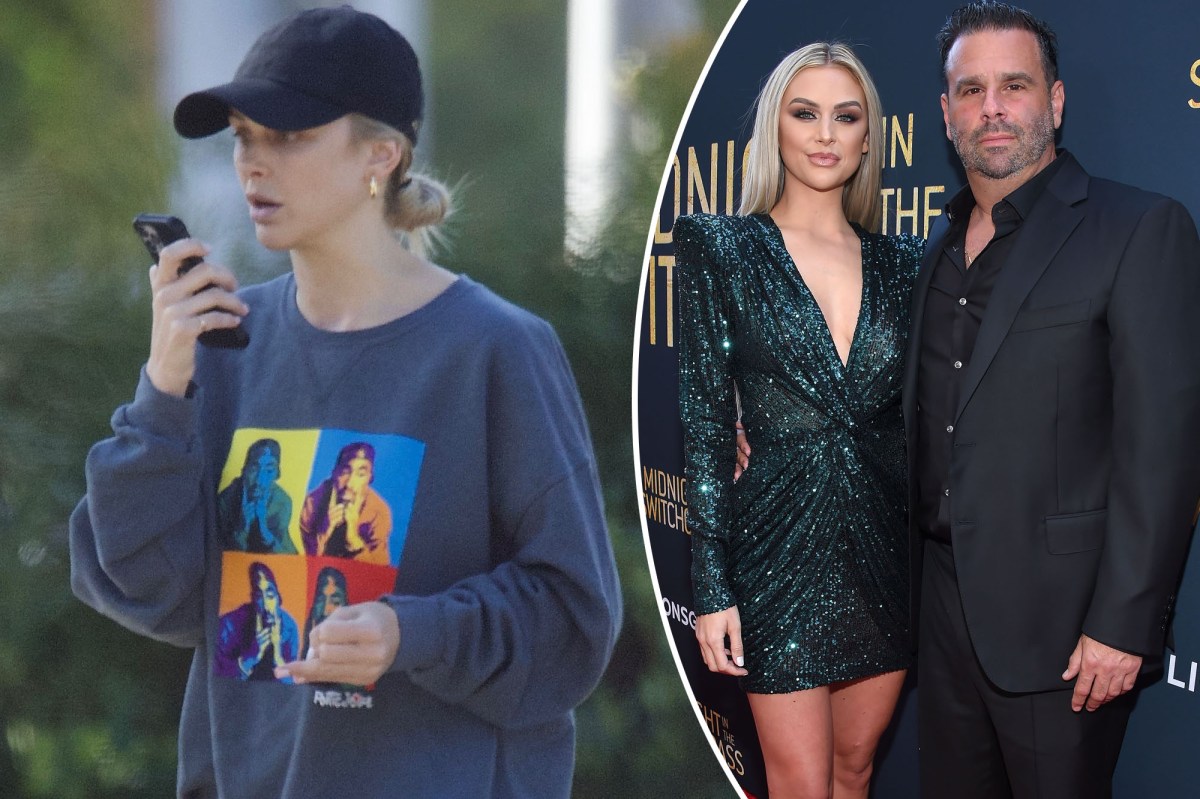 Lala Kent was spotted without her engagement ring after splitting from fiancé Randall Emmett this week.

The “Vanderpump Rules” star, 31, was photographed Tuesday sans sparkler while leaving the Beverly Glen Deli in Los Angeles with mother Lisa Burningham by her side.

Asked by paps about her decision to call it quits with the 50-year-old producer, Kent remained mum.

Page Six exclusively reported Monday that the pair — who share daughter Ocean, 7 months — called it quits three years after getting engaged. Breakup rumors began swirling Sunday night after Kent archived or deleted any photos with Emmett from her Instagram page.

Kent checked into the Beverly Hills Hotel on Sunday night with their baby girl shortly after photos and videos emerged of what appeared to be Emmett spending time with two women during his trip to Tennessee.

Kent’s decision to end things with Emmett came three years after she accepted his proposal during a trip to Mexico celebrating her birthday.

While the “Give Them Lala” author once kept her relationship with Emmett off-camera, he has been heavily featured on the current season of “Vanderpump Rules.”

“It’s wonderful to have him on this season. Our relationship was so unexpected and we never thought we’d showcase it on TV like this because there was so much judgment surrounding it in the beginning,” Kent told Page Six last week, acknowledging the pair’s 19-year age difference that once drew criticism from her castmates.

Though she expressed enthusiasm at letting fans “dive into” her romance with Emmett, Kent admitted that they make “zero sense” together.

“I know that my relationship makes absolutely no sense on paper,” she said. “I am completely aware of that.”

Kent and Emmett meant to tie the knot in 2020 but their wedding was indefinitely postponed due to the COVID-19 pandemic.

Emmett was previously married to Ambyr Childers, with whom he shares two older children, London and Rylee.