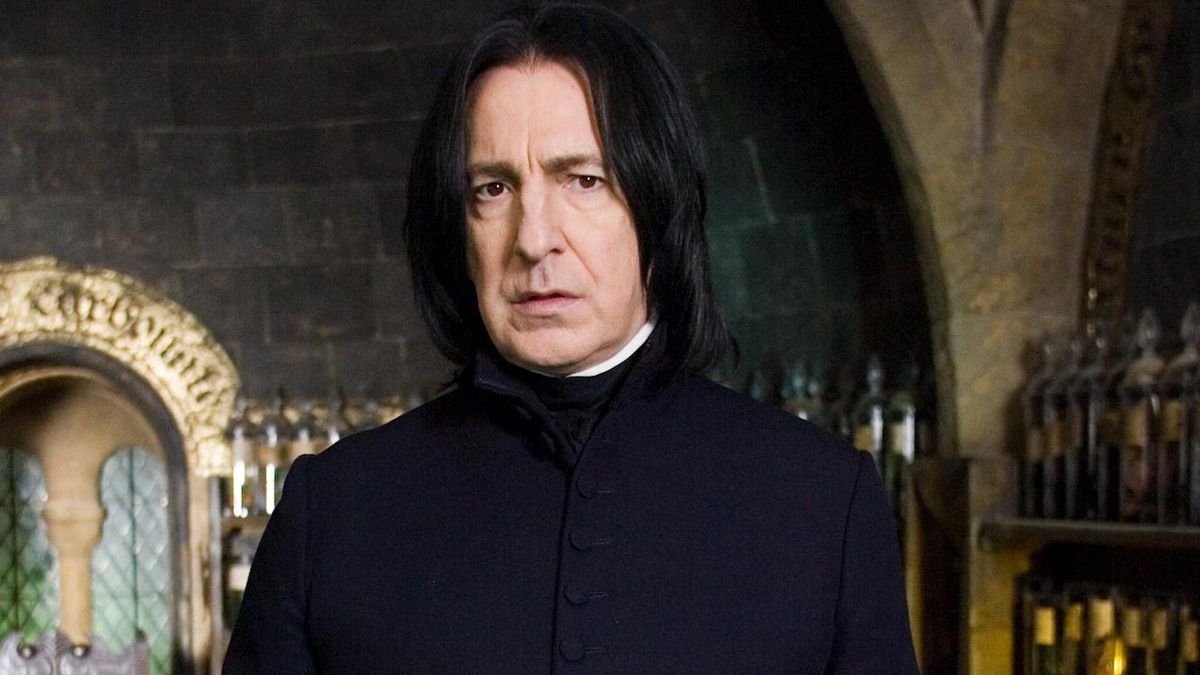 Hans Gruber wouldn’t break onto a list of all-time great movie villains. Not when the likes of Darth Vader, Hannibal Lecter and Lord Voldemort exist. But you DAMN well better select Gruber when you are singling out Alan Rickman’s greatest villainous role, and not the damn Sheriff of Nottingham, as this Twitter user dared to do.

On the one hand, this is a harmless poll meant to generate a conversation on social media. Which of these villains, played by Heath Ledger, Christoph Waltz, Alan Rickman and Anthony Hopkins would qualify as “the best”? It’s totally objective, completely dependent on one’s own opinion. And here’s mine: You can’t single out Alan Rickman, and not make the choice Hans Gruber, his brilliant villain from the action classic Die Hard.

Director John McTiernan’s Die Hard isn’t Alan Rickman’s first role, but it definitely is the one that catapulted him to stardom. Seeing him match wits against blue-collar New York Cop John McClane (Bruce Willis, back when he really cared about the roles he accepted) was as thrilling as any of the action set pieces in the explosive action classic. There’s a reason why this simple verbal interaction tops almost every major fight scene or action beat in the entirety of Die Hard… even though the whole movie is flawless, from start to finish.

The other choices in the poll check out. Hannibal Lecter has to qualify as Sir Anthony Hopkins’ most iconic villain. Christoph Waltz might have Blofeld from the James Bond franchise to replace his Inglourious Basterds role, but I’ll allow that choice. And the late Heath Ledger won a posthumous Academy Award for playing the legendary DC villain The Joker opposite Christian Bale’s Batman in Christopher Nolan’s The Dark Knight.

So yeah, three-quarters of this poll nails it. But for the late Alan Rickman, they go with The Sheriff of Nottingham from Kevin Reynolds’ Robin Hood: Prince of Thieves, starring Kevin Costner. Which is… fine. But not correct. Rickman has so many amazing roles from which to choose. And some of them are even villainous. I almost would argue for Severus Snape, even though — by the time we reach the end of the Harry Potter series — his motivations prove to be protective and not hostile. But until that happens, Snape cuts a terrifying figure, and scared me more than the Sheriff of Nottingham.

So, with the choices given here, which of these four would you choose? And do you agree with me that Hans Gruber belongs in the Alan Rickman slot over the Sheriff? This seems cut-and-dried, but it’s Twitter, so rules of logic typically don’t apply.