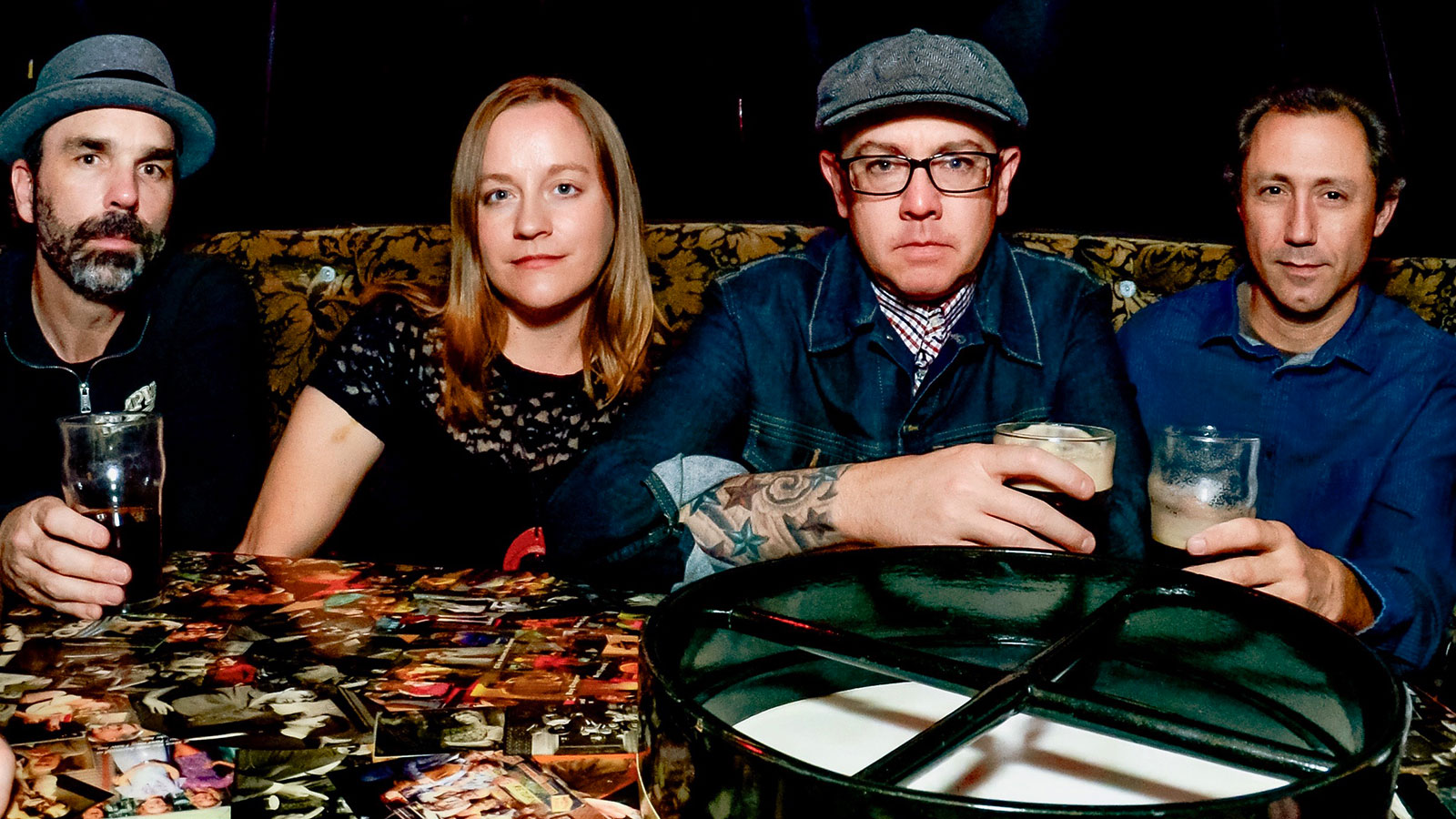 When it comes to recording music, Swainn is far from the novice act they once were. There’s no informality to the process by now, as slapdash and effortless as their drinking songs and onstage/in-studio personas might come across, and every piece of their latest effort Under a Willow Tree acts as a testament to this very fact. Over half a decade into recording and releasing music as a unit, the group Swainn (sometimes-known-as Cockswain) heralds from Arizona and the desert landscape has never sounded so rough and rowdy as it does on Under a Willow Tree — there’s plenty of rocking and rolling on display with this one, and the musical talent has only grown more polished with each release as the band hones their skills even further.

Lead vocalist Neil proudly owns the Arizonian heritage of the band, saying it always comes as a shock to fans on tour — with such a polished, Irish sound, there’s no wonder, and the fact that willow trees wouldn’t stand a chance as a Family Feud answer for Arizona landmarks only strengthens the mystique behind the music. “When you think about the desert, you think of cowboys and lawlessness,” says fiddle player and background vocalist Mandy. “In the same way, we’re sort of lawlessly not following any external influences. It’s Celtic, but it’s not totally traditional. We’re a little melting pot of where we’re from and everything we love.” This exact lawless, Irish cowboy approach is what fuels the remarkable Under a Willow Tree throughout its forty-minute runtime, giving listeners incredible choruses to return to time and time again.

If Swainn wanted to pivot into rockabilly or southern rock anytime soon, it would come as a shock but it would be a turn they could carry well. Their sound is already so refined and unique that it’s tough to see them perfecting it even more, but there’s still plenty of fun in trying and UAWT is an album all about fun. Lead single “Bag o’ Bones” reckons with mortality in an in-your-face attitude that very few could bring to the table, and the entirety of UAWT follows suit. There’s plenty of reflection and introspection to be had here but the main tone of the album is dead set on keeping the party going. The pummeling from the traditional Irish rock instruments never lets up on a song-to-song basis, which is what makes softer moments such as “Home” ring out as that much more of an anomaly. The song is a welcome and necessary change of pace, of course, but there’s a bit of antsy eagerness that’ll leave listeners chomping at the bit for the faster stuff. The immediate follow-up “Let’s Get Loose” delivers on such cravings, so any hang-ups don’t stay present for too long.

Allowing listeners and the band alike to cut loose by closing the album out on “Another Drinking Song” is perhaps the best choice the album makes. It acts as a curtain call for the songs that came before it and remains a standout for the album through several of my repeat listens. There’s ample fun to be had throughout all of Under a Willow Tree, but there’s no denying the catchy rambunctiousness specifically in this last entry. It’s an Irish wake, you’re not saying to Swainn; there’s always more music to come, this is just a small “see ya later.” Now, excuse me while I go back to listening to this thing on repeat. Cheers to that!