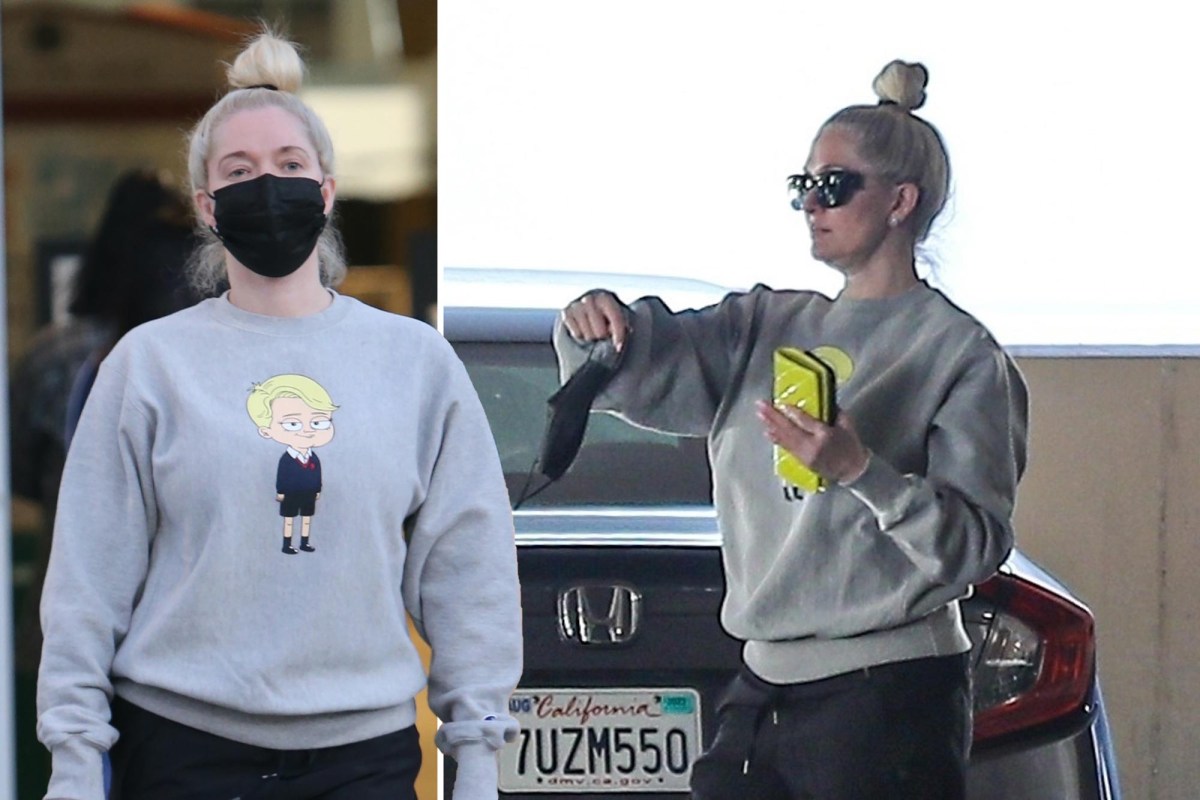 The “Real Housewives of Beverly Hills” star was photographed yet again on Thursday, this time wearing a sweatshirt emblazoned with a cartoon version of Prince George from the HBOMax animated series, “The Prince.”

Jayne, 50, was snapped in the merch while exiting the Salon Republic in Burbank, Calif. The reality star’s blonde tresses were pulled back into a loose bun atop her head in the pics, showing no evidence that she actually spent time in a salon chair.

Beginning life as a series of Instagram shorts by Gary Janetti, “The Prince” parodies the imagined inner mechanics of the royal family through the eyes of Prince George, who is the eldest son of Prince William and Kate Middleton. The youngster, 8, is third in the line of succession to the British crown.

Jayne paired the comfy sweatshirt with a yellow wallet and a black face mask, shading her eyes at times with a pair of oversized sunglasses.

Her plain Jayne getup is a far cry from the glammed-up look fans became accustomed to while watching her on “RHOBH.” Jayne was also recently snapped shopping at a TJ Maxx in Pasadena, Calif., for discounted duds with her assistant.

While Jayne has repeatedly denied knowing of Girardi’s alleged scamming of airplane crash victims, many of her co-stars are taking her claims of ignorance with a grain of salt.