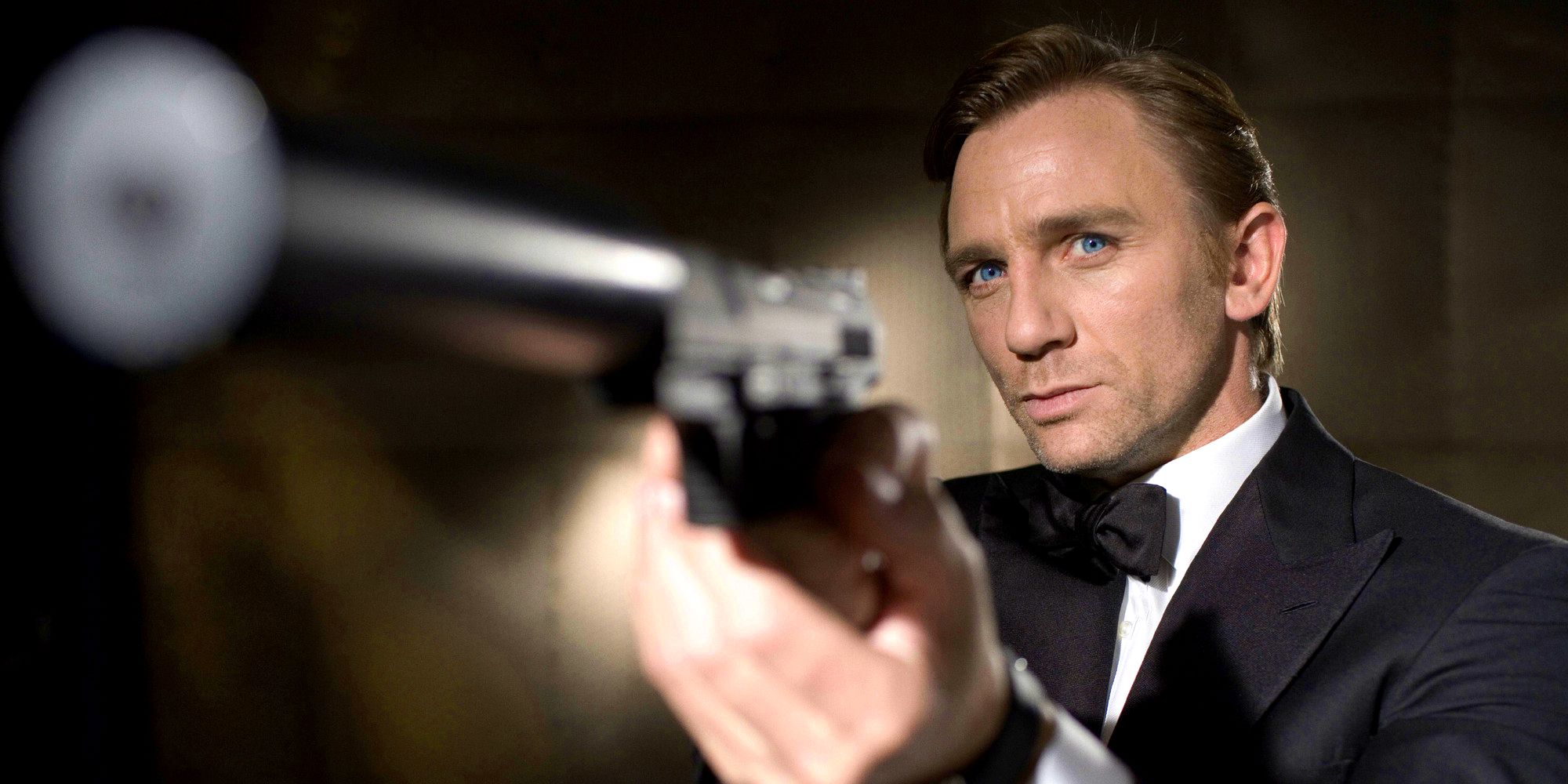 In a new interview, James Bond casting director Debbie McWilliams reveals the rigorous audition process that takes place every time a new 007 is chosen. With the release of No Time To Die, Daniel Craig’s last Bond film, fast approaching, many fans are taking the time to reflect on the Craig era of Bond. From 2006 to 2015, audiences were gifted with gems like Casino Royale and Skyfall and have been left feeling disappointed by the likes of Quantum of Solace and 2015’s Spectre.

Although the Bond films he’s starred in have varied in quality, most will agree that Daniel Craig brought a fresh, rugged energy to the role of 007 and revitalized the character for younger audiences. Craig, as many will remember, was not initially a popular choice for the superspy, with many decrying the announcement immediately only to be convinced of Craig’s talent after seeing his first outing as the character in Casino Royale. Craig’s physicality, his less conventional good looks, and his more blunt approach to the 007 role stand in stark opposition to the previous Bond, Pierce Brosnan, but it sounds like the casting process for the two actors was largely the same.

Related: James Bond Rewatch: When To Start (And What To Skip) Before No Time To Die

In a new interview with EW, casting director Debbie McWilliams, who has worked on every Bond film since 1981’s For Your Eyes Only, revealed the intense casting process every Bond actor has gone through before earning the right to play the role. The process can take months or even years to complete before an actor is chosen and is a collaborative effort between McWilliams, the director, and the Broccoli family, the owners of the studio behind the films. Read McWilliams’ full comment below:

“It’s a pretty rigorous process, I have to say, it goes on for quite a considerable time. Lots of people are considered and then rejected for one reason or another. Then it comes down to two or three choices and those people usually have to do a screen test, they have to do a stunt assessment, and they have to meet everybody. It’s a committee decision between the producers, the studio, and the director, but it’s usually very much down to the Broccoli family. They’re pretty much in control. But I don’t think they’ve ever cast someone who the studio absolutely didn’t want them to cast. It’s not something that happens overnight, shall we say.”

Before Bond, Craig was known for roles in films like Layer Cake, Munich, Road to Perdition, and Lara Croft: Tomb Raider, but hadn’t really proven himself as someone who could lead his own big-budget action movie, perhaps explaining why many were unhappy with the news of his casting. When looking for an actor to play Bond, McWilliams explains that there are a few things she looks for as a casting director, saying: “It’s somebody who can hold their own, who is attractive, physical, capable of taking on not just the part but all the razzmatazz that goes with it.” Actors who were in the running with Craig to become Bond reportedly include Clive Owen, Henry Cavill, Sam Worthington, Rupert Friend, and Dougray Scott.

With the future of James Bond beyond No Time To Die very much up in the air at this point considering Craig’s departure from the role, it seems McWilliams, if she chooses to stay with the franchise, will soon be starting up the search for a new actor to take over the mantle. Actors like Tom Hardy, Idris Elba, Cillian Murphy, Richard Madden, Tom Hiddleston, and Sam Heughan have all been subjects of reports and fan speculation regarding their potential candidacy as the next Bond, although these reports have been nothing more than rumors at this point. While the next Bond actor is still a mystery and fans will likely have very different ideas about who should take over the role, No Time To Die seems to be shaping up to be a legendary send-off for Daniel Craig, an actor who, many agree, has been one of the best Bonds of all time.

More: Daniel Craig Was Sure He Was Done As Bond After Spectre (Why He Returned)

Ryan Northrup is a freelance writer for Screen Rant and a lover of all things film. Whether it’s the latest Marvel release, the hottest new Netflix series, or a smaller indie film, Ryan just loves storytelling – and writing about it! Much like School of Rock’s Dewey Finn, who believes “one good rock show can change the world,” Ryan believes that a good story can do just the same.

A graduate of Vancouver Film School’s Screenwriting Program, Ryan doesn’t just like to write about movies and TV, he likes to write his own! Ryan is currently working with a Canadian producer to bring an original feature to life.