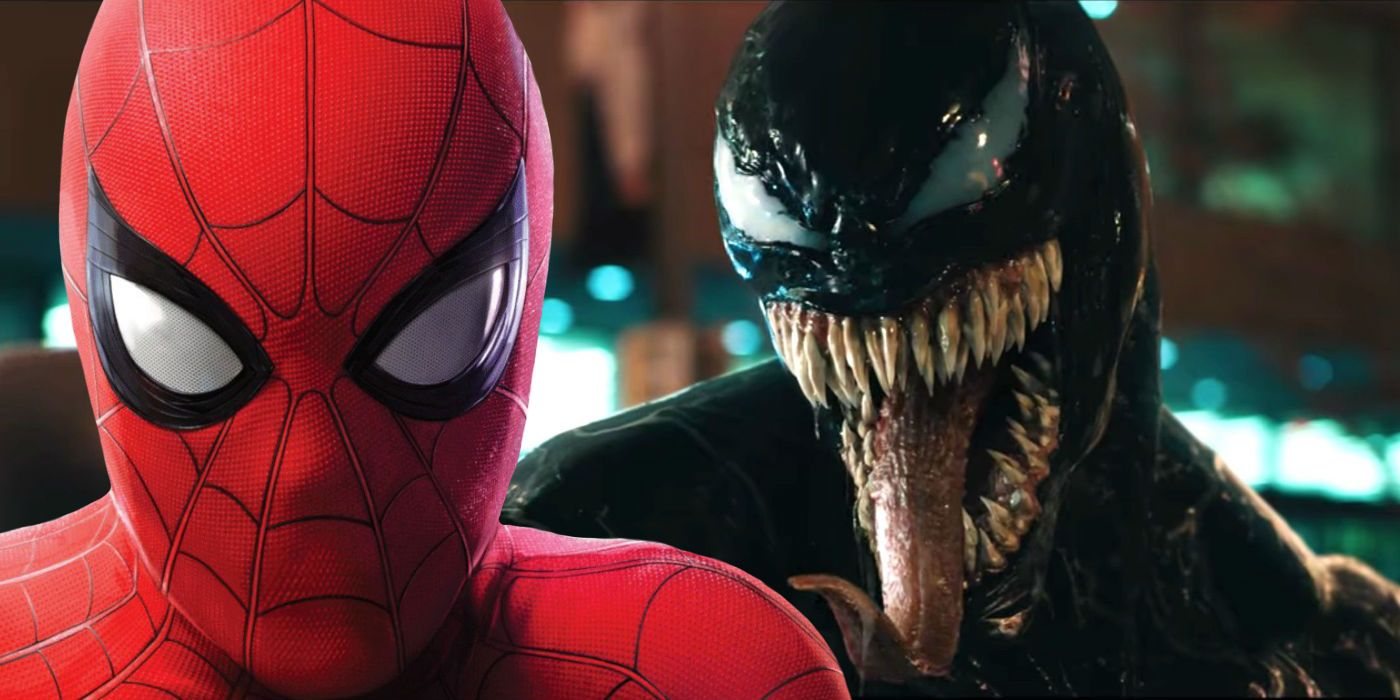 Venom: Let There Be Carnage director, Andy Serkis, has confirmed that Spider-Man and Venom will “of course” meet in the future. The highly anticipated sequel to 2018’s Venom is due to release in just a few weeks and will center around Tom Hardy’s character, Eddie Brock, as he becomes accustomed to life as a host to an alien symbiote and the challenges that this ultimately brings with it. Alongside Hardy, Woody Harrelson will star as the serial killer, Cletus Kasady, who also bonds with an alien symbiote to become Carnage, Venom’s nemesis.

Both Venom films take place in Sony’s newly dubbed “Sony Spider-Man Universe,” which is also set to include the upcoming Morbius film that is currently slated for release in 2022, as well as Kraven the Hunter, which is slated for 2023. The Sony Spider-Man Universe is currently comprised of films that are based around Spider-Man villains, without actually including the Spider-Man films themselves. This is due to Sony currently sharing the character of Spider-Man with Disney after coming to an agreement back in 2019, thankfully keeping him within the MCU. Since the announcement of this new cinematic universe from Sony, many fans began to question if this ultimately meant that Spider-Man could be making an appearance in some of these villain-centric films in the future.

Now, it seems Serkis has the answer audiences have been waiting for. Speaking to IGN (via The Direct), Serkis was asked about the likelihood of this crossover and if Venom would ever meet Spider-Man, to which he replied quite frankly “of course it’s gonna happen.” Check out Serkis’ full quote below:

“Look, that’s the question on everyone’s lips. They want to know if Venom is gonna meet Spider-Man, but personally, it’s never gonna happen. I’m only joking, of course it’s gonna happen… But, I think there’s so much… Look, it depends when you want to get there, and also, what the appetite is. If people want more Venom stories, then, to jump straight to Spider-Man, you could be missing out on so many great supervillain characters in between now and then. So, in a way, by rushing to it, you might be closing the door.“

The director then went on to discuss how “there could be some fantastic stories” centered around the villains in the Ravencroft Institute, an asylum for the criminally insane, as well as citing “all the other symbioses to be had as well…” Serkis continued “But, point taken, yes everybody wants to see Venom fight Spider-Man.” However, he expressed his concerns that in the process of rushing to incorporate Spider-Man into the story of Venom, “they’ll be sacrificing all of that stuff.”

Ultimately, it’s clear that Serkis’ focus is largely on the world-building of Venom and focusing on the comic lore, rather than just jumping the gun to incorporate Spider-Man for the sake of it. But that’s not to say that Serkis isn’t already more than aware of fans’ excitement to see Venom and Spider-Man face off in the future, and Hardy himself has expressed his desire for a possible crossover. Hoping that Serkis will make good on his claim that this crossover is certainly something that can be expected in the future, it now begs the question of how the pair will meet and under what circumstances fans could find them. Until then, audiences can look forward to the latest installment in Sony’s Spider-Man Universe, Venom: Let There Be Carnage, which is set to release on October 1.

Next: What Tom Hardy In Morbius Means For Sony’s Spiderverse Future