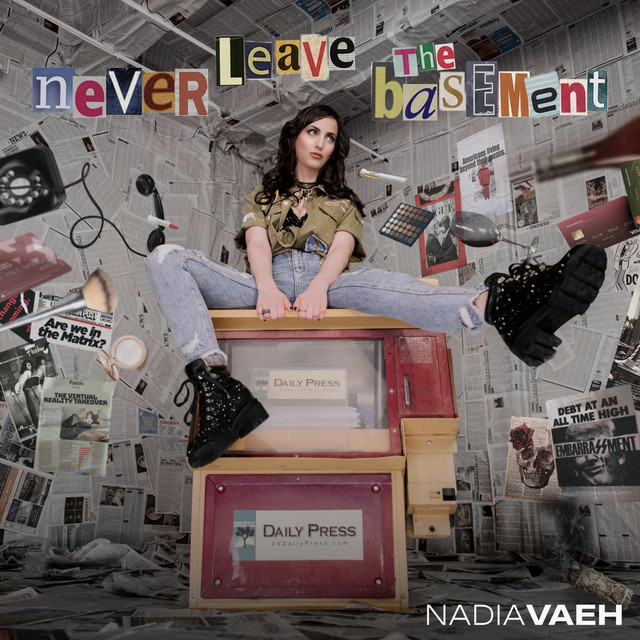 From an instrumental perspective, Nadia Vaeh’s “Never Leave the Basement” is a pretty plain pop single that doesn’t sport the same indulgence a lot of the other content coming out of her scene this summer has been. It’s got the simple guitar parts, a faint bassline skirting the percussion and forming a sweet groove, and a gentle tempo that seemingly doesn’t press its singer too hard in the booth. What makes “Never Leave the Basement” such an awesome track has little to do with compositional frills and everything to do with the voice of its creator; Vaeh pours emotion into these verses that elevates their greater statement significantly and ultimately makes this a hard release to put down for pop fans.

Vaeh’s vocal swept me off my feet the first time I heard it, and this is another song in which she’s able to be as relaxed with her lyrics as she sees fit. There’s no heavy drumbeat bearing down on her from the backdrop, and the bassline isn’t weighted with so much overdrive that its punchy beats obscure those coming from the percussion and her singing the same. You can call it insular, but it’s just as much a personality showcase as it is a demonstration of introspection on her part.

This track is mixed in a rather retro style for a modern pop song, but then again, I don’t see a player like Nadia Vaeh having much need for the extra fluff some of her peers would just as soon use to create an entire album. Every instrument has its place in the arrangement that is never made to be disturbed, and by using her vocal to tie everything together rather than a synth part (or worse yet, some pointlessly virtuosic element), she gets to flex melodic muscles that are bound to leave her competition a little jealous.

It’s hard to believe that this really is the same rookie recording artist who dropped “Anxiety” just last year, and something in my gut tells me that Nadia Vaeh is only getting started. She’s popping off melodic fireworks like it’s second nature in this performance and leaving me very curious about what her proper LP is going to look and sound like, and if she keeps producing music as bold and immersive as she has in her career thus far, pressure to drop an album is only going to get stronger from here on.