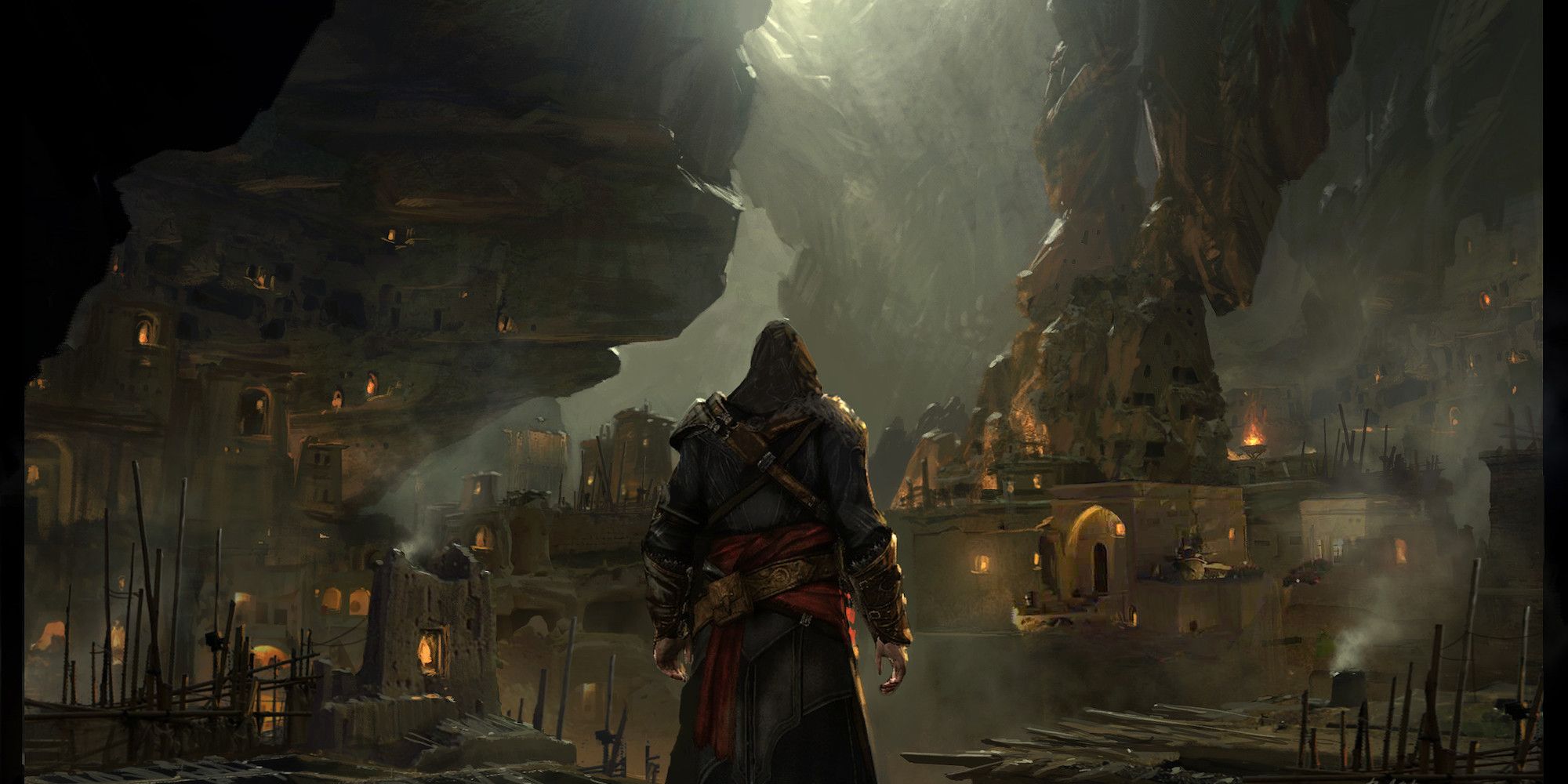 After 16 years at Ubisoft, longtime Assassin’s Creed art director Raphael Lacoste is leaving the studio. Ubisoft’s open-world historical fiction franchise began with the release of the first game back in 2007. Since then the Assassin’s Creed series has allowed fans to climb and sneak around settings such as the Italian Renaissance, Ancient Egypt and the French Revolution.

French video game developer and publisher Ubisoft is a staple of the gaming industry, having created and curated huge franchises such as Assassin’s Creed, Far Cry and Watch Dogs. However, the company has recently suffered from negative press. Many executives have been accused of harassment and abuse over the past year, and this toxic culture puts Ubisoft at high risk of losing talent, according to reports from the company itself. However, this risk has had no apparent effect on the developer’s output of titles.

Related: Assassin’s Creed: 10 Ways Valhalla Is The Best Game In The Series

Assassin’s Creed art director Raphael Lacoste recently announced his departure from Ubisoft via Twitter. The exodus comes after 16 years working at the company, during which time he served as art director on a total of eight Assassin’s Creed titles. These projects include the very first game in the series, along with particularly successful installments such as Assassin’s Creed IV: Black Flag and Assassin’s Creed Origins. During his tenure at Ubisoft Lacoste also worked as the art director on various games in the Prince of Persia series, including the highly-acclaimed 2003 title Sands of Time.

It is not without emotions I have to tell you that after 8 assassins, 16 years at Ubisoft I have decided to set sails on new adventures and challenges. 1/3 pic.twitter.com/ZynG1pXoK9

3/3 – Thank you too ,Ubisoft , for your trust and the fantastic projects we brought to life together ! Bye for now, these years will remain unforgettable 🙂 pic.twitter.com/w2NnVLQhoO

Despite the departure of such an important figure in the franchise, the Assassin’s Creed story shows no signs of ending any time soon. Recent leaks have apparently revealed the next installment in the franchise, a live-service game titled Assassin’s Creed Infinity. The next step in the massive open-world franchise will supposedly act as a platform which Ubisoft can build on for years to come. Rather than focusing on one single time period, Infinity will be continuously updated with new settings and characters to form an ever-evolving experience. However, this ambitious new title is likely a few years away, so fans will have to wait to discover what exactly Assassin’s Creed Infinity brings to the table. Since the game’s leak on July 7, Ubisoft has recognized the rumors and dropped hints about the live-service story. The developer and publisher reaffirmed the franchise’s focus on high-quality narrative experiences, while also explaining that Assassin’s Creed has been moving towards a live-service model over the last few years.

Raphael Lacoste has had a hand in creating some of the most beautiful and expansive Assassin’s Creed games to date, and so his absence will be greatly missed. While Ubisoft continues marching the franchise towards an ambitious future, the departure of an original Assassin’s Creed creator feels like the end of an era.

Next: How AC Infinity Can Avoid The Problem Most Live Service Games Can’t

Thomas McNulty is an avid reader, writer, player and watcher from New Jersey. Movies, TV shows, video games, books and pop culture are personal passions, and he is thrilled to be writing about topics that are near and dear. If someone has a story to tell, they should be able to tell it. He is committed to delivering accuracy with every article and staying true to his voice.