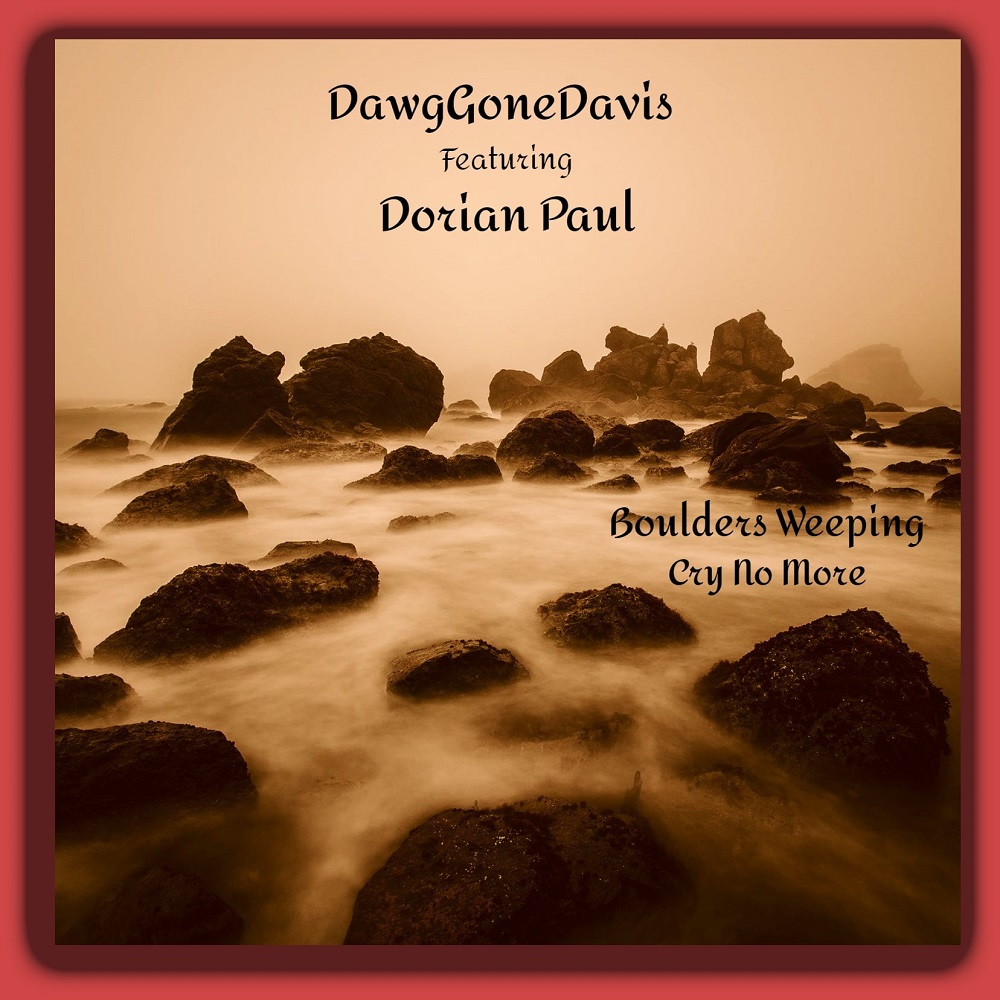 One of my favorite albums that dropped last year was Gorillaz’s Song Machine. I’ve been a longtime fan of Damon Albarn, not only because of his abilities in pushing the boundaries of musical cross-pollination but for his effortless abilities to interweave cultural significance and modern issues into the song. “Boulders Weepng (Cry No More)”, feels like a missing b-side somewhere in the Gorillaz catalog, because in many ways, singer/songwriter Rebecca “DawgGoneDavis” Davis channels the work of Albarn with her dry delivery opposite an absolute banger of an instrumental and is inclusive to feature a great hook with R&B and Gospel singer Dorian Paul. It aims to look headfirst into the gun violence we’ve been exposed to especially over the last few years.

It might not be as tight and polished as Gorillaz, but it’s damn near cut from the exact cloth that makes them so good, and I could easily see that with time and more craftsmanship that she will effortlessly pour into her work, she could be easily compared to them. The sounds that are present from the minute the track begins are bound to throw off anyone expecting another traditional or indie Rap song because it’s more an experimental fusion of Rap and Rock sensibilities. It weirdly reminded me of the Liu Reed/Metallica album from a decade ago which is not a good album, but the sensibilities and ideas of it are conveyed leaps and bounds better than even that group of masters.

Davis is a naturally gifted lyricist who puts her pain and passion headfirst into the song. She’s making no attempt to be subtle but is being effective with metaphorical rumination with her words. You can tell one of her biggest goals is to hopefully be heard, and with a sound this good I can’t imagine why she wouldn’t be. Despite debuting in 2020, her songs have been broadcast around the world, and she’s not ever been one to shy away from truly speaking her mind, which is a time of disposable content-music, is a breath of fresh air. I wonder if as time progresses she’ll lean into this more niche persona as a protestor with her art. I personally don’t think that would be a bad idea since she wears it so well.

Sometimes the song suffers from a few tech snafu’s and I feel like the mixing on her vocals against the instrumental is just slightly off, causing her to sometimes sound like she’s fighting over attention with the backing track, but that’s more when the song’s guitar spikes with a true gut-punching riff. Dorian Paul is equally great on the album with his contributions to the chorus allowing the song to have an almost cinematic quality to it, and his voice coming from a higher octave Gospel background is a perfect contrast to Davis’ more gruff demeanor and presentation.

You can hear all the passion that was poured into this song, and it’s not wasted anywhere. I hope that as she continues down this path her music only gets stronger and stronger, and I hope the world reaches a place someday that she can dry her tears.

The music of DawgGoneDavis has been heard all over the world in partnership with the radio plugging services offered by Musik and Film Radio Promotions Division.  Learn more https://musikandfilm.com