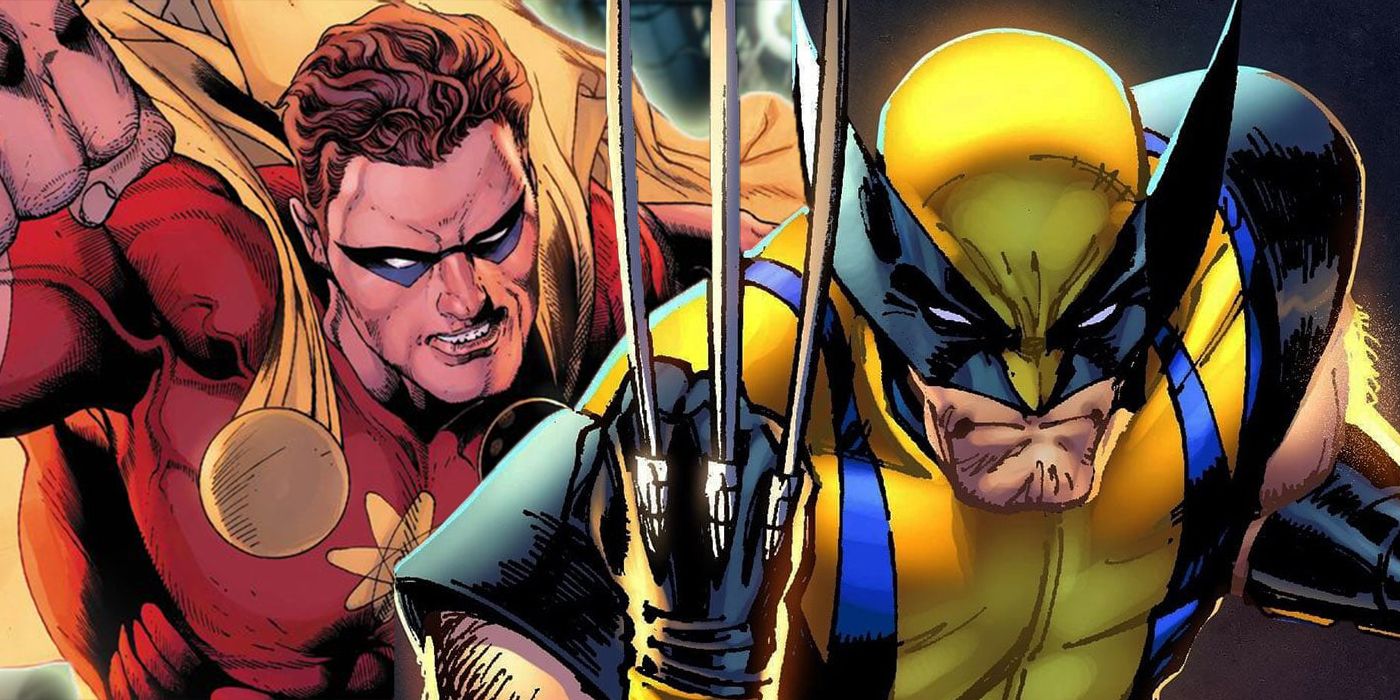 Hyperion has proven to be pretty much invulnerable in Marvel Comics’ new reality, but one of his greatest weaknesses has just been revealed: Wolverine’s magical claws. In a new preview for Heroes Reborn: Weapon X & The Final Flight, Logan deals some serious damage to Marvel’s Superman, using his enchanted claws to slice through and kill the greatest hero on Earth.

Marvel’s new Heroes Reborn universe has sharply remixed some of the publisher’s greatest stories and characters. In a world where the Avengers never came together as a team, the Squadron Supreme – who are Marvel’s pastiches of DC’s Justice League – are the most powerful superteam on Earth. However, unlike the Avengers, the Squadron Supreme has a much darker mentality, especially when it comes to killing. Hyperion, Doctor Spectrum, and Power Princess have killed a number of heroes and villains, including the Hulk, Rocket Raccoon and Groot, and the King in Black. However, only one hero has seemingly killed Marvel’s Superman.

In a new preview for Heroes Reborn: Weapon X & The Final Flight (H/T AIPTcomics.com) by Ed Brisson, Roland Boschi, Chris O’Halloran, and VC’s Cory Petit, the story flashes back two years, where Wolverine and the Alpha Flight team are seen fighting against the Squadron Supreme. In this universe, Wolverine’s claws have been enchanted by Shaman, which makes him one of the only people on Earth able to deal damage to Hyperion. Wolverine actually kills Marvel’s Superman in the fight.

Wolverine reveals the Squadron Supreme and an army have taken over Canada, annexing Albert and British Columbia for their resources, while bombing the rest of the country for trying to stop them. He describes Canada as a “corpse of its former self.”

As the Squadron Supreme tries to kill Alpha Flight, Wolverine recounts the members of Canadian heroes who were killed by the Squadron Supreme, including Guardian, Puck, Northstar, Snowbird, and Vindicator. As the clawed-hero notes he signed Alpha Flight’s death wish that day by killing Hyperion, Shaman teleports the team out of battle.

In the new universe, Wolverine’s magical claws are capable of killing the strongest hero in the universe – making him a huge target to the Squadron Supreme. Considering Hyperion is seen in the present-day at full strength, it’s worth asking whether he can die for good in the Heroes Reborn universe or whether a potential deal with Mephisto makes Marvel’s Superman invincible - even if he is susceptible to certain attacks like Wolverine’s magical claws. Readers will find out more when Heroes Reborn: Weapon X & The Final Flight is in comic stores on Wednesday.

Next: Thor Was Nearly Defeated By Marvel’s Coolest Weapon