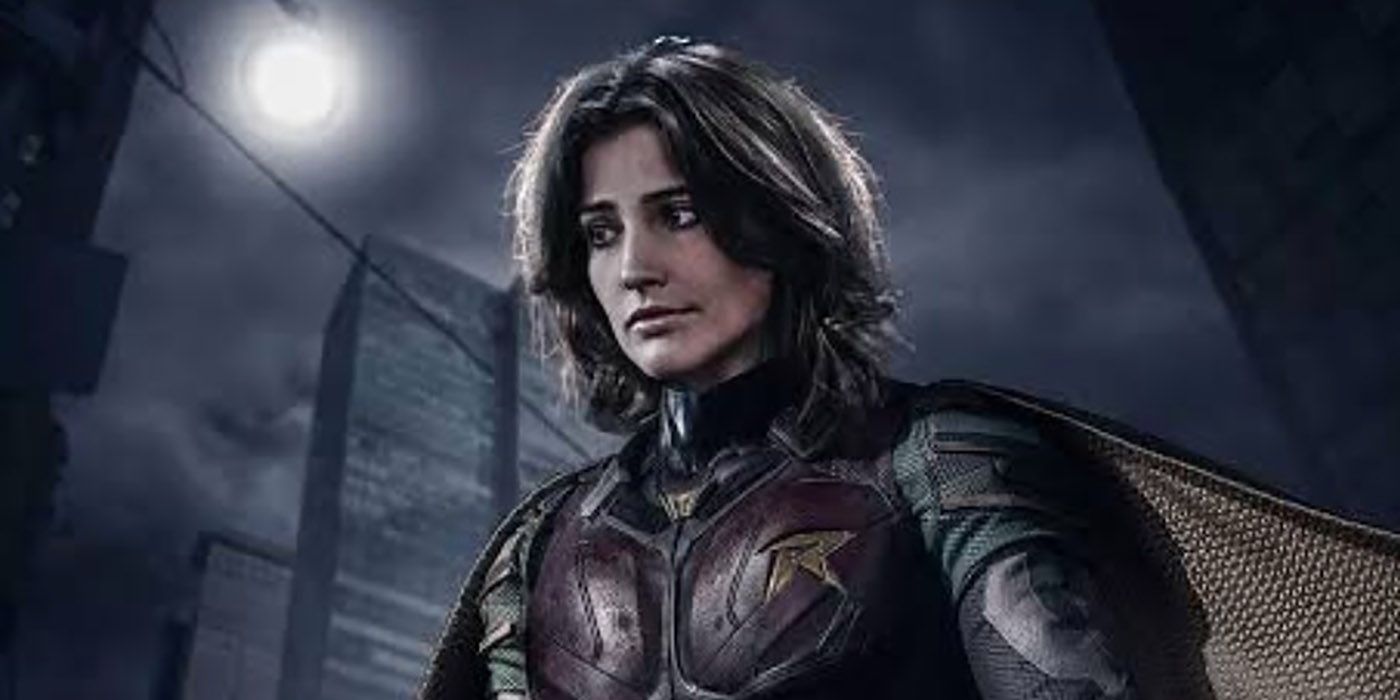 A new mashup poster has been revealed combining the worlds of How I Met Your Mother and Batman with Cobie Smulders as both Robins. The CBS sitcom centered on a group of friends in Manhattan and their lives, all told through a series of flashbacks by protagonist Ted to his future children to chronicle the eponymous story. Smulders starred in the series alongside Josh Radnor, Jason Segel, Alyson Hannigan and Neil Patrick Harris.

Though running for a successful nine seasons on the network, the series dropped in popularity as it progressed and saw its series finale widely criticized by fans for its betrayal of the titular character in an effort to reignite the romance of Ted and Robin. After years of a couple of different spin-off projects died in development, a new sequel series is in the works entitled How I Met Your Father with Hilary Duff starring. Borrowing the title from a previously-scrapped project, the new sitcom is in development at Hulu.

Related: Where Every HIMYM Character Will Be During How I Met Your Father

Artist BossLogic took to Twitter to share a new work imagining Smulders’ How I Met Your Mother character as the crime-fighting partner of Batman. Utilizing a suit akin to Brenton Thwaites’ portrayal of Robin in HBO Max’s Titans, the image also sees her holding on to the blue French horn last seen in the sitcom’s series finale. Check out the image below:

BossLogic has consistently proven to be an artist for the fans across his career, delivering everything from fan mashups to concept art of newly-cast superheroes. His most recent effort saw him put Aaron Taylor-Johnson in the role of Kraven the Hunter for Sony’s in-development eponymous film shortly after his being cast to portray the character. While his more timely art generally delivers exciting art, his mash-up work frequently proves either hilarious or fascinating for fans in the odd combining of properties and blending HIMYM and DC Comics is certainly out there.

The use of the Titans Robin suit might not quite mesh well with the happier-natured Robin or her blue French horn, but the ambient moon lighting and ominous skyscraper backdrop certainly make her an imposing force to reckon with. Given Smulders’ current role as badass Maria Hill in the Marvel Cinematic Universe, it’s certainly not hard to see the How I Met Your Mother star take on the role of Batman‘s partner in a gender-swapped portrayal of the character. The ball is now firmly in fans’ and DC’s court to make this happen.

More: How I Met Your Father: Everything We Know About HIMYM Spin-Off

Grant Hermanns is a News Writer for Screen Rant, having just recently joined the team. Way back in 2015 while still in his college days, Grant got his start in the entertainment journalism industry with creator-friendly site Moviepilot until it shuttered nearly three years later. From there he joined the staff at ComingSoon.net and was its Associate Editor prior to coming over to Screen Rant.

To say he’s a lover of film and television would be an understatement and when he’s not mass consuming either you can find him exploring the world of Dungeons & Dragons with friends or slowly making his way through his gaming backlog.