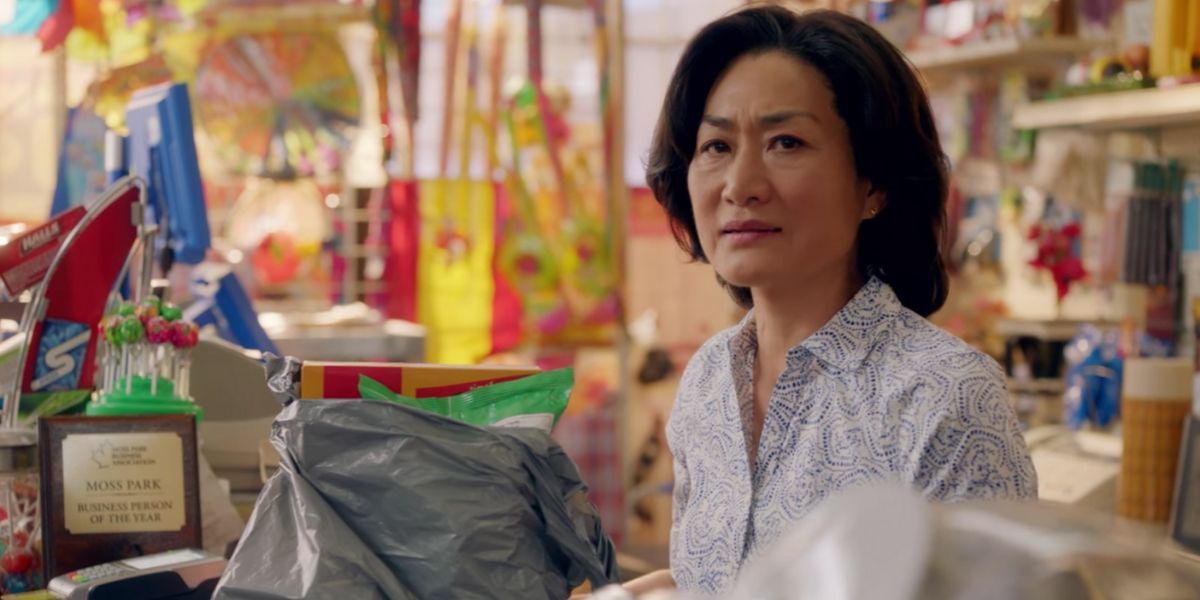 Kim’s Convenience star, Jean Yoon, supports Simu Liu’s critical statements regarding the show and condemns racist storylines that originally existed in many of the scripts. The Canadian sitcom debuted in 2016 to positive reviews from critics, who appreciated its humorous and thoughtful exploration of a Korean Canadian family living in Toronto. Adapted from a play written by Ins Choi, the popular series followed Mr. Sang-il Kim (Paul Sun-Hyung Lee) and Mrs. Yong-mi Kim (Jean Yoon) as they operated a convenience store and interacted with their grown children, Janet (Andrea Bang) and Jung (Simu Liu). Upon its eventual release on Netflix in 2018, it soon garnered a widespread and devoted viewership. Its fifth and final season became available online last week.

Once the last season dropped on Netflix, Liu took to Facebook to share his disappointment with the abrupt and seemingly unplanned cancellation of Kim’s Convenience. In the post, he described his frustration with the stagnation of his character, explaining that he had hoped Jung would exhibit deeper development throughout the series. He criticized the producers, who he noted were “overwhelmingly white,” for failing to listen to the personal experiences of the Asian-Canadian cast. Liu also expressed dissatisfaction with co-creator and showrunner, Choi, who he believed failed to advocate for the cast or offer any meaningful mentorship upon his departure. Soon after Liu posted his statement, news writer, John Doyle, published an article rebuking the actor for his remarks.

On Twitter, Yoon stepped in to defend Liu and responded to Doyle with her own experiences working on Kim’s Convenience. In a series of tweets, she disclosed the racist mistreatment that she faced during production, calling her time on the show “painful.” In the thread, Yoon criticized the lack of female Asian writers on the show, noting that it made filming “VERY DIFFICULT.” She also revealed that the cast had received multiple scripts that included harmful and racist scenes, which compelled them to speak to Choi and push for those parts to be removed. Read her posts below:

The cast received drafts of all S5 scripts in advance of shooting BECAUSE of Covid, at which time we discovered storylines that were OVERTLY RACIST, and so extremely culturally inaccurate that the cast came together and expressed concerns collectively.

The cancellation of Kim’s Convenience has also ignited greater scrutiny surrounding an upcoming spinoff. Titled Strays, the new show follows a recurring figure from the original series, Shannon Ross (Nicole Power), as she makes a new life for herself in a different town. As Liu noted in his statement, the only character to receive the greenlight for a spinoff was the one non-Asian cast member on Kim’s Convenience. Many viewers have similarly shared their dismay with the industry decision to leave the Kim family behind.

During its run, Kim’s Convenience received acclaim for its representation of an Asian-Canadian family learning to navigate the generational and cultural divides between parents and children. Yet, as more cast members step forward, it becomes clear that what was shown onscreen was not always a true mirror of what took place behind the scenes. In the television industry, it becomes far too easy to fall back on a superficial kind of inclusivity that prioritizes the appearance of equality, rather than concrete actions geared toward long-term change. Hopefully, Yoon and Liu’s statements lead to a deeper reckoning with who is chosen to tell which stories and why.

Michelle Mehrtens is a News Writer for Screen Rant. She recently graduated with an MFA in Documentary Film from Stanford University. She is also the founder of Meesh Says Things, a website dedicated to film and television.

Kathy Hilton Says Kim Richards Was First Sister She Called Before Joining Real Housewives; Weighs In On Possibility Being On The Show With Kim And Kyle
Crazy Rich Asians Director Admits Fault After Colorism Backlash
15 Best Showtime Series, Ranked According To Metacritic
Dream Kardashian, True Thompson and Chicago West Are Too Cute to Handle in Sporty Matching Outfits
The Mission: Impossible Movies: 10 Cool Behind-The-Scenes Facts About The Tom Cruise Franchise