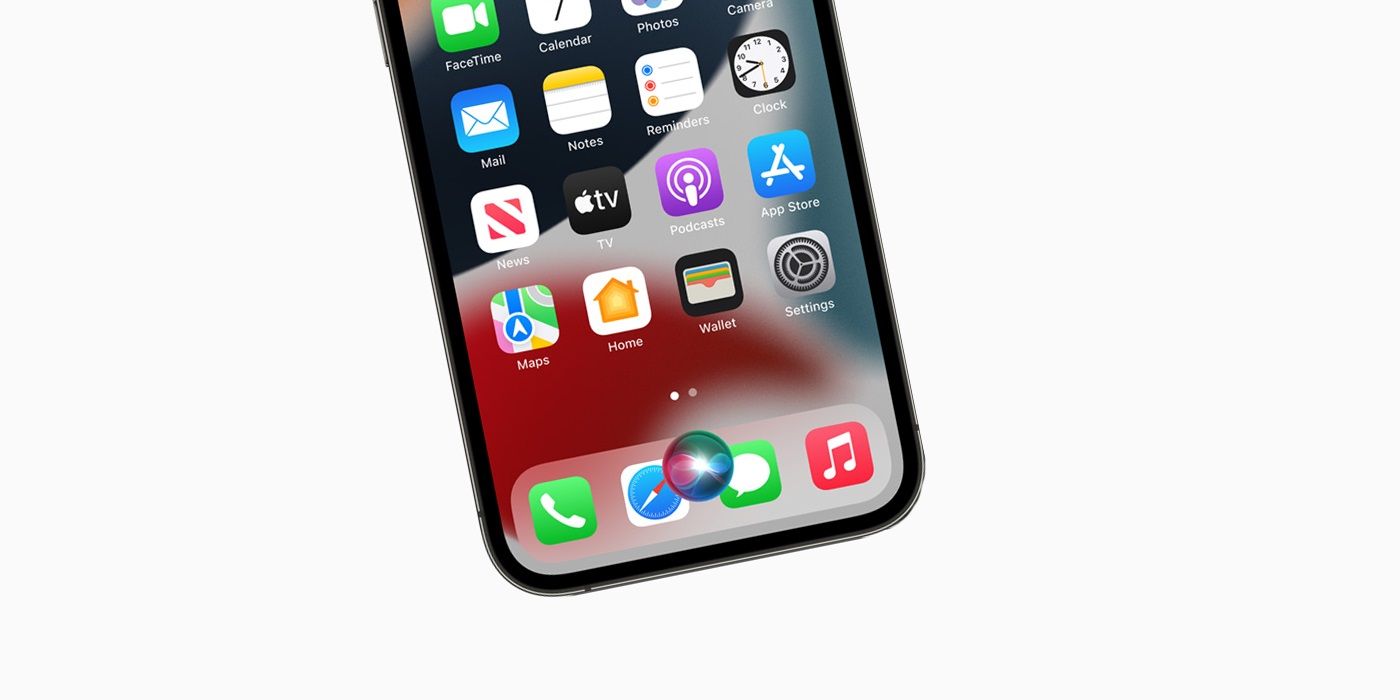 Apple‘s Siri will become more useful even without an internet connection when iOS 15 rolls out, thanks to better on-device support. Siri might not be as capable as virtual assistants on other platforms, but the changes Apple is now making will make its assistant more useful to iPhone users and in more situations. At the same time, improving privacy and accessibility in general.

As is to be expected with a tool that syncs with the internet, virtual assistants do tend to require a connection to perform tasks. Whether it is providing answers to questions, feedback in general, or controlling other compatible smart home devices. However, not all functions and commands are so reliant on an internet connection and this is where Apple is now looking to separate some for offline use.

Related: Is Samsung’s Sam A Bixby Replacement For Galaxy Phones?

Announced at WWDC 2021, Siri will soon be able to perform a number of actions and commands regardless of whether there is an active internet connection at the time. The better on-device support won’t be arriving until iOS 15 does, so users will need to wait until the operating system upgrade lands. As explained by Apple, the feature is part of a much wider switch to on-device audio processing on iPhone, in a bid to improve privacy in general.

What Siri Will (& Won’t) Do When Offline

Siri will mostly be able to perform actions related to the device the assistant is installed on. In other words, most things that can be processed locally is where the real value will be and this includes launching apps, making changes to the settings, controlling music, and other tweaks to the system in general. As to be expected, what won’t be possible to do offline is the more general virtual assistant use cases, such as getting answers to questions based on information that is obtained from the internet.

Although this change only results in some of the basic and local functionality being processed by Siri, it is still an important upgrade. Not only will it ensure a more private use of the virtual assistant, as audio commands will be processed locally even when connected to the internet, but it also improves accessibility in general. Both privacy and accessibility have been major focuses from Apple in recent years, so it makes sense that Siri on iPhone and iPad would benefit from that focus as well. Not to mention, these general requests should also be performed much faster in the future considering they are being processed locally on Apple’s devices.

Next: Why You Can’t Locate A Lost Apple TV Siri Remote With The Find My App

John has been writing for the internet since 2014 with a focus on the line where technology meets the movie and TV industry. John is a Psychology graduate from England who now lives in the U.S. Prior to the move to writing online, John worked in the airline industry as an airline reviewer. After moving to the U.S., John’s reviews shifted from airlines to smartphones, streaming devices and TV-related services.

John now enjoys the fact that he gets to combine two of his favorite hobbies – technology and movies. John’s favorite movie genres largely boil down to horror, Sci-Fi, thriller and just about any movie with an ensemble cast. The best place to follow John is on Twitter.

It’s Finally Happening: First Marvel Movie Tickets In A Year+ Are On Sale As Black Widow Gears Up For Release
Don’t Miss Tina Fey Playing Dolly Parton in Girls5eva This Weekend on E!
Virgin River Season 3 Trailer Reveals Jack’s Fate After Being Shot
How to Romance a Book Lover Without Giving a Book
New York inches closer to self-ID for trans people