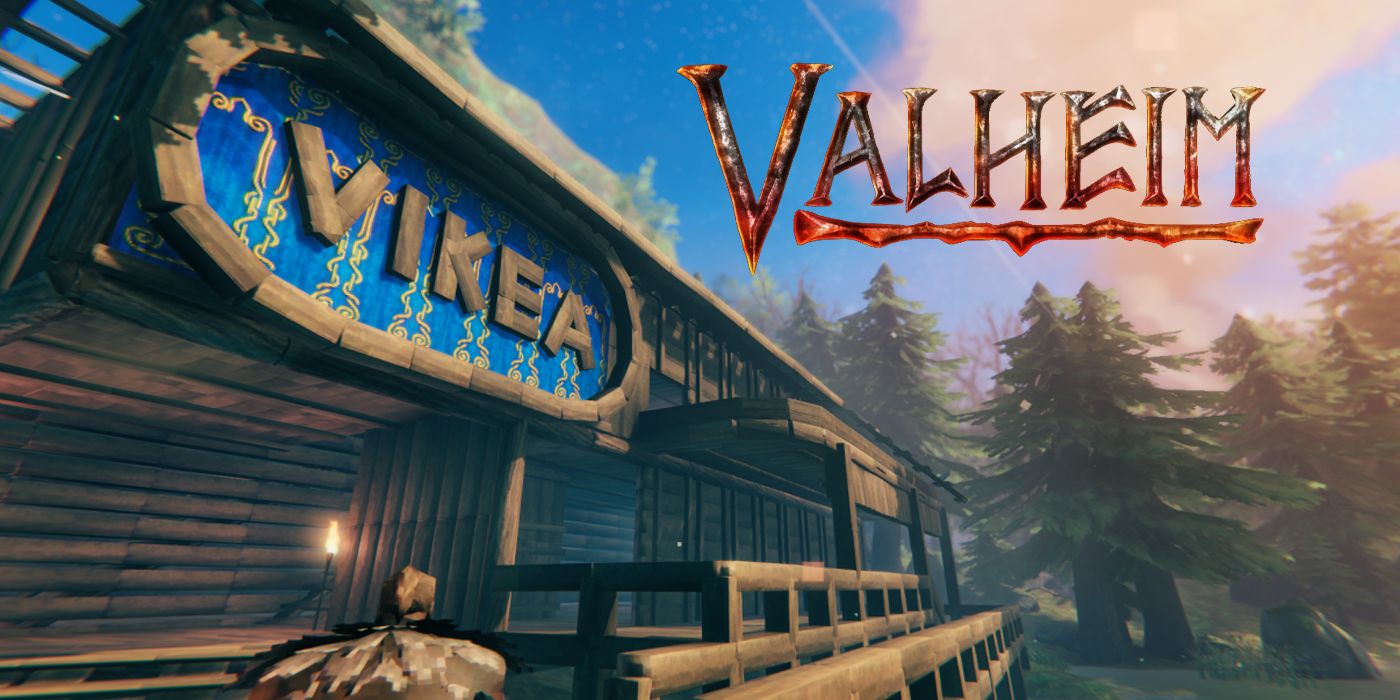 Sandbox survival game Valheim has become the site of a new Viking-themed IKEA store called Vikea, courtesy of some industrious Reddit users. While there aren’t any shots of what the building looks like from the inside, from the outside at least, it looks quite faithful to the iconic furniture outlet, with all the leftover parts and affordable meatballs that implies.

Valheim was developed by Swedish development team Iron Gate Studios as a sandbox survival game steeped in Scandinavian culture. Its heavy reliance on Norse mythology when it comes to its storytelling and settings is what helps differentiate it from Minecraft, but at its core the game retains the same fundamentals. Players start off with nothing, and are forced to mine for resources to survive, in addition to crafting tools, building shelter, and acquiring food. Over time, players can mine more valuable resources, craft more sophisticated items, and create more elaborate structures, all of which can be more for leisure than survival. So it goes without saying that Valheim lends its players the opportunity for some incredibly elaborate and creative builds, both original and inspired by popular culture.

The good folks over at the Comfy Valheim Discord server certainly thought so when they opted to build a massive recreation of the world-famous IKEA store. With some clever tools like the Gizmo mod to achieve building effects like curved beams and sideways banners not yet available in-game, Redditor -GH05T- and friends combined a modern Swedish icon with classic Norse architecture to create the very aptly named VIKEA store.

The builders over at Comfy Valheim certainly aren’t the first to build an IKEA store in a game, although they may be the first to do so in Valheim. No matter what the case may be, their creation is certainly no less deserving of praise. Sandbox games are all about ingenuity, and the way they managed to create curved borders and an instantly recognizable logo makes this particular build a success. Hopefully -GH05T- and company will post up pictures of what the store looks like on the inside, as there’s no confirmation yet as to whether VIKEA’s food court serves Swedish meatballs.

For anyone looking to shop at VIKEA, Comfy Valheim is welcoming new players onto their Discord server. But even though Valheim is a game that focuses on building resources and items, this particular store breaks with both that conceit and with IKEA tradition — the furniture is prebuilt, so there’s no chance of ending up with leftover parts.

Next: How Valheim’s Roadmap Hints At Coming Story Updates

Michelle Ballestrasse is a freelance writer, editor, blogger, and baker born and bred in the Bay Area. She starts every day with coffee and a keyboard, and winds down with wine and whatever’s new on Steam. Also an avid admirer of alliteration.