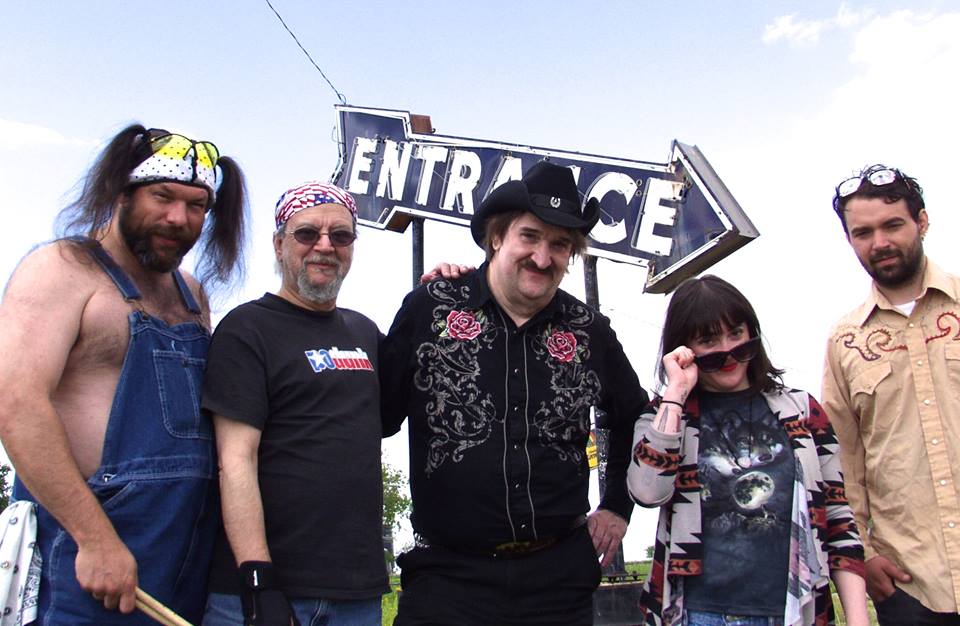 The ongoing evolution of alternative music has been spurred forth by the underground experimentalists before everyone else – and this especially includes the fusion players like those in Jesse & The Hogg Brothers, whose facilitation of a proper cowpunk revival has brought forth an exciting wave of players from Texas to Tennessee and beyond in the past ten years. The band’s new album Get Hammered takes elements of their previous works and combines them into a more country-specific sound I think a lot of critics are going to excitedly lose their minds over this season – and not for reasons a lot of listeners might be anticipating. In songs like “Hogg Tail Twist,” “Texas Hammer,” “Santa’s Got a Bag of Coal,” and “Cream Gravy,” Jesse & The Hogg Brothers essentially return the country music model to its roots, with their brash sound ironically having more in common with punk than the folkier half of Americana in contemporary times. This is an album made well outside the laws of any scene, and for music fans who have always argued that Johnny Cash was a punk well before there was a name for it, Get Hammered should be a particularly enrapturing piece to behold.

Melodicism isn’t totally lost in “We’re All in This Together” and “Love Buckets,” but instead merely finessed to suit the backdrop it’s being placed in front of. Poetically speaking, I think the real substance of Get Hammered touches on an angst too many are afraid to acknowledge in the country music establishment, which brings to mind the efforts a generation of Seattle grunge players engaged in to save rock n’ roll from itself back in the early 1990s. While I’m not suggesting that “Onion Ring,” “America,” and “Santa’s Got a Bag of Coal” are the essence of a fresh rebellion against Nashville’s bitter stagnation, they prove you can be country, be aggressive, and hate compositional excess all while turning up the volume and lending quarter to honky-tonk harmonies every now and again. It’s an awakening if you’ve been waiting for something American-made and powerfully riff-oriented when it needs to be, but more importantly, it’s going to put Jesse & The Hogg Brothers on a mainstream map for a lot of listeners this year.

There aren’t many as unspoiled by their successes in this game as Jesse & The Hogg Brothers are, and while they’re not stepping too far over the line to be considered dangerous outlaws, their style of songcraft is one that is bound to leave a lot of mundanity proponents up in arms. You don’t need to waste time with hype – this is an album that has way more bite than you’re going to expect, but for every venomous verse it offers, a bit of familiar country melodicism shadows the line. I’m impressed with Get Hammered and its creators every time I give it a listen, and while it’s not the first hit in their discography, I think it’s a bar-raising, new standard for Jesse & The Hogg Brothers without question.