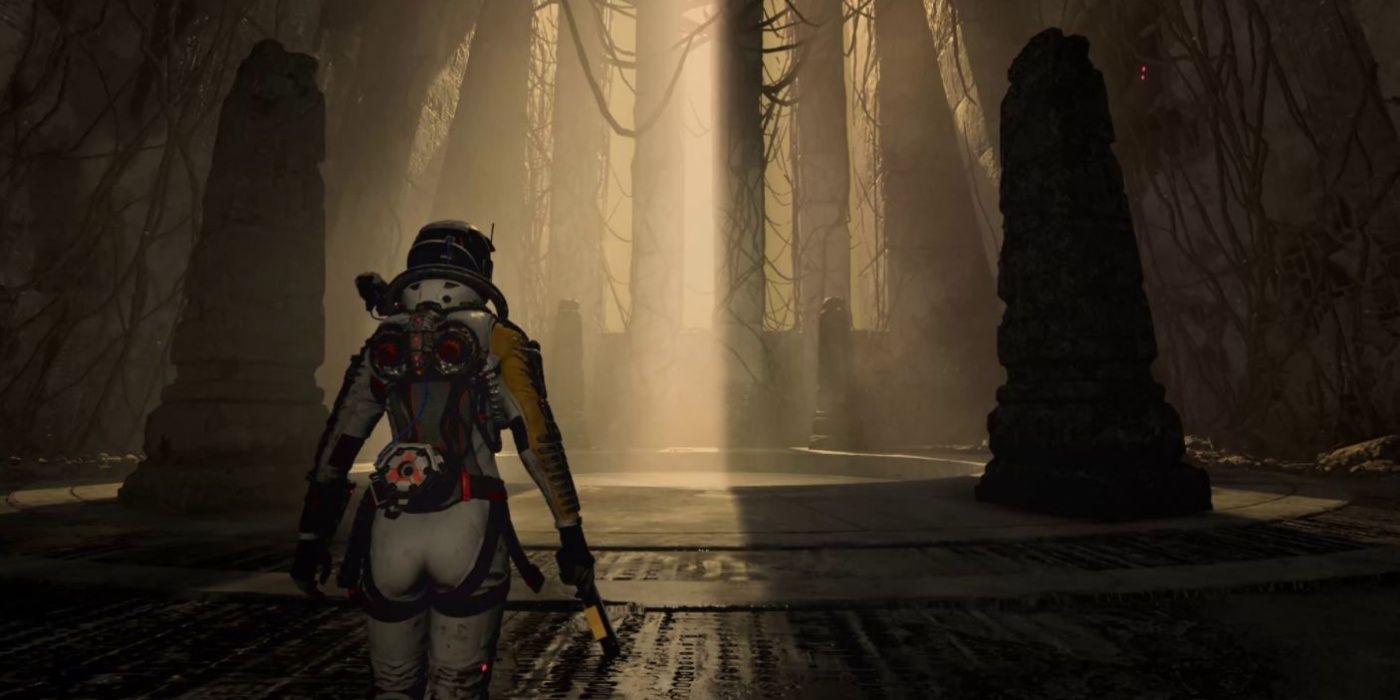 Tomorrow morning, Saturday, May 8, Housemarque will deploy Patch 1.3.6 for Returnal, an update that should finally address the game’s myriad save file corruption and crashing-related woes. At launch, Housemarque received a rush a positive attention due to generally favorable reviews for Returnal. But both the game and the developer have backslid a bit in terms of public perception following a swath of issues that continue to plague the experience for countless players.

The first few days following the title’s late April launch were inundated in reports of game crashes. Other users kept encountering issues that wouldn’t let them enter certain doors, a rather widespread glitch that, unsurprisingly, stifled player progress. All of these troubles sat front and center amidst discourse about Returnal’s difficulty and its lack of a reliable save state. Matters only grew worse when Housemarque released and quickly removed Patch 1.3.3 – the update that introduced Returnal’s save file corruption issue. The developer claims the next fix will alleviate these problems.

In a recent post on its official Twitter account, Housemarque announced that Returnal’s newest patch, 1.3.6, will go live tomorrow, May 8, at 11:00 am GMT/7:00 am ET. Players can expect the update to issue fixes related to “rare crashes,” blocked doors and items due to preorder suits, faulty healing behavior, controller mapping errors, and a slew of minor hiccups. Most importantly, Version 1.3.6 is set to address the corrupted save game woes that many a player has encountered. The developer’s message additionally reminds users to disable auto-updates on PlayStation 5 in order to keep their active runs.

Here’s to hoping 1.3.6 doesn’t inadvertently give rise to yet another game-breaking glitch. Should this patch perform as intended, plenty of Returnal players may finally be able to breathe a sigh of relief. However, there exists a contingent of fans who won’t be fully satisfied until Housemarque releases an update that gives Returnal a much-coveted autosave feature. The developer has said it plans to take all feedback into consideration, but there’s no word on whether that means autosave will make the cut.

A rogue-lite with bullet hell-inspired shooting mechanics, Returnal marks a big departure for at Housemarque. For 25 years, the Finnish studio made a name for itself with arcade-style adventures, though the PlayStation 3 era is what really cemented the team as something special, thanks to the likes of Super Stardust HD. It’s unfortunate that Housemarque’s first AAA outing has been plagued with a litany of unforeseen errors. Perhaps tomorrow’s patch will mark the initial steps of things starting to look up.

Next: How Long Returnal Takes To Beat

Returnal is out now exclusively on PlayStation 5.