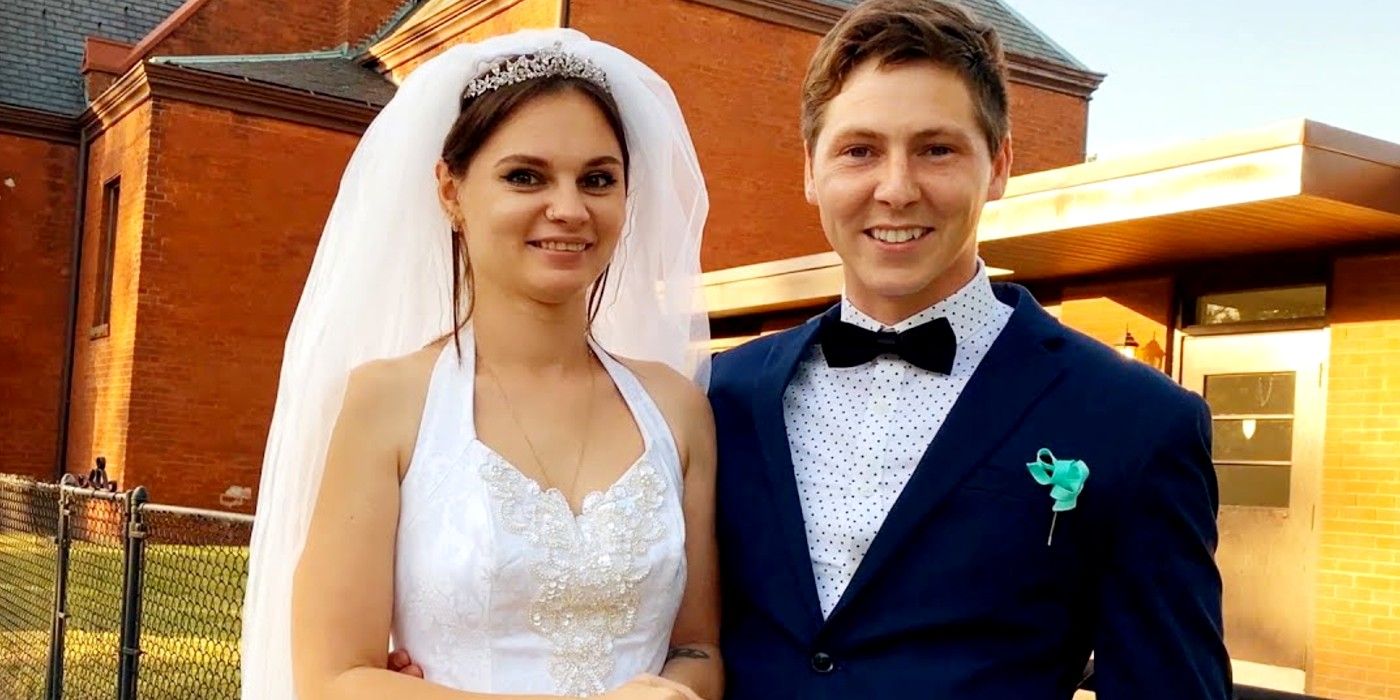 It took a little time for 90 Day Fiancé season 8 couple Brandon Gibbs and Julia Trubkina (who recently revealed plenty at the Tell-All) to jump on the Cameo bandwagon, and we’re ready to share information about how much money they are likely making on the platform. The young couple faced quite a few problems while appearing on the TLC reality show, from Brandon’s overbearing parents Ron and Betty to Russian go-go dancer Julia having to stay and work on the farm. However, during the Tell-All, fans saw a different side of Julia. She revealed that she chose to stay on the Dinwiddie farm because Brandon couldn’t afford the apartment of her choice. Brandon and Julia will appear on 90 Day Fiancé: Happily Ever After? season 6.

While Brandon’s mother Betty worried about Julia’s birth control measures (Julia has since been the subject of baby rumors) after she arrived in America in 90 Day Fiancé, the pest control expert Brandon was concerned about his fickle finances. Brandon had revealed that he was $10k in debt and concerned about the fact that Julia might believe he had a fair bit of money. Brandon went to Russia to meet Julia and that cost money. He went on several other trips and also flew Julia and his family to Iceland for the proposal. To make ends meet, Brandon was shown doing odd jobs at Hummingbird Acres Farm. During the 90 Day Fiancé Tell-All, Julia admitted to helping him with those tasks.

However, it was also revealed during the Tell-All that Brandon and Tell-All villain Julia were staying with his parents, despite Ron and Betty confessing that they were free to leave whenever they wanted to. However, recent Instagram posts by the 90 Day Fiancé: Happily Ever After? season 6 couple prompted rumors about Brandon and Julia having shifted to a new apartment. Krasnodar native Julia has posted funny IG videos from her kitchen, which doesn’t resemble the one seen in Brandon’s family house. In this case, apart from their TLC checks, it could be their Cameo earnings that are helping Brandon and Julia.

Brandon and Julia are known to entertain 90 Day Fiancé fans with their creative video messages on Cameo. Quite a few TLC viewers have praised Julia for the effort she puts into making her Cameos more entertaining and interesting. Even the couple’s intro on their profile page is a riot, with Julia mouthing her signature “I go Russia” after Brandon laughs that fans shouldn’t be taking the advice he gives. For their cute shenanigans, the 90 Day Fiancé couple charges $40 per video request and $0.99 for direct messages.

So far, Brandon and Julia seem to have garnered 11 positive five-star ratings. Customers praise their quick turnaround times and “sweet, lively” attitudes. Furthermore, Julia charges $40 for a solo video message from her and has over 21 five-star reviews. Brandon has 13 reviews so far and earns $37 for each video. Taking the reviews into consideration, 90 Day Fiancé couple Brandon and Julia have combined earnings of $1,761.

As reported earlier, Brandon’s net worth before he joined the 90 Day Fiancé star cast was a little below $100,000. While Julia may not have her work license yet, the 15 jobs that she did in Russia, including fitness instructor and designer, may have allowed her to make some money that she could save. Julia also revealed that dancing is a big part of her life. This future reality star started working at age 13. While watching Julia grows professionally as a dancer is something that fans would love to do, it looks like she is focusing on earning as an influencer, along with her 90 Day Fiancé hubby Brandon.

Next: 90 Day Fiancé: Clues Brandon Is Lying About Being Too Poor To Move Out Of Parents’ Home

Vivica A. Fox Recalls the Racial Insult Ivanka Trump Made to Her on Celebrity Apprentice
Sonja Morgan Explains Why She Didn’t Want Her Daughter Quincy Morgan On Real Housewives Of New York; Teases A Possible Appearance In The Future
Iceage Share New Song “High & Hurt”: Listen
Jennifer Lopez Wears the Most Sparkly Outfit Ever at the Vax Live Concert Special
LeeAnne Locken Denies Sending Video Of Bryan Redmond With Another Woman To Brandi Redmond’s Daughter