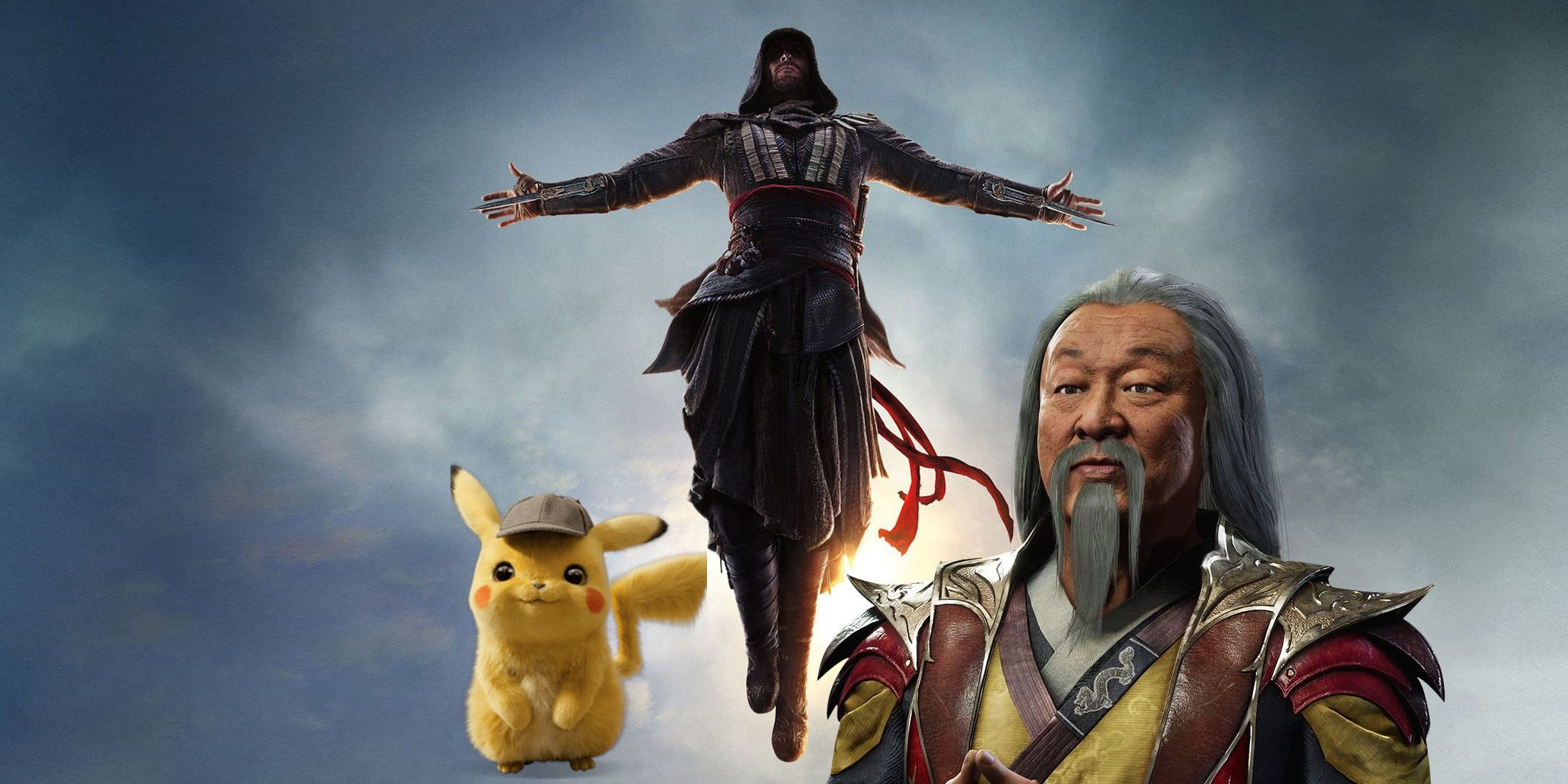 Hollywood has a mean habit of grabbing a name people recognize and plastering it onto a movie that only vaguely resembles its supposed inspiration. No matter if it’s a beloved young adult novel or a classic board game, throwing in a few well-known actors and a formulaic plot will make the whole production run smoothly. It obviously won’t guarantee success, but sometimes lightning strikes and a studio ends up making six movies about Resident Evil starring a character that wasn’t even in the video game. There have been plenty of adaptions from the world of gaming to the silver screen, but it takes a full survey to find the ones that accurately depict the worlds they’re supposedly based on.

The very first video game movie was Super Mario Bros., a hyperactive fever dream that only truly represents the NES platformer when a Bob-omb comes out for the finale. This tradition of reinterpretation would dominate many early gaming-based films, including The Rock’s turn as a space marine in Doom and the many cinematic offerings of Uwe Boll. Not only that, but Hollywood leaped at gaming properties left and right without actually making the films they promised, meaning that gamers stopped getting excited whenever a studio announced that their favorite game was coming to the big screen.

It seems that the video game movie trend was ahead of its time, as 2021 is a nostalgic age for Hollywood where anything and everything is fair game. Not only that, more accurate film adaptions like Marvel’s massive cinematic universe and the Harry Potter films have made filmmakers aware that fans don’t want a new vision of their favorites, they want the real deal. More recent video game movies have still often drawn the ire of critics, but they work harder to accurately portray the interactive experiences they draw from. Here are the blockbusters that do right by the source material, sometimes to a fault.

Paul W. S. Anderson’s original Mortal Kombat film is the exception that proves the rule when it comes to video game films in the 90s. A fully realized live-action vision of Midway’s arcade fighter, 1995’s Mortal Kombat has over-the-top action, accurate costuming, and the same loose narrative as the first game. The immense popularity of this adaption kept the fandom burning bright, even when the series took a dip in quality. The developers know the importance of the film to fans, seeing fit to honor the film in 2019’s Mortal Kombat 11 by bringing back its actors for DLC skins.

Unfortunately, this quality could not be maintained for a franchise, as direct follow-up Mortal Kombat: Annihilation plays like a direct-to-video clone of the first film. Warner Bros. is trying again with a new film this year that looks to utilize modern technology to get even closer to the games, but fans will likely not soon forget the 90s original and its killer theme song.

One way to faithfully adapt a video game to the cinema is to choose a video game with scant few things to adapt. This is certainly the case with Rampage, an arcade game about giant animals punching buildings and gobbling up civilians. The 2018 film version starring Dwayne “The Rock” Johnson features the three giant animals most prominently featured in the series, and they all cause wanton destruction in original developer Midway’s hometown of Chicago.

While the adaption doesn’t feature humans turning into giant animals, the main villain sports the same red dress as the female food George encounters in the game for their brief encounter. The adaption also features some rather over-the-top science plotting to make the story make sense, but it’s all layered on top of a film that accurately depicts the whole of the Rampage experience.

While 2019’s Detective Pikachu does not strictly follow the storyline of the Nintendo 3DS game it’s named after, the film does a spectacular job of translating the world of Pokémon to live-action. Some creatures fare better than others in the translation, but monsters from across the generations look and feel just like their gaming counterparts. The titular detective also speaks as he does in the portable game, although he’s voiced by Ryan Reynolds instead of Danny Devito as the Internet would have preferred.

A lesser-known Hollywood adaption from the world of gaming, 2006’s DOA: Dead or Alive brings over everything fans could ask for from Team Ninja’s famed fighting games. The film stars accurate depictions of Kasumi, Tina, and Christie as the main heroes, with most of the other staple fighters making appearances in costumes ripped straight out of the games. The film features ample fighting scenes (including some with on-screen life bars and an announcer) and a scene nodding at the game’s bikini-focused volleyball spinoff.

The movie has no qualms with selling itself on sex appeal in the same way that the games often do. This focus on titillation over all else fit the world of film more than the world of games, especially in the mid-2000s. Perhaps the only big change DOA makes in its source material is casting the notably tall former WCW champion Kevin Nash as Tina’s father Bass.

Blizzard came out strong with their 2016 adaption of the world of Warcraft to the big screen, impressing international audiences and achieving the highest earnings of any video game movie to date. The film is a spot-on recreation of Blizzard’s fantasy realm thanks to heavy use of CGI and game-accurate storytelling.

In fact, the movie is so accurate that it proved to be a sticking point with critics, saying that the film fails to recognize how over the top and silly its world feels when translated to live-action.

Ubisoft is a publisher at the forefront of more accurate game-to-film interpretations. Starting in 2016 with their Assassin’s Creed film, the French company started their own film division to bring their IP to the big screen. The film itself, while criticized for its overplotting and overreliance on CGI, does feature almost everything a fan of the Assassin’s Creed series of games would be looking for in a big screen property.

The one missing factor is a familiar character as the main protagonist, with actor Michael Fassbender instead portraying a new character in the franchise’s continuity. Other than that, Fassbender climbs into the Animus, stabs guards with the best of them, and performs a leap of faith off a building. The film even initially had a follow-up Assassin’s Creed sequel in the works, but Disney canceled it along with every other game adaption 20th Century Fox had in their pipeline after the company’s massive buyout.

Next: Why Video Game Movies Suck