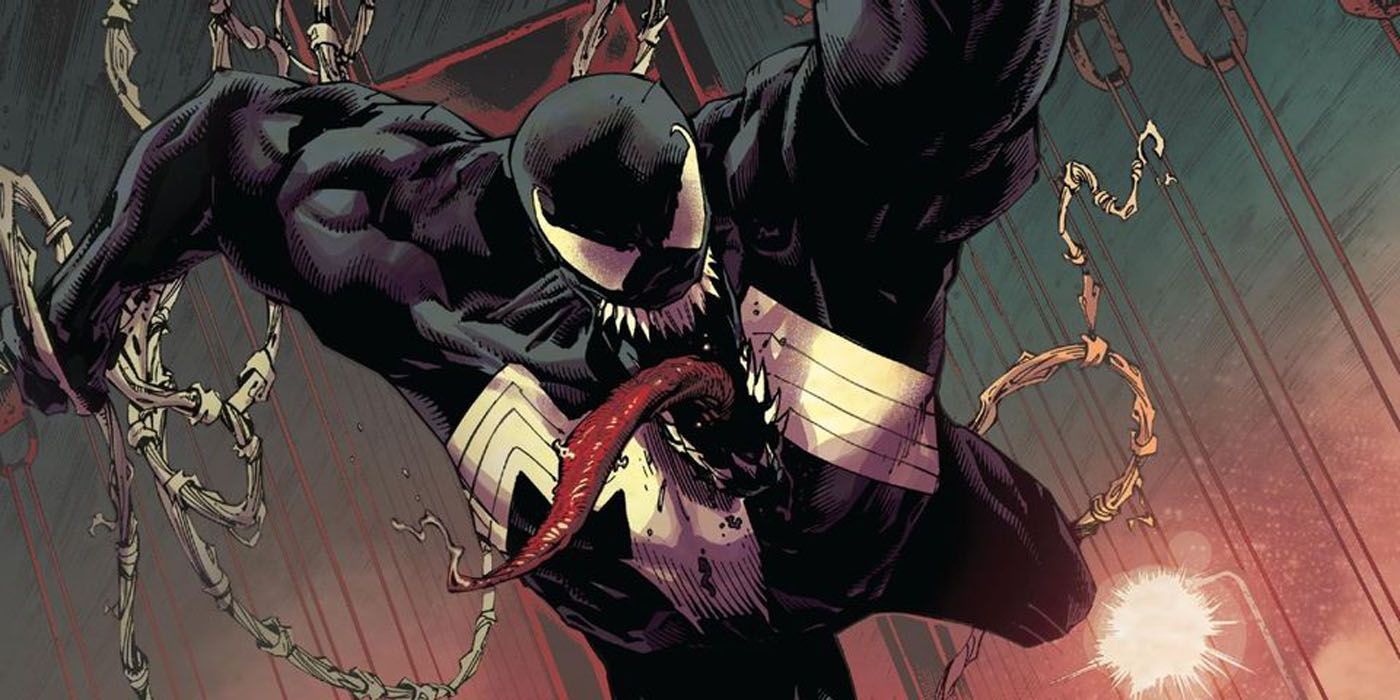 Warning! Spoilers ahead for King In Black #5 by Donny Cates and Ryan Stegman!

Something Venom recently said at the end of King In Black #5 proves that Eddie Brock just underwent a massive change, beyond him becoming the god of the symbiotes. Up until now, Venom always referred to Eddie as “us.” But he just called Eddie “you,” not once, not twice, but seven times.

Created by Donny Cates and Ryan Stegman, the King in Black saga ends with Venom driving Knull’s body into the sun, effectively destroying the King In Black and ending the god’s short, but intense reign of terror. As he celebrates, Eddie later notices that he can hear the voices of the Hive but can’t understand them, to which Venom responds: “They are speaking to you in our ancient tongue, Eddie. Because you…you defeated the void. You freed our kind. You are the hive mind now…Eddie…you…are the god of the symbiotes…you are the King In Black.“

Related: The King in Black Just Handed Deadpool His Most Disgusting Defeat

This radical change is so much more significant when considering how much Eddie was struggling with his identity earlier on during his battle with Knull. At the time, Eddie had temporarily lost the Venom symbiote and had just bonded with the Enigma Force. When he later fuses the Silver Surfer’s board and Thor’s hammer into a righteously epic battle axe, he destroys Knull’s sword, saying, “No more swords, no more dragons, just you and me.” And yet, it’s not just him and Knull. Venom still wields that amalgamated battle axe and even uses it to tear off Knull’s symbiote like a total badass.  It’s him, Knull, Thor’s hammer and the Silver Surfer’s board.

In other words, Venom saying “no more swords” implies that they won’t be using weapons in this fight. But Venom obviously is, meaning Venom either doesn’t know what he’s talking about or literally thinks that he isn’t wielding a weapon and that it’s just him fighting Knull. If the latter is true, then his incomprehension means Brock has truly lost all sense of individuality since bonding with Venom. Eddie has become so used to being an “us” that he now believes that everything he uses (and fuses with) is a part of him. Eddie is only Eddie when he’s being supported by another entity. When Eddie is alone, he’s nothing. Sadly, all of this isn’t even mentioning the fact that Eddie just bonded with the Enigma Force. So, it’s actually him, Knull, Thor’s hammer, the Silver Surfer’s board, and the Enigma Force.

And yet, Venom brings Eddie back from this dark place after the latter becomes the king of the symbiotes. He returns Eddie’s individuality and sense of self by referring to him as “you.” But what does this mean for Venom? Eddie might be the King In Black, but who is Venom? How will this affect their relationship going forward and how will the symbiotes perceive them and their rule?

Next: Marvel Finally Remembered How Powerful Sharon Carter Is

Following Rumors, See What Star Wars’ Daisy Ridley Could Look Like As Spider-Woman
Radiohead Unearth Thom Yorke’s 2005 From the Basement Concert: Watch
Colton Underwood’s Bachelor ex-girlfriend ‘had no idea’ he was going to come out on live TV
Zoe Saldana’s Adidas Collection at Kohl’s Celebrates Women of All Shapes & Sizes
Mario Kart 9 Should Be The Smash Ultimate Of The Series