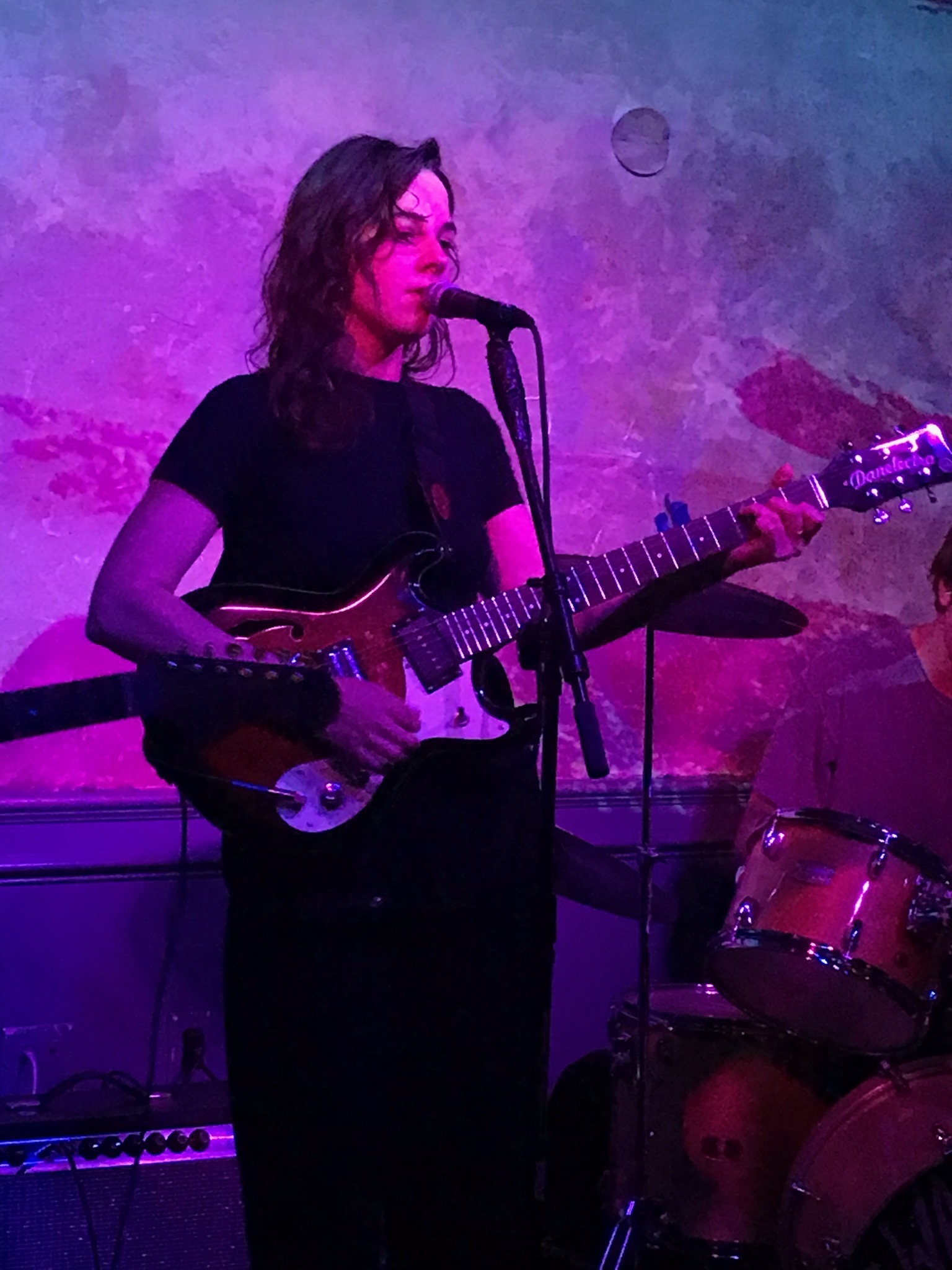 Debut records, regardless of their length, are more often wrought with unfocused passion and hesitant execution than they aren’t, but this certainly isn’t true of Izzy Outerspace’s Amazon. Consisting of eight simple but thoroughly engaging compositions, Amazon is an EP that runs 28 minutes in total – making it more of a miniature album than it is a proper extended play, and it makes use of each one of these minutes as though they were serving as the last opportunity for this singer/songwriter to express herself. She isn’t taking anything for granted in this record; if I had to describe her debut in a word, it would be honest.

The string play is rather brittle even in the heavier doses of melodicism courtesy of “Spare Time” and “Vietnam,” and it can definitely be said that Izzy Outerspace breathes vitality into their harmonies through much more than her lyrics alone. There’s an unrelenting sense of pessimism weighing on her shoulders throughout a good chunk of this performance, but instead of coming across as being self-indulgent it instead sounds rather comforting in the culture of bloated righteousness we’ve cultivated in the west. This is a woman who doesn’t pull punches, even if it means giving us an exquisite harmony flanked by a bitter, angst-ridden rhythm (“Wildfires”).

Izzy Outerspace’s words could be interpreted as scathing in a few different moments in Amazon, but I for one like the unfiltered manner in which she constructs a narrative; especially in the case of songs like the title track and “Stars.” I feel like there’s so much more that she has to share here, as though she’s merely scratching the surface of a subject in “Empty” that could account for an entire concept album if she so desired to make one. This isn’t to say she’s holding something back from us, but instead to assert just how much potential she has moving forward.

The percussion is a stealthy force in “Empty” and “Vietnam,” but its conservative placement in the grander scheme of things is nonetheless an important part of why the tracklist unfolds with as much ominousness as it does. There are moments in which the ebb and flow of the mood in Amazon reminds me a bit of Mark Lanegan’s The Winding Sheet, but with a far more robust tonal presence from the voice behind the shadows. Izzy Outerspace is unproven in the underground, but she shows us that she has a lot of charm as an artistic entity in this vastly personal collection of songs.

Confidently cold and beautifully broken in the most relatable of ways, there’s simply no other way for me to put it; Amazon is one of the most profound rookie efforts I’ve heard in the last year, and much like some of the great indie affairs to come before it, this is a record that holds no debt to any commerciality in or outside of its composer’s scene. Izzy Outerspace rockets us to the stars on the back of a morbid aura that screams for us to understand its pain in Amazon, and I’m eager to hear what she’s going to do for the sequel to this incredible debut.