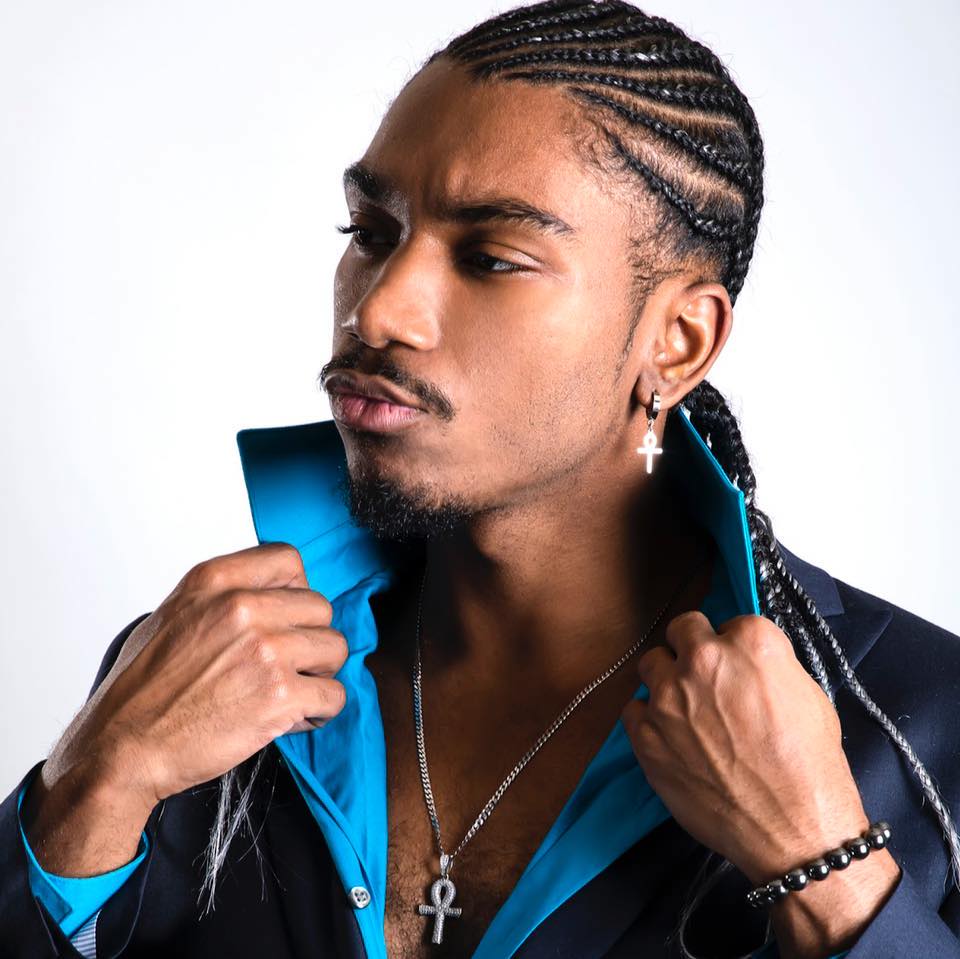 Employing a beat to set the mood for a song is one thing, but when it comes to utilizing everything from its tempo to the very tone of its presentation as a means of expression akin to a solid lyrical delivery, Louis Miller puts on a clinic in the new single “Drop on the Leaf.” Stylized with a heavy influence from outsider trap, psychedelic crossovers, industrial pop and even a hint of ambient music that instantly brings to mind Aphex Twin – a sample I’d love to hear him play with sometime – Louis Miller’s “Drop on the Leaf” is nothing short of hybrid adrenaline pushed to its very limit and then some. Experimental construction? Check. Melodic vocals that bind together the heavier textures with the simplicity of the groove itself? Good to go. Poeticisms directly reflected within the frame of a harmony from heaven? Check out the 3:00 mark in the track – definitely covered there. This artist isn’t satisfied using verses as his lone channel of emotional output in this song; on the contrary, he’s going to unsheathe every weapon in the studio and inside of his own soul in what feels like his best performance to date.

I got a really minimalistic feel from the structure of the hook in “Drop on the Leaf” when I sat down with the single for the very first time this week, but it’s a different style of the aesthetic than I’ve been hearing from similarly underground artists in the United States this past year. The chorus is almost inconceivably fragile and emotionally exposed, but the bass behind it remains strangely foreboding and strong enough to make every word sound as heavy as thunder. The lyrical substance in “Drop on the Leaf” is shaped not by the fluidity of Miller’s execution – which is sterling on its own – but instead by the way he puts he verses to us with a skewed elegance and angst. He’s always in control when the mic is in his hand, but there’s something unmistakably shaken about his statements in this song that make me feel like he’s reaching out to the audience almost to confirm that he’s still in our reality (and we’re in his). It’s equally tragic and tenacious because of the poetic value here, and it makes me want to hear an LP from his camp all the sooner.

In an era of pseudo woke commentaries contrasted with legitimate anthems addressing the struggle, what Louis Miller has to share with us in “Drop on the Leafe” is a provocative piece of surrealism removed from – yet cosmetically at the center of – the conversation. There’s so much heart being worn on Miller’s sleeve here, but when I listen to this track, I step away feeling as reflective as I do connective with what I perceive to be the deeper message here. Cohesive or not, the blueprint for this man’s sound is breathtakingly different and aggressively antiestablishment from an artistic point of view, and that’s definitely enough to bring me back for another listen in the future.

Coronating Regina King: How She Sidestepped the Child Star Curse to Become Hollywood Royalty
How Billie Eilish’s Apple TV+ Documentary Stacked Up On Streaming Compared To Beyoncé And Taylor Swift
South Korea’s first trans soldier found dead a year after being booted out of the army
The Bachelor Announces Chris Harrison’s Replacement for After the Final Rose Special
What’s Happening on WandaVision? The Ultimate Pre-Finale Cheatsheet