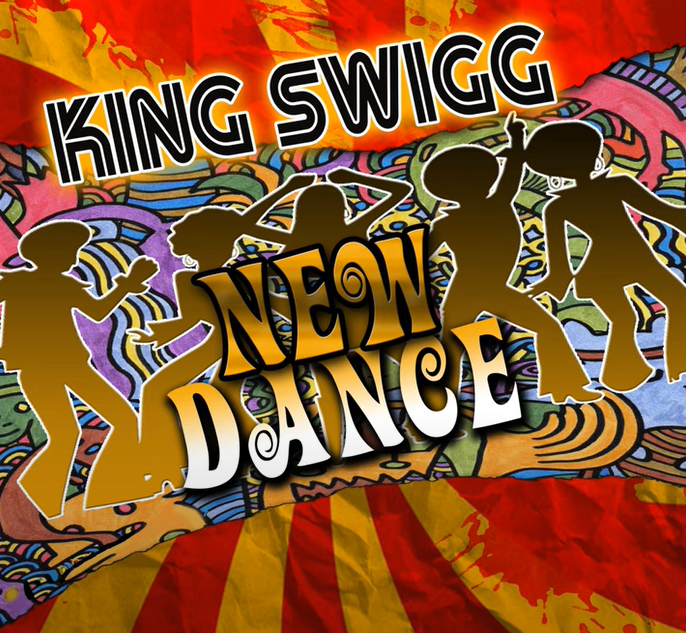 The last two years that have gone by since King Swigg’s “Tattoos & Jewelry” first hit record store shelves have kept the up and coming rapper plenty busy in the studio, and while 2020 hasn’t been the landmark touring year most of us had hoped for, it isn’t slowing this cat’s momentum for anything. King Swigg is back from a fresh round in the booth with “New Dance” this fall, and while it’s a slightly bolder instrumental look than previous releases have offered, it’s ultimately a love letter to those in his growing fan base of both casual listeners and serious aficionados around the globe.

It definitely would seem as though paying homage to the old guard with this ultra-funky bassline was a priority for King Swigg when he was putting together the components to create “New Dance,” but I don’t think I would call this a complete retrospective on his influences. On the contrary, I think his sound is naturally diversifying and starting to feel more like the well-rounded foundation of a mainstream career than it is an indie résumé still becoming something respectable enough to shop around to labels. He’s got too much confidence for that, and this song makes excellent use of it.

King Swigg’s lead vocal is so crisp in “New Dance” that it sometimes appears to be deliberately as cutting as the lyricism is. From this angle, he’s growing dissatisfied with the limited spectrum so much of the common hip-hop model has left his contemporaries with, and although he’s doing his own thing here, it occasionally sounds like an explicit attempt at calling out the establishment. This is a man who doesn’t care about the commerciality of the game, but instead wants to reject it with his own brand of vulnerable songcraft via the slick beats we find in this track.

Unlike a lot of the other rhythm-driven compositions I’ve had the opportunity to listen to in the month of December, the percussive component to “New Dance” has a lot of substance and contributes as much to the emotionality behind the narrative as any of the words ever could (if not more in some moments). Moodiness is what separates the all-timers from those who get just far enough to win some awards and cash two or three big checks before calling it a career – luckily for King Swigg, he seems to have it in spades.

If you weren’t already into this guy’s music before stumbling across “New Dance” this holiday season, something tells me the melodic wonderment it has to offer inside a truly modest one hundred and thirty seven seconds of play is going to have you quite intrigued. King Swigg is competing in the big leagues now, and though he isn’t turning over his indie street cred for the plasticity of a major label style of songcraft, it is becoming quite clear that he has well outgrown the insular American underground that gave life to his budding career in the first place.

Rally descends into chaos with speaker calling gay mayor a ‘little f****t’
Ashley Darby Welcomes Second Child With Husband Michael Darby
Jackie Goldschneider Says Teresa Giudice Thinks She’s “The Most Important Person On Reality TV And No One Can Fight Against Her” And “Everyone Gives Her A Pass For Everything She Does”; Claims Jennifer Aydin Is “Obsessed With Being Teresa’s Friend”
San Diego Comic-Con Going Virtual This Summer But In-Person Event Planned for November
Will The Queen’s Gambit Season 2 Happen? Anya Taylor-Joy Considers the Possibility