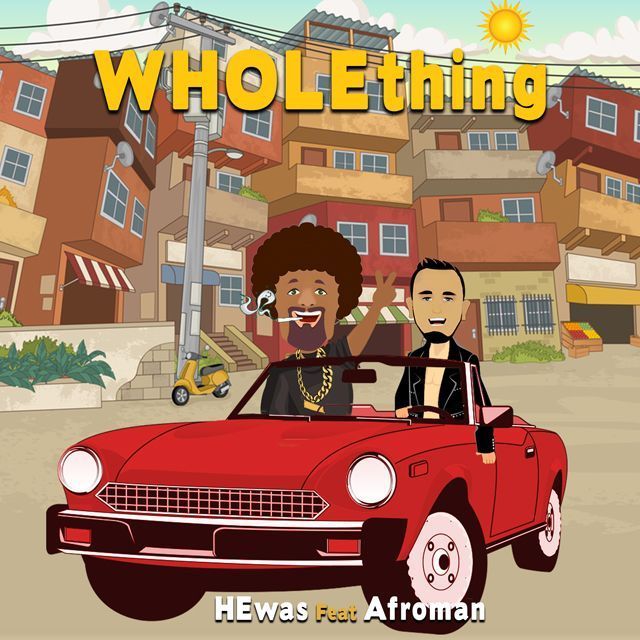 Hitting us like a ton of bricks but stopping shy of being overly physical in this intro portion of the track, HEwas is ready to unleash a sonic beast in his sophomore single “Wholething” with Afroman and he isn’t pulling any punches about it. From the start of the track forward, it’s obvious that he has one prerogative here, and that’s to get us free of our worries and onto the dancefloor before we even reach the first chorus. HEwas has been quietly racking up a lot of online attention with his first single in 2020, “Lemon,” but with a little help from Afroman he’s proving to be even better at complex compositional schemes here than I had originally thought him capable of.

There’s nothing stopping the percussion from connecting with the bassline at the midway point in “Wholething” and basically dragging everything asunder with their collective strength alone – except for HEwas’ vocal, that is. While Afroman is spitting some fierce verses here, it’s his counterpart that actually sounds like more of an old pro when firing away at the main melody in this song. It’s almost as if he’s coming undone, or simply releasing a pent up frustration in this performance that he just wasn’t quite ready to do in “Lemon,” and for an artist that is just now finding an artist both domestically and on the international stage, this is a really big achievement to be celebrating. Some of his peers will go a couple of albums in before finding it; for others it never comes.

As we chug towards the conclusion of the song, the beats seem to get tighter and tighter until they’re downright constrictive, but this isn’t enough to make the vocals any less powerful in the finish. We’re made to link up with lyrical narrative right off the bat in “Wholething” not only through the moodiness of HEwas’ execution but the actual technique he and Afroman demonstrate for us in their frequent exchanges, and I think no matter what sort of rhythm they would have employed for this track, they still would have been an impossible pair to compete with. They’ve got great chemistry, and it would really be something to see them perform together in person if for no other reason than to see how it translates from here.

HEwas hasn’t been in the game nearly as long as Afroman has, but in “Wholething” he’s showing us that he has the right approach to compete with the very best of them (which isn’t true for a lot of his most heavily-hyped contemporaries in the mainstream and underground the same). He isn’t shy about being himself, and through the experimentalism he’s given us in “Lemon” and this latest release, he makes it known to anyone who has an interest in his work just how uninterested in plasticity he really is. If you don’t already know this, “Wholething” is where you need to start, and this December is the right time to start it.

What If Mid-Season Trailer Sets Up Guardians of the Multiverse
The Matrix Resurrections Trailer Had Action, But The Internet Is Obsessed With Keanu Reeves In The Bath
Nicki Minaj’s Husband Kenneth Petty Pleads Guilty to Failing to Register as a Sex Offender
All the Info on the Gold Masks Kathy Hilton & Lisa Rinna Used on Real Housewives of Beverly Hills
Which Teen Wolf Character Are You Based On Your Zodiac Sign?