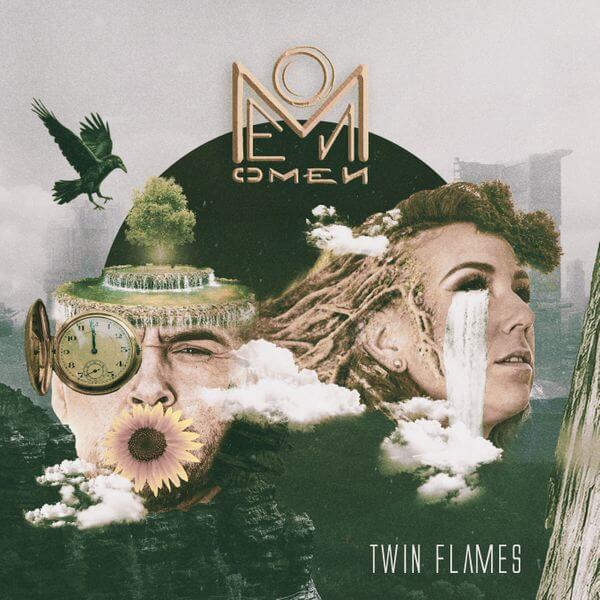 Peering out from behind a blanket of silence with a glimmer of melodic ribbonry, “Giants” slowly finds a route out of the darkness and into the light, eventually filling the air around us with an aural richness I simply wasn’t prepared to hear when I first sat down with Twin Flames’ Omen this past weekend. Strikingly different from the initial stomp of “Follow Me” and cathartic rush of color that is the single “Battlefields,” “Giants” is but one of the twelve songs you’re going to hear in Omen, but it’s as important to the structure of the record as any of the compositions it sits beside.

“Battlefields” lays everything out on the table shortly after our pressing the play button on the LP, and its harmonies filled with heartache ironically elevate the tone of the music that follows in “Pisuppunga” in a fashion that wouldn’t have been possible were “Human” the first song in the tracklist. The flow of the music here is dependent upon your understanding of the lyrics and, even more importantly, the melodies and beats that frame them, and if you’re able to get into the sonic wave that comes down on us in “Battlefields,” it’s next to impossible to turn back as this duo pushes forward.

One of my favorite songs in the first half of Omen is the raw “Outcast,” and though it’s one of the shortest tracks on the record at just over three and a half minutes in total length, its grungy centerpiece vocal and pleading lyrics make it one of the more memorable performances here. It’s in instances like this one and the postmodern “Who I Am” that Twin Flames are able to flex the most muscle – unlike a lot of their contemporaries, I think they do better when they have more negative space to balance out than when they’re afforded less (the inspired but quite insular Signal Fire, for example).

“Without Tears” has the most progressive construction of any composition here other than “Giants (Reprise),” but its multilingual poetry and fleeting acoustic guitar pulsations make it as difficult to evade as the eight and a half minute-long title track. While it’s longer than “Stairway to Heaven,” the title cut in Omen has just as robust a release, showcasing the many-splendored talents of its players like no other song on this record does (or, for that matter, likely ever could).

Whether it be the smoky swing of “Grace Too” or the sweeping harmonies of “Battlefields,” Twin Flames’ tremendously engaging new album is one that I’m rather certain you’re going to find something to fall in love with. There isn’t a moment here in which Twin Flames sound even slightly in over their heads – in fact, I would argue they’ve probably never been as in-tune with one another and their goals as an act as they are in this collection of performances. It’s unquestionably one of the most unexpectedly raw and emotional albums I’ve listened to this September, and one I think a lot of critics will be thinking of when it comes time for yearend awards.