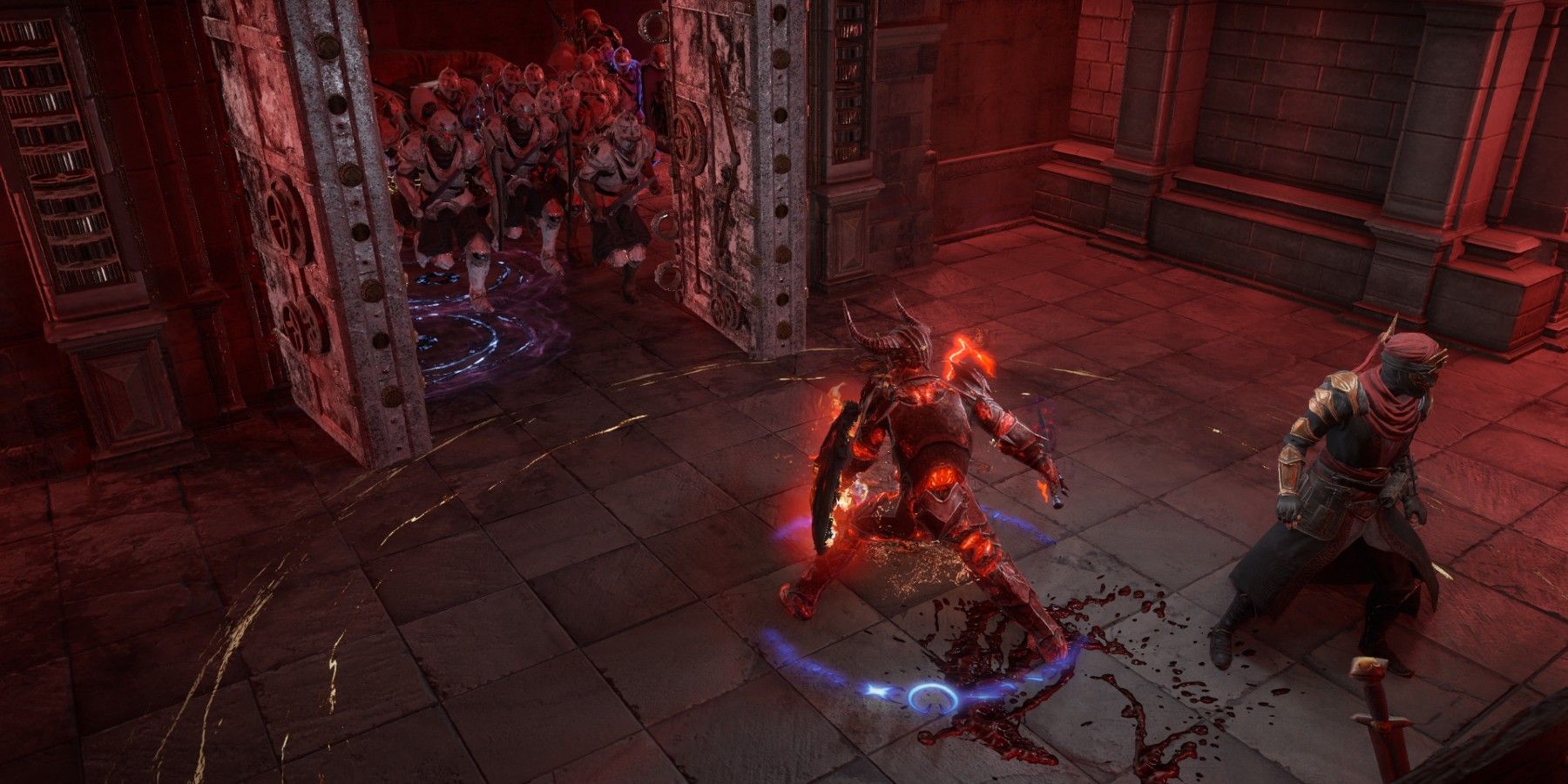 PC and Mac users can start playing the new Path of Exile: Heist expansion today, and console players will be able to dive in until next week. Screen Rant was able to preview the Path of Exile expansion a couple weeks ago after sitting down with Chris Wilson, the managing director and co-founder of developer Grinding Gear Games, and get a look at its new features.

The expansion was originally supposed to release in June 2020, but this year has been consistently ruining the best-laid plans. However, the team is finally ready to release the newest Path of Exile content despite still being under lockdown. The game borrows heavily from Blizzard’s Diablo franchise, implementing dungeon crawling mechanics from a top-down perspective, but offering plenty of its own twists, especially where character customization is concerned.

Related: How to Use The Sacred Grove for Gardening in Path of Exile: Harvest

After a delay, Path of Exile: Heist is releasing for PC and Mac today, but console players will have to wait until September 23rd to get their hands on it. The expansion will see players solicit the assistance of highly skilled thieves to help them infiltrate “secure facilities to retrieve valuable Artifacts.” As the expansion’s title indicates, players will have to utilize stealth while circumventing security lest they become overwhelmed by guards. After retrieving the Artifact, players will have to retreat to an extraction point after the alarm automatically triggers. If caught, players will lose whatever they pilfered from the facility. Path of Exile: Heist will feature an extensive amount of new content, such as the Heist League, Unique Items, a new set of spells, and more. As with the Path of Exile base game, Heist will be free-to-play. It also introduces new NPCs, skills, items, and a new area called Rogue Harbor. Grinding Gear Games also released a trailer for the expansion a couple weeks ago, which can be viewed below.

Aside from the game’s popularity, one of Path of Exiles most interesting selling points is that it’s free-to-play without also being pay-to-win. Many games have implemented free-to-play as a selling point but tend to also provide in-game advantages to players who conduct microtransactions. Black Desert Online is one such title, and while it’s possible to thrive in that game without ever using microtransactions, the road to prosperity is far lengthier and more arduous. Path of Exile seems to pride itself on avoiding this divisive practice, choosing instead to focus on quality and fairness.

Even the early days of Star Wars: Battlefront 2 had a pay-to-win feature, which sparked outrage and talk of banning the practice of loot boxes and microtransactions altogether. That Grinding Gear Games has made it a point to highlight Path of Exile: Heist being free-to-play without pay-to-win is a credit to its commitment to fostering fair play among fans. While people are free to spend their money as they see fit, and companies also need to earn revenue to continue operating, giving those who have more money than others a competitive advantage is a huge turn-off for many players. Given the success of Path of Exile so far, the game seems to be doing just fine without it.

Next: Battlefront 2 May Not Bring Back Certain Microtransactions; In-Game Rewards Boosted

Path of Exile: Heist is available on PC and Mac now, and on PS4 and Xbox One on September 23rd.

As a video game journalist with experience authoring previews, reviews, news, interviews, and opinion pieces, Dylan has a proclivity for offering analyses of the gaming industry’s most trendy topics. Whether tackling disastrous or spectacular releases, he does his best to provide balanced and accurate information.

In addition to writing his own articles, Dylan has experience editing the work of others to foster stronger bonds with fellow authors and working together to improve each other’s work.

A graduate from Bellarmine University and the Carnegie Center for Literacy & Learning Author Academy, Dylan is also a fiction author, screenwriter, and film producer.

Alongside his literary endeavors, Dylan enjoys reading, practicing martial arts, trying new foods, and playing everything from RPG’s and looter shooters to fighting games and racers.