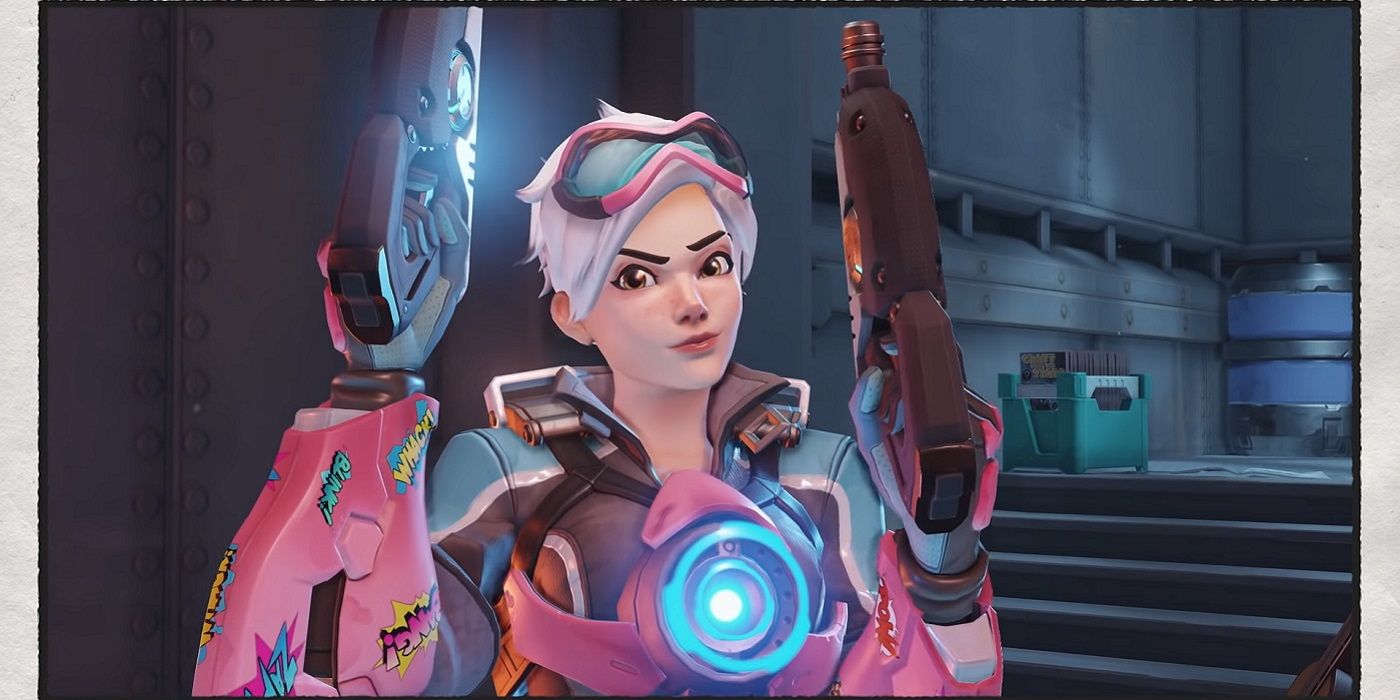 To celebrate the release of a new Tracer-centric Overwatch comic, Blizzard has released a new two-week challenge that can earn players a colorful coat of paint in the form of an Epic Tracer skin. As the years go on and more games attempt to supersede Blizzard’s popular hero shooter, the developer has attempted to draw players in regularly with challenge events. These two-week promotions give players the chance to grab a new premium skin outside of the normal holiday event schedule, and they generally tie into some other happening surrounding the world of Overwatch. Players typically get a player icon after winning three matches, a spray after six, and the main event cosmetic after nine wins.

Just shy of a year ago, Blizzard announced that Overwatch 2 would be an upcoming release that builds on the original Overwatch, with some features coming free of charge. Alongside a more comprehensive co-op campaign and a few new multiplayer additions, the game was said to support all the cosmetics from the first Overwatch. This means that the regular skin challenges are still worth something for lapsed players of the game, as they’ll have a good collection of exclusive cosmetics to choose from if they want to come back for the sequel.

Related: BlizzCon Is Returning In Virtual Form In 2021 After Skipping This Year

For this challenge event, Overwatch cover girl Tracer takes center stage once again in Tracer’s Comic Challenge. As Blizzard revealed in a trailer, the skin in question is pink all over, including the goggles that go great with Tracer’s white hairstyle. All over her armor, Tracer has applied stickers with Adam West Batman-style onomatopoeia in comic book speech balloons. This theme stretches out to a set of exclusive sprays players can attain from watching Overwatch players on Twitch. When applying these speech balloon tags, Tracer will say the words aloud, adding some functionality to an otherwise decorative in-game JPEG.

The comic that released alongside this event is called London Calling. It’s the first in a series of books that will detail Tracer’s life after the Overwatch unit disbands, which occurs somewhere in the timeline of the original game and before the crime fighting team is fully back together in Overwatch 2. In her time away from official world policing, Tracer has become a bit of a vigilante in the streets of London, keeping her image alive among the people there. During the inaugural issue, she finds a group of underground Omnics, the sentient robots of the Overwatch universe. After befriending the group, she discovers their troubles and tries to help out as best she can.

The regular skin challenge events in Overwatch are good fun, and it’s surprising that more long-running games don’t do something like them regularly. It’s an easy way to get lapsed players, especially those with collecting tendencies, to return to a game they once loved and see what’s new. Plenty of games have regular events, but they’re usually celebrations of things being added to the store for purchase, where Overwatch‘s offering is more generous. It lets players just play for a few more hours and get a new costume to add to the collection. Seems like more than a fair trade.

Next: Breath Of The Wild Speedrunners Break Hyrule With Hinox Curse Glitch

Garcelle Beauvais Is Down For Another Season If She Gets Invited Back To Real Housewives Of Beverly Hills
11 Biggest Jaw-Droppers From the 2020 Emmys–Aside From the Fact the Show Happened At All
Score Big at This Hunter Boots Flash Sale
Your Name Live-Action Adaptation Confirms Lee Isaac Chung To Direct
On Top of The PlayStation, Cosmic Horror Title ‘Quantum Error’ Also Headed to The Xbox Series X