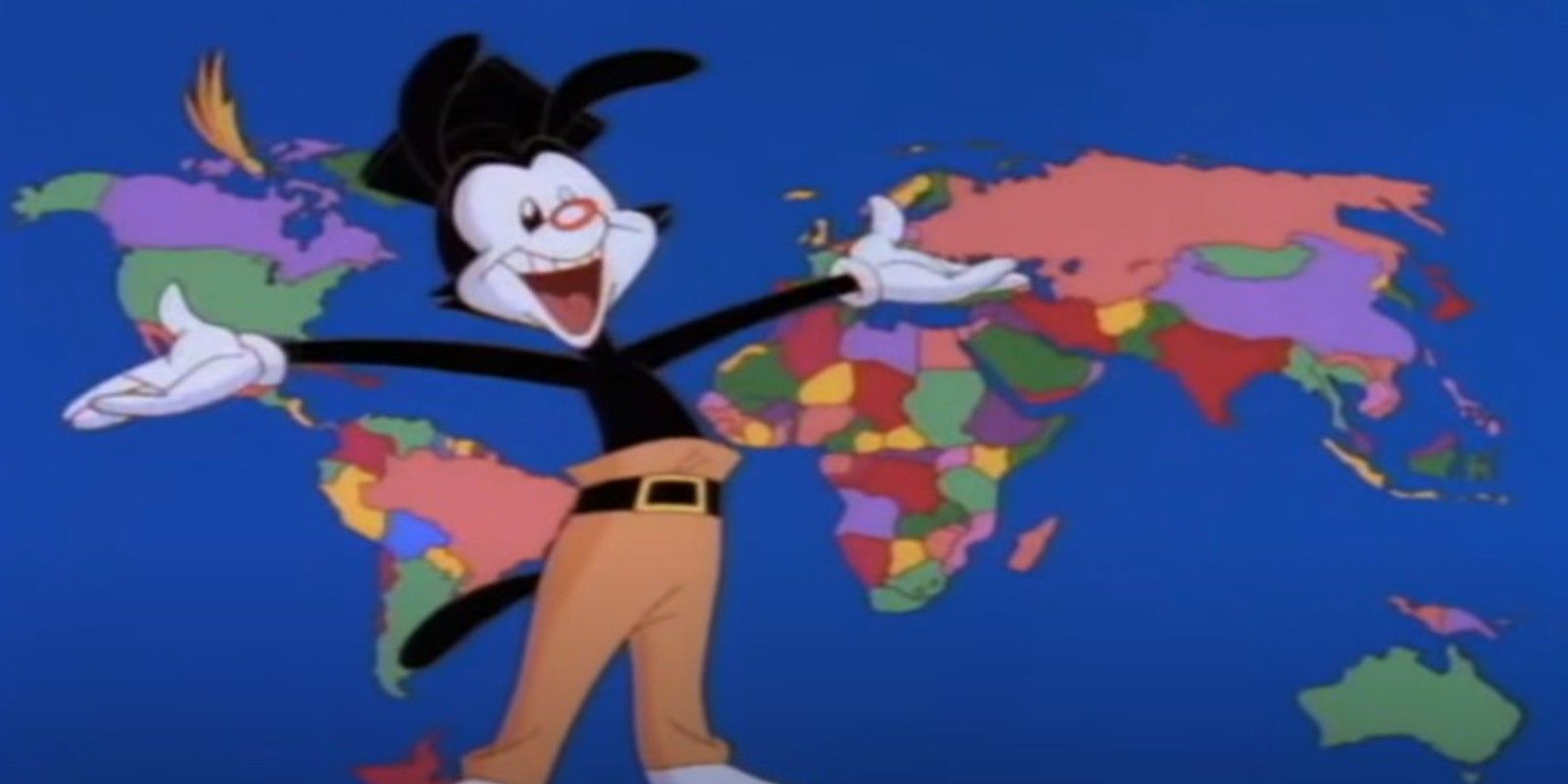 A Twitter user has hilariously edited the “Yakko’s World” song from Animaniacs to only mention countries Americans can currently travel to. The Warner Bros. Animation show partly created by legendary director Steven Spielberg ran on Fox from 1993 to 1998 and will air a two-season revival series on Hulu starting in November 2020. The show featured three main characters, Yakko and Wakko, the Warner Brothers, and their sister Dot, getting into wacky adventures and singing funny songs.

Animaniacs also spawned a number of other hilarious characters, including the hapless mice, Pinky, and The Brain, who consistently see their attempts to take over the world fail due to some silly mistake. The show was incredibly popular in the 1990s, due to its combination of classic animation styles, whacky humor, and pop culture references. It was also hailed for using the top voice acting talent of the time, including Rob Paulsen, Tress MacNeille, and Maurice LaMarche. Paulsen voiced Yakko, and sang the song “Yakko’s World” for the second episode of the show. It details almost all of the nations of the world, though some that are missing were added in a new verse for a live rendition performed by Paulsen in 2017.

Now, Twitter user Matt Gardner has edited the song to make Yakko only sing the names of the countries that Americans can currently visit. Currently, American citizens can only travel to a very small amount of countries due to the fact that the coronavirus pandemic is raging across the nation. As a result, Yakko spends most of the song silent, bouncing along to the tune, waiting for one of the nine countries to sing about. The sad, yet hilarious, edit can be seen below:

The song is already a little out of date, as more nations have subsequently opened their doors to American citizens, but the point is clear. Americans are currently pretty much trapped within their own borders until the pandemic is over. The video is also a political statement, suggesting that President Donald Trump has mishandled the crisis, especially when compared to neighboring Canada, who have managed to contain outbreaks and mostly overcome the pandemic at this point.

Regardless of politics, the new version of “Yakko’s World” can be depressing for Americans, but hopefully the world will return to normal soon enough. Many countries around the globe have started re-opening, and a number of movie productions, including big-budget blockbusters like Universal’s Jurassic World: Dominion have started up again, so it’s not all bad news.

One wonders if the revival of Animaniacs will feature content related to coronavirus, or even whether they will riff on this edit. The original series often managed to slip adult jokes past censors and also would comment on political issues of the day. If they keep up the tradition, it would be great to see a new version of this song related to how well each nation dealt with coronavirus.

Daniel Gillespie has been a writer and editor for the past 11 years. His favourite filmmakers include Stanley Kubrick, Denis Villeneuve, Christopher Nolan, Wes Anderson, Edgar Wright and the Coens. Currently working out of New York City, he is a film-obsessed immigrant from Cape Town, South Africa. When he isn’t watching, writing about or thinking about films, Daniel likes to go hiking in the mountains with his wife.

Watch Tune-Yards’ Video for New Song “nowhere, man”
I Went Back To A Movie Theater For The First Time Since March, And It Was Weird
H&M Has the Affordable Voter Merch You Need
Get Rachel Brosnahan’s Modern Mrs. Maisel Beauty Look From Emmys 2020
Ulta Beauty’s 21 Days of Beauty Deal of the Day: 50% Off Tarte and Dermalogica!